When we think of Joseon(official name of medieval Korea since late 14th Century) Navy, we always think of turtle ships and panokseons. In fact, these warships had also been included in their roster:

In some occasions they may draft fishing boats to conduct scouting missions or bolstering their ranks.

Furthermore, as an Asiatic thalassocracy, Koreans can also receive some more unique upgrades to make their navies one of a kind:

Could be years before Korean DLC since China is representing East Asia as the archetype, I think the Devs would prefer some other archetype Civ first, maybe Africa for political correctness or Northern European for Viking fever.

Just like Turkish and Basileía Rhōmaíōn, the Kindom of Makuria and the Norse will be the best bets of next DLCs by this standard. If both Japanese and Koreans will also be included, however, a separate two-branch(one for Korean and one for Japanese) campaign that begins from the Naval battle of Baekgang might be feasible to depict separate developments of Koreans and Japanese after they entered the influence sphere of Tang Dynasty.

I really hope they’ll go with Goryeo/Silla rather than Joseon when theming the Koreans this time around; Joseon doesn’t begin until 1392–practically the end of the game’s period already–and is still transitioning from Goryeo for much of that next century. AoE2 is Medieval and Goryeo from the early 900s to late 1300s fits the period almost perfectly. Joseon is really more Early Modern than Medieval, especially once we get to more recognizably Joseon culture.

Could be pretty interesting to see a monk-themed Korea for once too. Silla and Goryeo were prolific sponsors of Buddhism, moreso than Japan of the period really even though people leap to the connection there far more readily.

In this issue I could only think of two types of cavalries available to Goryeo Army: Hwarang like this: 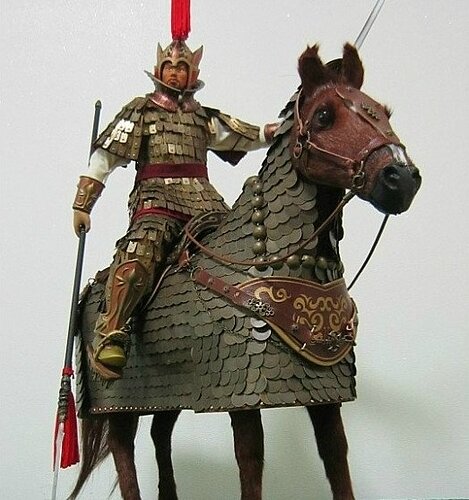 South Korea only had its own language in 1443. What kind of phonetic system should we have? Another Chinese?

This is great, but hopefully we can have more diverse civs like Meso-Americans, Native Americans, Africano, Caribbean or South Asian before Koreans, as much as I’d love them.

Korea had its written language invented in 1443*

At any rate, Koreans would be a cool addition as a turtling faction.

Also, a killer marketing move to expand into the Korean market. They’re sort of itching for the new big RTS title since SC2.

Some kind of Goryeo infantrymen: