After destroying the Hungarian towns and castles in Blood for Blood, the Duke of Austria said he was coming for me, but I received no new objective and the game didn’t end. Nothing new appeared in the objectives and no VO said I should be doing anything. It appeared as if I’d completed the level. I ended up destroying Austria and the Hungarian Nobles before realising I was probably supposed to be going to a particular flag. The level completed as normal when I did that. 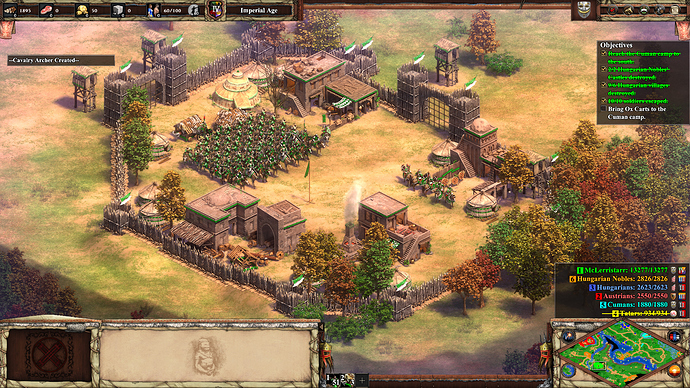 Thank you for the detailed report and image! I have passed all of this information along to our Test team so they can try to reproduce and verify the issue and see if anything can be done to better-clarify the objectives.