Hey,
After a player reaches his ‘real score’, he will, on average, win and lose 50% of the games (please, the exact math is not important here). Some players, in order to have only the pleasure of the victory, they have a strategy. They start a game, and the immediately resign, so they ‘lose’ without the feeling of losing, so they drop the score, and increase the chance of winning the next game. You may ask, “what does it have to do with you?”. Logically, when these players do that, I get the respective points for the victory without playing (let’s suppose I’m 1600, and those players do that and I “win” until I’m 2000, so, when I match a normal player, of course I will lose, I’m a real 1600, not 2000). In a nutshell, I will lose 100% of the GAMES I ACTUALLY PLAY, because the ‘automatic win’ doesn’t count in my brain, just for the score. What can it be done? Not giving score for games that lasted less than X minutes? Giving the option NOT to accept the victory in those cases? I hope I was clear

I dont see the point why people doing this, they can just simply using smurf account to crush you down, which I hate smurf most.

I explained why. They do this to have only the good feeling of victory. And it’s so simple, much easier than changing account, etc.

Sure, it can be annoying, but to me it happens very rarely, so if it happens I just enjoy the free points and continue playing.
Also I like playing against stronger players because I learn a lot more in those games. So I dont mind my elo being a bit too high and having more of those games.

I understand the issue and early quitters are a real issue. Mostly in team games, but sometimes also in 1v1s. I would suggest another fix:

Give people some time penalty if they leave early. For example the arent allowed to queue for 5 minutes (this number can be increasing if quitting multiple times in a short time frame). 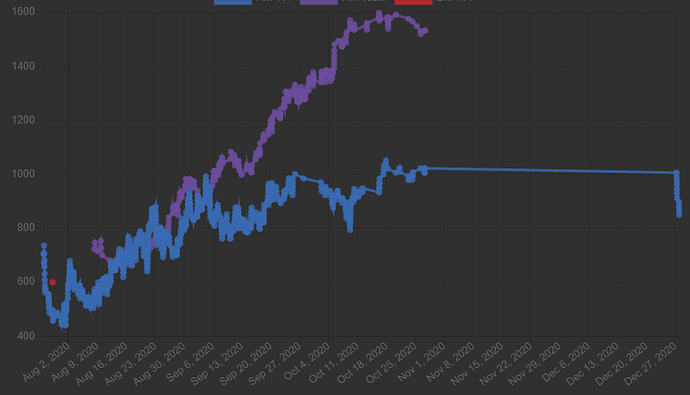 This kind of players just loose lots of elo in a small time. You can see the times at aoe2.net. You can see he played multiple games in a row lasting at most 5 minutes. This like this are just toxic for this game.

Good idea, but 5 minutes wouldn’t be enough to discourage them. It should be like some hours. It’s ridiculous ‘If I don’t get a good civ, a good map, a good start, I resign and try again’. This pisses me off.

I think we should start low, but end high. Sometimes things go wrong and that dont need to be punished hard. But if you do it frequently, it need to be punished hard. So start small, but use some increased scale. If someone just drops in 1 out of 20 games, it is not really an issue. If someone drops in 10 out of 20 games (so it can win the other 10 easily), then it is an issue.

Sometimes your game just crashes, sometimes you wifi goes wild. Both happens to me just once. I dont think we need to punish this kind of players.

Its the same reason that people write “Only noobs” in the headline when they set up a random game. They want easy wins, simple as that. It boosts their ego and they feel like BIG players. The time delay punisment idea is great I think. 5 minutes is not enough in a long way. Make it at least 30 min the first time then ad another 30 min every time it happends during say a week or so. If you give a punishment it needs to hurt or it will be pointless.