Is anyone else experiencing a problem with the Landwehr mod for Maltese civ? I downloaded the mod into my AoE III DE on Steam and when I research “Scharnhorst Reforms”, All I get (in place of the crossbowman button) is a blank space. There is now just nothing to click on where the crossbowman button was. See my screenshot below. I even unsubscribed and re-subscribed and there is no change. That is quite sad, as I was looking forward to supplementing my options with the somewhat archaic Maltese look and feel. 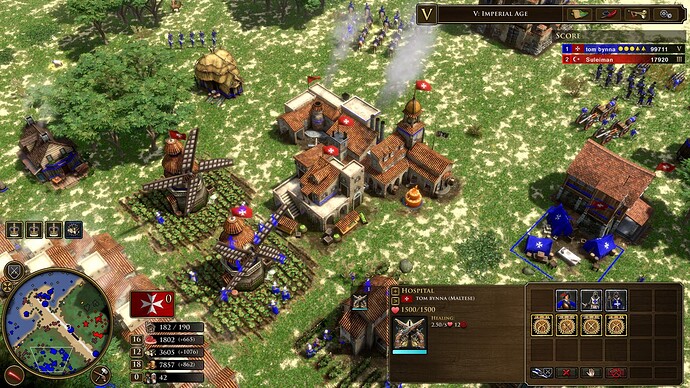 Without downloading the mod to look at it, I’d guess the issue is that the devs only put the Landwehr train line into the Galleon and all other buildings are using CommandAdd effects as part of the German card.

Build a Fort and Galleon and see if it works there, if it does that could mean the modder copied the German card to the T and forgot that Malta doesn’t have a Barracks and has its own proto building that needs to be coded in. If they did remember that, there’s still lots of little typos you could do that would render it non-working.

Hi Airborne506th. Thanks very much for your considerate reply. I shall try what you suggested and see if that does the trick. Much obliged for your time. Cheers.

No, I’m afraid that mod is not working for me. Even though I had fully upgraded the crossbowman (Imperial IVth Age) before activating Scharnhorst Reforms, the recruitment button just disappears, whether I look to recruit from Galleon, Fort or Hospital. Thanks for the suggestion anyway. I guess it was not to be…

I just tried this mod and it works fine for me. You could try disabling your other mods because there may be some conflict; sometimes different mods use the same numbers for techs and things like that, and this makes them not work well.

I’ll take a look once I have some time to do it, but the mod has been working fine for me, which it still does on my end. You might want to disable other mods and look for an incompatible one that might be causing it. 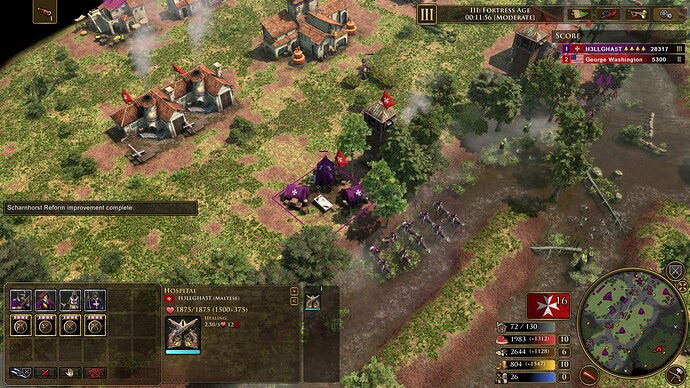 Thanks, H3LLGHA5T, I appreciate your response to my query about the Landwehr issue. I hear you about the probability of a mod conflict. I have picked up that there are a couple of other glitches that must be caused by a mod. For instance, I suddenly cannot recruit Hadjuks from the tavern. I buy them and the cost is deducted from my pile, but they just don’t spawn outside the tavern. Cheers, mate.

Hi H3LLGHA5T, by trial and error I found out which mod was conflicting with yours when I play the game on Steam. It was the Trainable Nizam Fusilier and Spahi mod by KING HADES. When I disable that mod, yours works perfectly. That mod is also enjoyable, but it also caused some other conflicts, besides this. I shall try and let KING HADES know, separately.

I’ve come across that mod and wanted to use it myself, but for some reason it messes with my decks and removes some cards from them among other things. I really don’t know what’s the matter with that one.

I’ve downloaded the mod, looked into the files and unfortunately it’s horribly made and will cause issues with almost every mod and the base game as well probably since the modder just copied the complete protoy and techtreey files (of an outdated game version as well) and changed some parts of them instead of making an additive data mod that only edits the units you want change. I wouldn’t touch that mod for that reason since it’s bound to cause issues. I might create a working version of that mod at some point.

-Edit 2
Already did, here’s the mod