Longbows vs Onager range: have your say!

Hehe. I see full upgraded longbows can have 12 range, but onagers - not siege onagers - have 8 range (maybe 8+1, in the case civ siege engineering upgrade is available in your civ tech tree)…

Does it make sense that archers have a longer range than catapult projectiles? I’m not physicist, but once there is a strong enough force applied to all that rock mass thrown by catapults, it would make sense the thrown mass gets a brutal acceleration, speed and even range. Considering this already happens to trebuchets - as massive projectiles thrown with a lot of force - even if onagers are on a smaller scale, they still should be able to fire longer than any archer.

An artillery project always gets stronger force than any arrow-hand projectile, so it sounds strange that the arrow has longer range than heavy artillery.

What’s on your view on this? Onager range should be greater than any archer, equal, or less (as it is)? I just think it’s strange that fully upgraded longbows can hit onagers “artillerymen” at a range where onagers should be supposed to hit them. I mean… even with yeomen and other stuff a longbow having 12 range still is overstreched and definitely overrated compaed to siege weapons, who should be at least that value, if not even more (like 13, keeping the 17+extra with trebuchets).

it’s about game balance, not realism
it also makes no sense that arrows set stone gates on fire

Well if you want to talk from general historical point of view, the game is far from historical accurat especially the units for the civs.

About more specific perspective (Britons in your topic) well here I will have to say somthing.

It seems Britons dilemma will remain in this game for a long time, this regardless many DE broken stuff and civs.

Britons is a big problem every where, team games they are a big problem with their OP team bonus and also 1v1 and +1 range castle and +1 imp and also they have +1 UT.

So if I have to suggest something I will do the following:

However, they will still a problem, their range will always be broken whatever you try. I don’t want to suggest remove their ranges completely even their UT because this will make a problems with the fans.

Britons are not OP in 1v1

Reach at least 1000 elo, then start making balance suggestions. As a 600 1v1 elo, or 800 tg elo player who complains about smurfs a lot, I get the feeling you don’t yet have the skill level to make good balance judgements.

Considering this already happens to trebuchets - as massive projectiles thrown with a lot of force - even if onagers are on a smaller scale, they still should be able to fire longer than any archer.

I think Koreans UT Shinkichon may explain why it is happening. It is becauase in-game Onager is actually not a real life Onager nor catapult projectiles like trebuchets. But it is something like this or other similar weapon that deal range AOE damage. Mongols also use this during the invasion of the west.

Singijeon or shinkichon (Korean: 신기전; Hanja: 神機箭; literally "Divine machine arrows") was a type of Korean fire arrow rocket, used during the era of the Joseon Dynasty (1392–1897). Multiple singijeon could be launched by hwacha (multiple rocket launcher). During the late 14th century, in order to gain ascendancy at sea against Japanese pirates (wokou, also known as waegu in Korean), fire arrows called hwajeon or hwajon(Korean: 화전) were used, which would become the predecessor of the singijeon. Th... 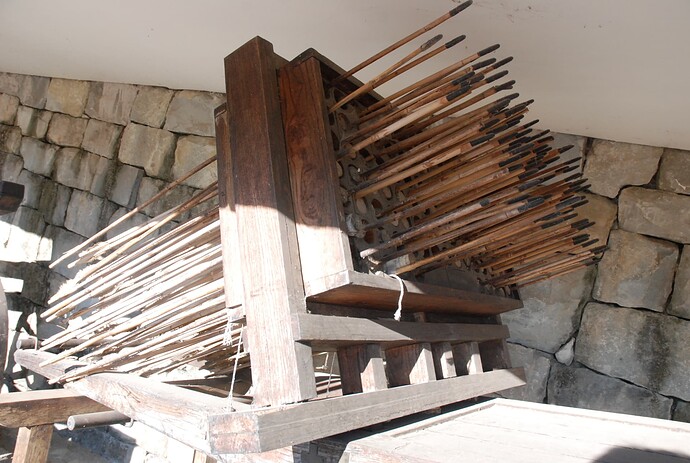 Yes, a rock gets trown with way more force than an Arrow, but a Rock ist also alot heavier than an Arrow. Therefore you need way less force to shoot an arrow the Same distance as a Rock.

This historical weapon is irrevelant to Mangonel. These rockets has also insane 2 km range. Devs gave stupid names to UUs as they couldn’t find relevant name. This rocket technology is invented in China and spread to a lot of states in Asia. For instance, Ottoman also produced these type of rockets but there is no source about them using effectively in battlefield. It is ineffective weapon afterall.

The mangonel was most efficient as an anti-personnel weapon, used in a supportive position alongside archers and slingers. Most accounts of mangonels describe them as light artillery weapons while actual penetration of defenses was the result of mining or siege towers. At the Siege of Kamacha in 766, Byzantine defenders used wooden cover to protect themselves from the enemy artillery while inflicting casualties with their own stone throwers. Michael the Syrian noted that at the siege of Balis Som...

I didn’t say it must be in the game. We are just discussing historical accurary. On the other hand, game could have been designed as largely historically accurate without disturbing game balance. 7, 8 attack 5 range Longbowman (with thumb ring) and 6, 7 attack 4,5 range (no attack speed but +1, +2 range in Castle/Imperial) is balanced in current game situation.

Is fine for Longbows to outrange Onagers because Britons lack Bombard Cannon and that’s the design of the unit, and is fine.

What is NOT fine that Longbows are overshadowed by 11 range arbalest that train 20% faster, like 90% of Britons games always end up with Arbalest, and that is silly.

Thats’ why always propose to just take away the extra range on Imperial and buff longbow range by 1( or even just make Yeomen to only affect Longbows) so while in castle age the Britons power is fine, it declines in Imperial and forces Britons to go for Longbows as the true long ranged archer.

Their +1 range in castle should be removed, maybe give them something else like free ballistics as compensate, and keep the +1 in imp or even remove it and make the UT gives +2.

Ah yes Equalizer (Ignoring the fact about ban evasion) sure let’s go and give even a more broken bonus.

I’m not sure the yeomen change would be enough. in many games i’ve seen they skipped yeomen because +2 range on arbs is usually already enough.

I like the idea of removing the +1 range in imp and putting it into the elite longbowmen upgrade.

alternatively remove the +1 range in castle age and put it into the yeomen unique tech. this would leave Britons with generic (but faster producing) archers until the research yeomen. would be quite a strong nerf though. I don’t think this is needed

Trebuchets show how far a rock can be hurled, which is indeed further than the range of a britain longbow.

(I don’t know whether this was also true for historic mangonels, but it could be)

(And even if it was historic, the current range of mangonels and Britains is still good balance) 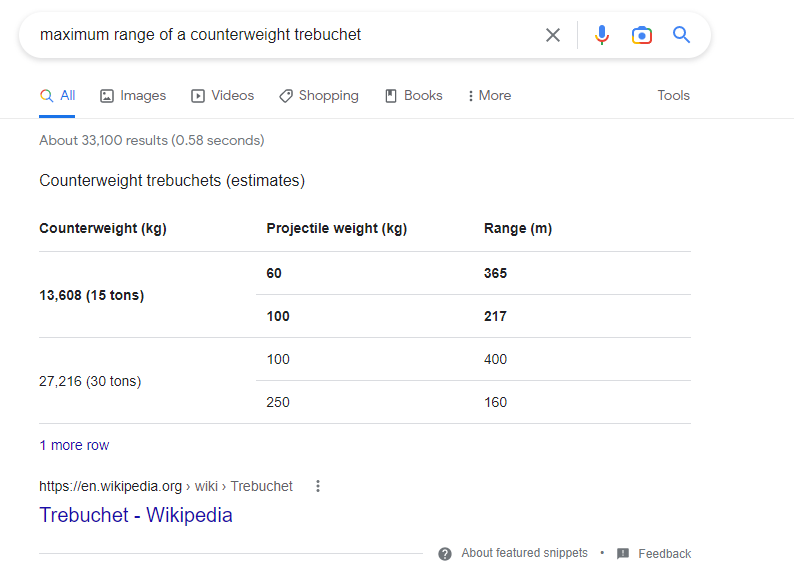 Edit: Just realized the longbow range is in yards, rather than meters like the others. It converts to about 180 meters though, so these values still hold true.

I’m not physicist, but once there is a strong enough force applied to all that rock mass thrown by catapults, it would make sense the thrown mass gets a brutal acceleration, speed and even range.

The force isn’t the only relevant quantity, and its relevance is undermined somewhat by the mass, which is much larger for a rock than an arrow. The really important thing is the velocity with which the projectile is released. Air resistance can be an important factor too, but I’d expect it to have less effect on arrows, given their aerodynamic shape.

Considering this already happens to trebuchets - as massive projectiles thrown with a lot of force - even if onagers are on a smaller scale, they still should be able to fire longer than any archer.

Mangonels/Onagers aren’t just smaller than Trebuchets, they also have an inferior mechanism. Trebuchets have such a long range (both in game and real life) because their counterweight mechanism is so effective at accelerating the projectile to a high velocity before it’s released.

What’s on your view on this?

I guess an individual map tile is at most a 4m-by-4m square, so Longbowmen should have a range of about 45?

If I wanted to criticise AoE2’s physics, I’d focus on the Cannon Galleon projectiles.

Trebucket doesn’t destroy Castles, too. It is anti-personnel weapon just like Mangonel.

This is just blatantly false. A treb wouldn’t be able to accurately hit a moving target. Its role is to stand off hundreds of meters and pound at defenses.

You think simple google search gives true information. There is no historical source about trebuckets being able to destroy city or castle walls. Cannons was able to destroy cannons ,which is a thing trebuckets can’t, when it first invented. Then, defenders shortened and thickened walls, thus destroying walls with cannons also became impossible. 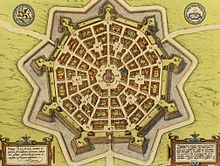 A bastion fort or trace italienne (a phrase derived from non-standard French, literally meaning Italian outline) is a fortification in a style that evolved during the early modern period of gunpowder when the cannon came to dominate the battlefield. It was first seen in the mid-fifteenth century in Italy. Some types, especially when combined with ravelins and other outworks, resembled the related star fort of the same era. The design of the fort is normally a polygon with bastions at the corne... 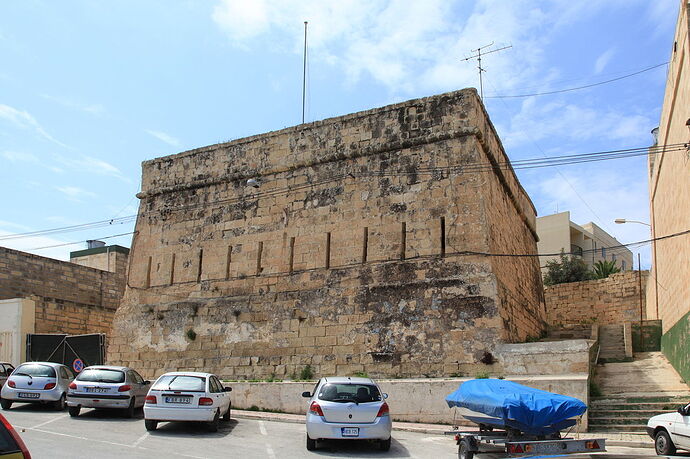 I didn’t say trebuchets would destroy walls. At least not quickly. They would pound away for a long time, and cause problems for the defenders, so I guess in that sense, they are anti-personal. Not in the implied way of being able to use it in an actual battle. But they could knock down walls given time. 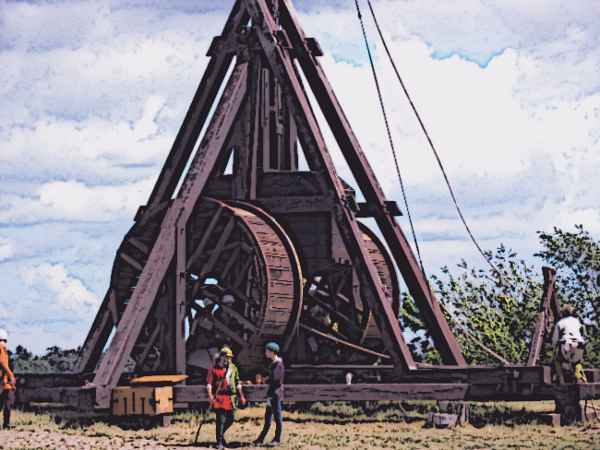 The Warwolf was a siege engine used by English armies during the Scottish Wars of Independence. It was built on the orders of king Edward in 1304 as he laid

Warwolf is exceptionally big Trebucket. It is one of the trebucket can destroy walls apparently but other trebuckets in Medieval couldn’t destory walls and used as anti-personnel weapon.

"The traction trebuchet was most efficient as an anti-personnel weapon, used in a supportive position alongside archers and slingers. Most accounts of traction trebuchets describe them as light artillery weapons while actual penatration of defenses was the result of mining or siege towers.[47] At the Siege of Kamacha in 766, Byzantine defenders used wooden cover to protect themselves from the enemy artillery while inflicting casualties with their own stone throwers. Michael the Syrian noted that at the siege of Balis in 823 it was the defenders that suffered from bombardment rather than the fortifications. " 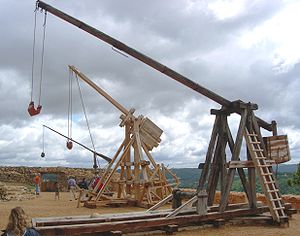 A trebuchet[nb 1] (French: trébuchet) is a type of catapult that uses a long arm to throw a projectile. It was a common powerful siege engine until the advent of gunpowder. The design of a trebuchet allows it to launch projectiles of greater weights further distances than that of a traditional catapult. There are two main types of trebuchet. The first is the traction trebuchet, or mangonel, which uses manpower to swing the arm. It first appeared in China in the 4th century BC. Carried westward...

The reason why the invention of the cannon is important is that it can destroy the walls. it is also used in field battles, but the sources especially mention the advantage of being able to destroy the walls. But even the cannon’!s ability to destroy walls is limited. For example, Siege of Constantinople 1453 lasted for 53 days despite usage of giant cannons because the defenders easily closed the breaches in the walls with wooden and earthen walls. 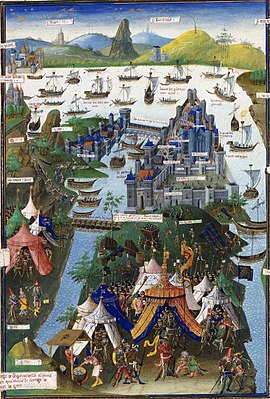 Why are you talking about the Traction Treb? It’s totally irrelevant to this conversation, the ingame trebuchet is a Counterweight Treb, which is in fact capable of fighting defenses to varying degrees.