I dont know what the hell devs doing about chinese translation, its not inaccuracy but errors! 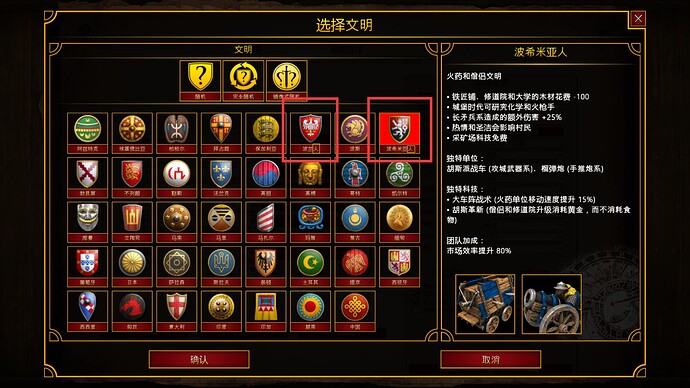 The first is civs name, the Simplified Chinese translate it without “人”, so it Poles should be “波兰”, Bohemians should be "波西米亚" 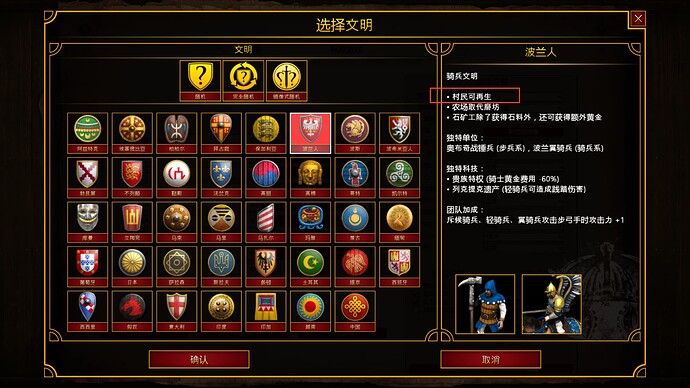 In English, Poles have “Villagers regenerate 5HPs pre minute in Dark, 10 in Feudal, 15 in Castle, 20 in Imperial Age”, but in devs just translate it in “村民可再生”. Well, it equals to “Villagers can Revived”. Are you guys translate text by Google? If you want smplified, it should be "村民可自动恢复生命值" 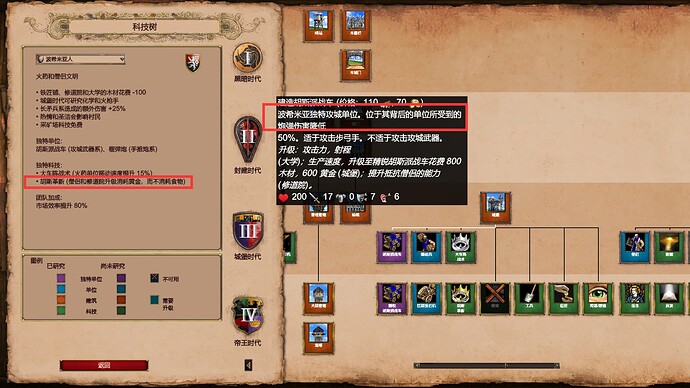 This is Bohemians, Which Unqiue techs “Hussite Reforms” means “the gold cost replaced by food”, but the Chinese translation It “cost only gold but food”, what the hell ???

And the Unique Unit “Hussite Wagon”, which description “Units behind it receive 50% less damage from incoming projectiles”. Chinese translation the “projectiles” into “炮弹”, which just means Cannon’s damage. But the truth is it can reduce Throwing objects damage includes the Arrows in Range and others.

There’s so many mistakes in Spanish aswell, and most likely in other languages.
Microsoft’s translation team (if it even exists) is plain terrible…

Yes, i even guess they just translate it by Google Translation…

Except Google Translate is better and most of the time it doesn’t have spelling mistakes. Idk how Microsoft can ■■■■ up this consistently. One would think that they hire someone to double check if the translations are of good quality, but I guess it’s way too expensive to proofread a few sentences.

What I feel more disappointed is the lack of support for displaying Chinese characters. If you go to tech tree of Bohemians, you see this

The supposed text is 榴弹炮, instead, ■弹炮 is displayed. That’s like you see “■rcher” in your archery range, which is unacceptable. (Obviously game has 2 sets of character display system, so the helptext can display unicode nicely.)

Not to mention a lot of commonly used characters are missing. The below image I typed 说啥(What you said) 魏蜀吴(Wei, Shu, Wu, names of the three kingdoms). And that’s what I see.

By the way, this problem has been mentioned and reported ever since game is released.