So i’ve intermittently posted on here about bad maps, but I’ve been thinking the devs should put more effort into making the ranked maps more fair for both players. I’m all for randomly generated terrain and neutral res to some extent, but when there’s already discrepancies and bad civ match ups, getting a bad map on top of all of that just makes things stupid. 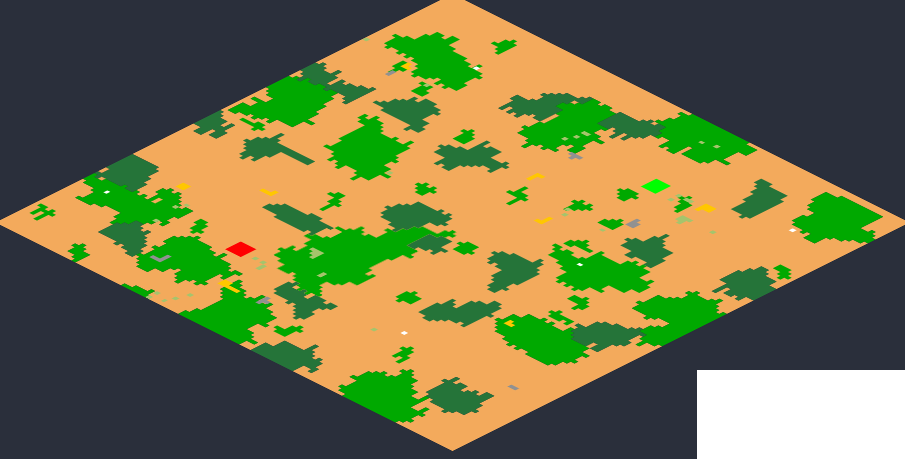 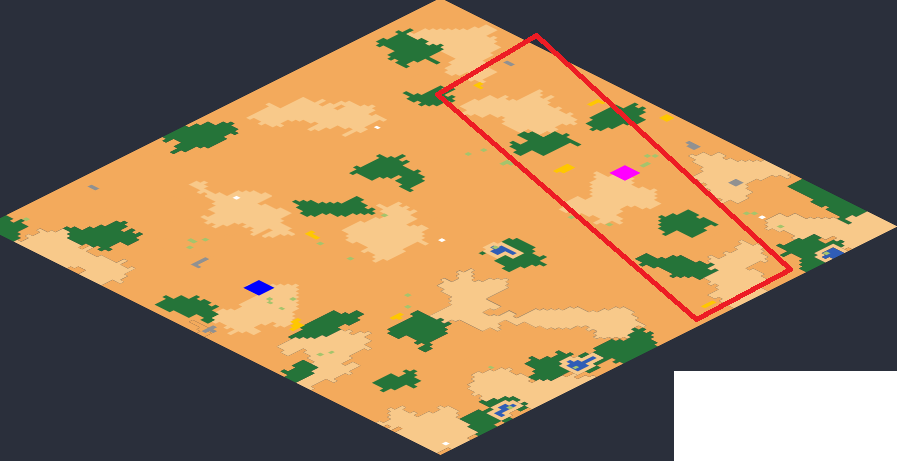 moving sheep closer just means people will steal boars sooner, which is the actual biggest balance problem on these shallow farming-economy maps. 650-700 extra meat (3 boars vs 1 boar) and having to make 3-4 fewer farms (~200 wood!) as a result is an enormous disadvantage

mirroring resource safety is not good because then you don’t have to scout your opponent’s base at all before committing to a plan. the unknown information is the key part of the game

the better approach is to let people play on maps where we get to do something more interesting than just figuring out where to wall. that way having a harder-to-wall map doesn’t swing the game that much

the two options that have actually worked well are:

I think instead of trying to fix one map. It would be better to encourage players to adopt more map diversity. Given that Arabia is well… mostly empty space, it’ll be hard to keep the map looking random while also keeping it fair.

the better approach is to let people play

see how much of a difference it makes. When arabia is still the most balanced map wrt to civ options. As opposed to having specific abusable civs

it’ll be hard to keep the map looking random while also keeping it fair.

Lel omfg there’s a happy medium between a predefined map and randomly but fairly spaced resources that’s not my fault if you don’t realise that. Cliffs, hills and forests still make a huge difference

neither player can fully wall, so the resource position asymmetry doesn’t decide too much

Omfg. Even when i dont wall. If i have double back gold and back deer(ez safer mill) . It means the opponent HAS to walk around SOMETHING to get to those resources to Idle my vils. If i have front deer firstly i either have to push deer or its too risky to drop a forward mil or i lose the deer.

Forward gold or stone? Either my opponent can easily Idle the vils or i have to put stuff in the way. As opposed to the back resources where my entire base / forests are inherently in the way.

Omf. Again either lack of imagination or experience.

Many MANY times i get close sheep or my opponent does.

That’s why i said reduce the MAXIMUM. I didn’t say make all sheep close always.

Or even cooler. One mofo gets double front boar while the other get 1 back 1 front.

I didn’t think something this obvious would need explaining…

But thanks bro. For pushing your agenda here as well.

When arabia is still the most balanced map wrt to civ options.

That’s a very subjective opinion. It heavily favours early aggro, so civs that can go aggressive early do better than they would do on closed maps. Not to mention how often they keep/kept tweaking this map for various events and it sometimes still ended up just sucking so bad.

Lel omfg there’s a happy medium between a predefined map and randomly but fairly spaced resources that’s not my fault if you don’t realise that. Cliffs, hills and forests still make a huge difference

Am I supposed to take this seriously? The more random you try and make something, the less control you have over the resulting outcome. If you want more balanced maps, you’ll have to accept less variety.

LoL is this supposed to be an unfair map? I barely understand what player shoud be supposed to have an advantage, expecially without knowing the elevations on the map.

TBH is quite silly to talk about bad maps when main gold, stone and berries always spawn at max 10-12 tiles from the TC and are almost always securable and wallable, with hills that are generally far enough from the base to not be too concerning. Secondary gold can be pretty bad sometimes, but you always have enough time to secure them if you adjust your strategy according to the map (which is what having random maps is about).

I’ve been thinking the devs should put more effort into making the ranked maps more fair for both players.

I think this sounds too harsh. The devs are putting tons of effort into that in my opinion. Every update we are having tweaks to map generation, some for balance, some for meta changes. I definitely have the feeling, that this is a priority they are putting a significant amount of effort into. It’s just that random generated maps are hard to balance, and there always will be some issues.
It’s good to point out these issues, so the devs know and can work on specific problems, but I think they are putting enough effort into it.

I didn’t think something this obvious would need explaining…

one side effect is that you’ve added this extra rule to the game. now the people who memorize all these linked spawn rules patterns have an advantage over the ones who don’t

so i scout my base as normal. i have forward deer. i didn’t scout my opponent’s base at all, but now i know something about it. i can make a militia or two and go kill their deer. and not every civ can do this fast enough, so it’s not really “fair” for everyone despite the map seeming like it’s fairer

arabia will be a difficult map to balance as long as boar-stealing exists in the game. every time you leak more information about the opponent’s map (without actually having to scout the opponent), then they have more reasons to steal boars

with respect to sheep distance, the last time i looked at the code, the command was the same for all players. like when you have very far sheep, opponents also have very far sheep. is that not occurring? i do think the extremely far spawns (and the cow spawns) should be removed because it makes stealing a bigger problem, but anything to make sheep easier to find should also make boars harder to steal (or else the game gets ruined even more by lamers)