Maybe Soldier on the wall

Maybe the archers of AOE 4 can stay on the wall?
On the boat or even on the elephant

This is a good thought. I think combining adds strategic variety. And it makes the game look more advanced. It is also satisfactory. But the developers said historical accuracy is important. Still, I’d like to see things like that in the game. Maybe they will be weaker than others but they can develop. It will also be nice to see camels, elephants and ships in the game.

That was a thing though having archers on the walls so that’s historical. However, I’m not convinced that it will work out great in a game like Age of Empires.

There is an issue that it will feel like a smaller version of a total war game. But I hope to be proven wrong, let’s hope for the best!

There where soldiers on the walls in the trailer so I assume they will be in the game.

Definitely, at the end of 2020 the original AOE dev team did an interview from shacknews that I thought was pretty good. One of the quotes Rick Goodman (one of the cofounders of Ensemble said was

Blockquote Some people like to have the theme inform design. I’m the backwards kind. I ask, “What are the mechanics, tools, and hooks in this game that we can expose, manipulate, and fold into civilizations?”

Meaning they were putting more effort into making the civs fit mechanics that they enjoyed in an RTS rather than make a realistic war game. They obviously used history to justify tech choices and unit selection when they could, but they didn’t let it get in the way of the core gameplay itself. An obvious example is how they didn’t include gunpowder for the British despite the fact that they were one of the Europes early adopters, with records dating back to 14th century of it’s production. 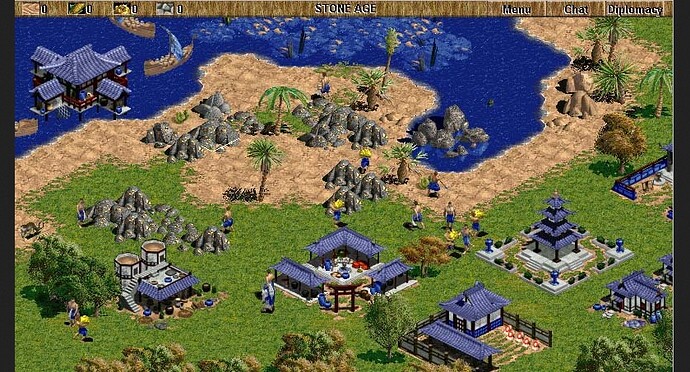 A Bit of Foolishness: An Oral History of Age of Empires

As WarCraft II, Command & Conquer, and Civilization II continued to sell, a small group of business programmers toiled away on Age of Empires, a strategy game that combined all three.

Here’s link to the article for anyone curious about AOE’s early beginnings.

I think this will surelly be included, considering the fact that microsoft said aoe4 will have a bigger focus on siege compares to aoe2.