Medal not appearing after beating a mission

After I beat the first Yodit’s mission without using cheat codes i simply don’t get the medal. Furthermore, it gave me the achievement for completing the Incas’ campaign, which i had already completed

Same here, completed a couple of times on hard but no medal (bronze, silver or gold)

EDITED:
Thanks for merging the post, looks like It is problem of Yodit mission 1 itself, and nothing to do with the “network issue”, I edited and deleted my speculation about the network part to avoid confusing, I am sorry for that.

However, I got nothing about the Incas’ campaign.

The campaign cannot be earned for some reason, I beat the Yodit 1 and no medal received.

I played Yodit 1 in unstable network connection, disconnect occurred during the gameplay but it is fine at the moment I won, no medal received. 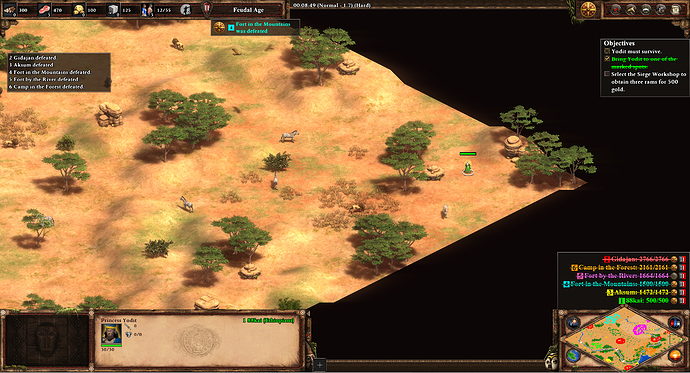 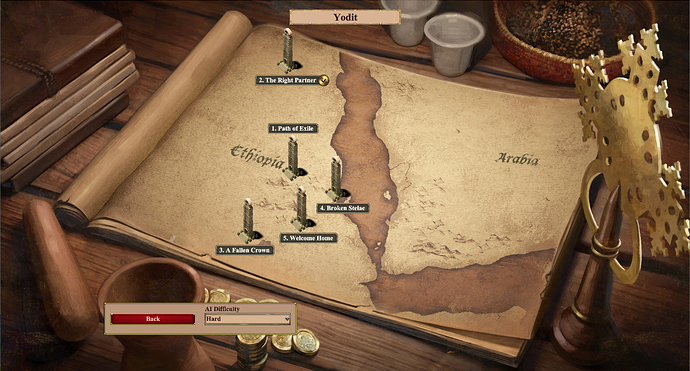 Same here. Finished the mission on hard and no medal showed up (no cheats used): 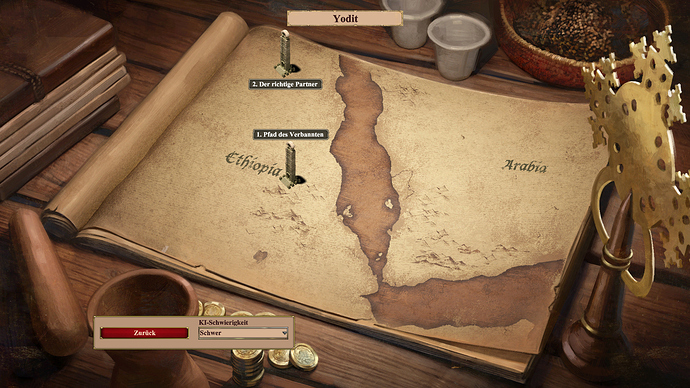 The campaign cannot be earned for some reason, I beat the Yodit 1 and no medal received.

Thanks for the report! We are tracking this issue with the aim of implementing a fix in an upcoming build! Hang tight, and let us know if you continue to see the issue after the fix has been implemented!

Hey, I´m experiencing the same issue in “Yodit - Mission 1”. I tried earning a Gold Medal twice without cheat codes, but nothing happened. Mission 2 worked fine for me though.

Yep. It happens to me also.

Hi there,
I just finished whole Yodit campaign, then realised it did not count my first mission completed at hard dicifulty. So I played the first mission again to get gol mark and get achievement for finishing Yodit campaign. After second time winning first mission, it still presents as unfinished.

Note: I did not use cheats, the mission is easy anyway

Could you please check this out ?

I send screen as well 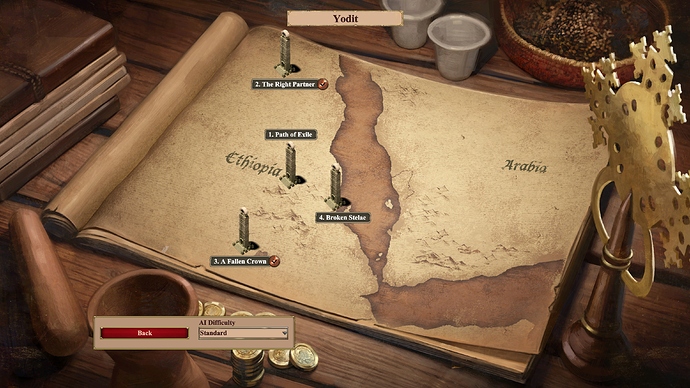 Thank you all for the report! We are tracking this issue and will see about implementing a fix as soon as we are able. In the meantime, I’ve added it to our Known Issues page so everyone can track our progress.

Hey all, I just finished playing Yodit Mission 1 (Path to Exile), and I did not receive a medal for it, but it did open the next mission for me. Other note:

Any advice on how to pass that to get the medal? or can the creators fix it? Thanks!

This is AOE2 in case that wasn’t clear lol

edit, sorry I thought I was in a different forum ahahaha

But yeah any help will be much appreciated

This is AOE2 in case that wasn’t clear lol

You are typing in aoe2 definitive edition forum section, so I’d bet that was pretty clear. x]

Hope someone gets you an answer on this though.

After I typed that, I realized I sounded pretty stupid lol.

Thanks so much! ETA on the new build?

Issue: When i won without cheat Yodit 1 cant get gold silver or bronze medal 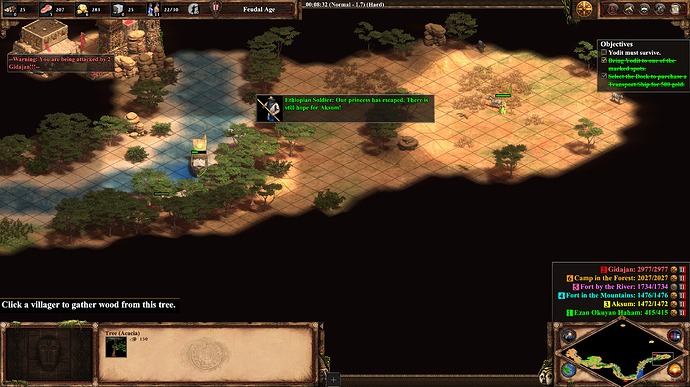 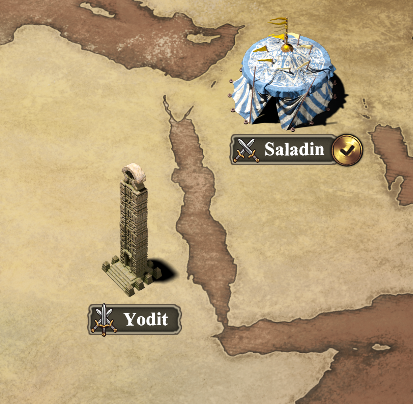 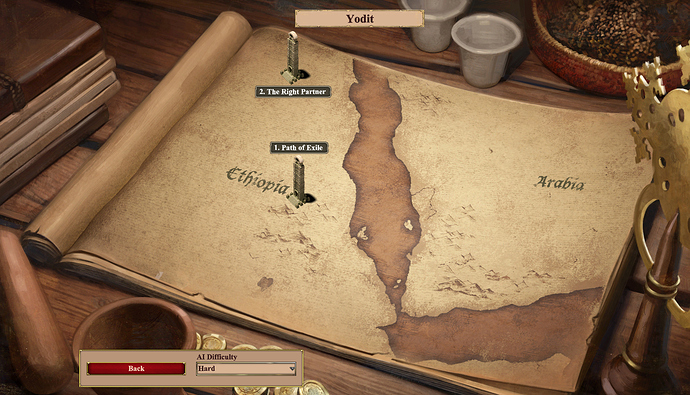 1st mission of Yodit campaign does not show completion badge (not sure if it changes anything, but no, i did not use any cheats). 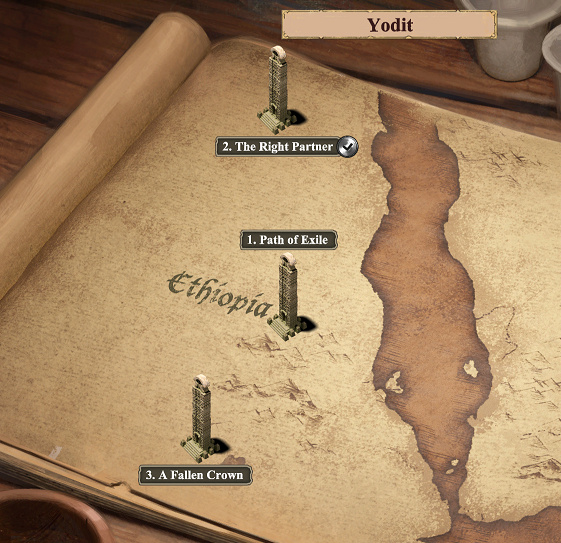 Hi everyone, little question, I challenged myself to finish all the campaigns on difficult to get the gold medals everywhere, and I just finished the first mission of the Gudit campaign, and I have no displayed medal, you know what to do? Thank you !