Game informs a tempering error message at the start and then the home menu is unavailable to click except exit. In other words, can’t play the game at all.

Issue is not with my internet as I am capable of using internet with other games and web browser.

There would be no error message at the start and I would be able to play the game by clicking the buttons in the menu. 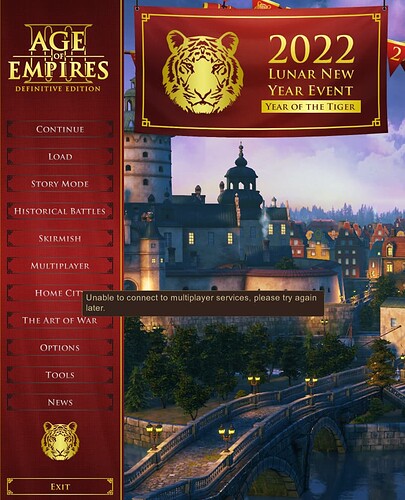 Sounds like another process such as antivirus software or cheatengine might be causing this. Try closing other such programs before launching the game.

Hi, I am not having any mods or cheatengines. Is it adviced to not to have antivirus software on?

Hello @Pindrael, try running the game after closing all other software, including your Antivirus, game overlays, download managers and anything else that could tamper with the game. If the game runs fine after turning off your Antivirus, then consider adding an exception for the game executable in your antivirus.

Hello @gmenyhart and @EaglemutOP , by turning off the antivirus it worked now perfectly. thank you for your advices. I appreciate it.