I dont know if this happens even in english version, but in spanish many of the Masteries of Mali and Ottomans dont have a Curious fact as a prize for each challenge.

Is this normal or have the developers still not agreed on whether to add 1 or 2 more technologies and units to the two new civs for balance reasons and for that reason they haven’t decided many of the short curious facts?

Here is a capture of one of the masteries, as you can see, it only gives you a portrait. 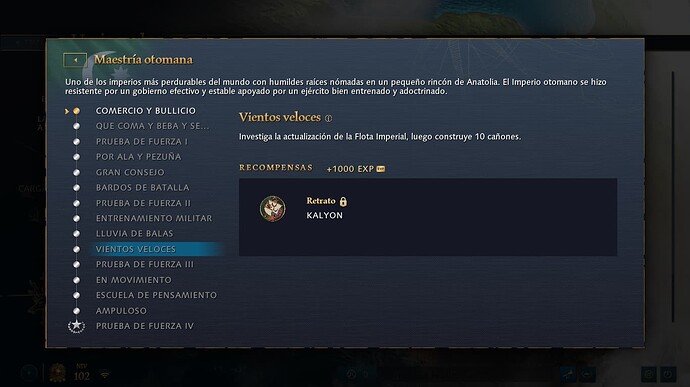 The thing is that, in any other mastery of the first 8 civs, you can see at least the title of the short fact. For that reason is what i played as the French many times to unlock the “Pavis Shield fact”, and now i know that:

Maybe is a bug, and the history facts of Mali and Ottomans would show if you win the masteries as you say. I would try latter to see what happens, maybe in the night, because i have to work tomorrow.

And I just found out what it’s like to play “mid range” in Age IV (I’ve been playing on low quality). It’s BEAUTIFUL, I CANT WAIT.

I play on a 4k 144hz monitor… with 90-100fps at maximum graphics setting. It’s beatiful. I hope a day you can try at maximum quality. it’s deserve it

Well, i get two masteries with the ottomans, and … no, there was no prize of short fact in the second mastery. That´s the capture: 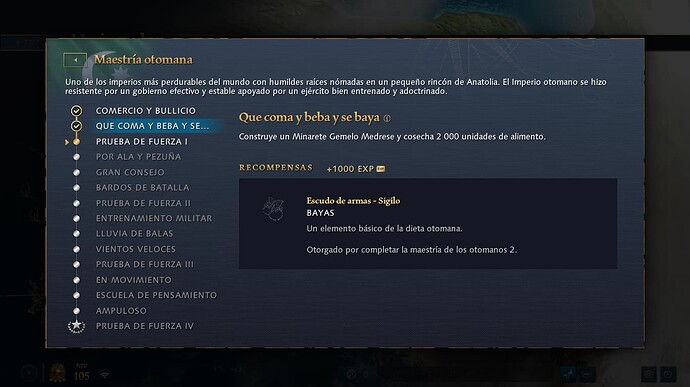 Maybe the devs forget to put them, or REALLY they are watching if the Mali and Ottomans civs are played enough to put the normal short facts, OR if they need a balance and add new units and unique tecnologies, and until that they dont gonna put short facts, because even the buildings used as a Landmark could change, and latter we would get short facts or building and units that dont even exist in the game anymore (As the Sipahi, who I think they gonna change for the Delhi cavalry, and their knight is gonna become the sipahi instead).

A curious fact is that in the masteries of the Abbasi caliphate there is one that refers to the great mosque of Samara (the wonder of Aoe2 of the Saracens + the mosque), however the wonder that they ended up giving them is based on the Mosque of Uqba. I guess they originally planned to play the first one, but changed their plans at the last minute: