Mistake in the Jan Zizka campaign

Hey guys, there’s a small mistake in the first Jan Zizka campaign storyboard. It says his estate is in “Trocnova”, but it should be “Trocnov”. This mistake probably comes from his Czech name “Jan Zizka z Trocnova”, but the -a is only added because of Czech grammar declension (the name is in genitive). The village is called Trocnov. 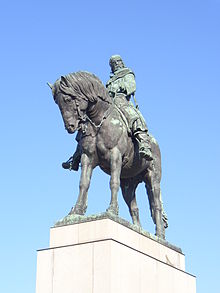 Jan Žižka z Trocnova a Kalicha (English: John Zizka of Trocnov and the Chalice) (c. 1360 – 11 October 1424) was a Czech general – a contemporary and follower of Jan Hus and a Radical Hussite who led the Taborites. Žižka was a successful military leader and is now a Czech national hero. He was nicknamed "One-eyed Žižka", having lost one and then both eyes in battle. Jan Žižka led Hussite forces against three crusades and never a lost single battle despite being completely blind in his last stages... 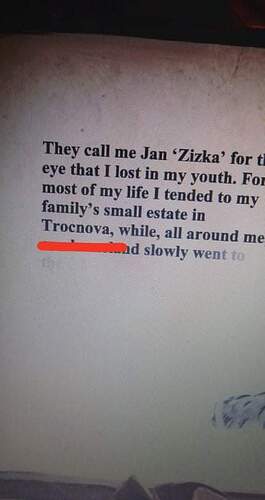 P.S. sorry if this post is mislabeled, it’s my first and most likely last time posting in this forum.