Hey, i’m new to the forums and don’t know if we can do request for modders here, but i would like to ask if someone can do a mod that replaces de Dutch flag for a Belgian and a Flemish one to reflect the new revolution cards for thoses nations.

Gonna be so thankful if anyone can do it. 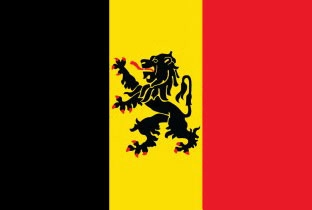 If you want that to replace the Dutch flag, that wouldn’t be an issue. If you wanted flag change after sending those cards I’m not sure if it’s possible to do on the DE as I don’t think we have a way to change the civ flag outside of actual revolts.

Exactly like that, if you could upload as a mod and share it would very grateful. And yes I’m aware we are unable to change on command like a revolt, sadly.

Thank you so so much for that.

There’s an effect that changes flags. You could add that effect to the tech associated with those cards.

Here’s three different flags for you, I don’t have consulate icon templates so I didn’t bother fighting with those.

There’s an effect that changes flags. You could add that effect to the tech associated with those cards.

Interesting, if that exists I wonder if the devs meant to use it with these cards.

Yes! Thank you so much for that, already downloaded them, they look incredible.

Again thanks for your work!

Ive been looking for an effect like that. Where can we find it?

@Airborne506th
I actually forgot I saw this tech in WoL and I’m not in a position to check if this works for DE, but maybe it does.

If a mod like that, that changes the flag only after those shipments arrive is possible would be sick as well. Could even affect the new Revolt card for Germans.

The disadvantage of a mod that changes technologies is that you can no longer play multiplayer (except with friends who have the same mod).
Unlike a basic flag mod which is multiplayer compatible.

Ive tried it but it doesnt seem to work for me. Maybe I did something wrong? Anyone else got it to work?

Unfortunately, it seems that was something a Legacy modder unhardcoded into the game, which means it theoretically would be possible for DE but would require the devs to code it.

The first one is from a setup for Historical Maps, it uses a FakeConversion effect combined with a ProtoUnitFlag effect. I’m not sure where the flagid is referencing from, nor if this is something that could be done midgame.

The second one can be found in the protoy and can be used to override the flag for that specific unit with whatever flag you want. You would have to copy+paste all the civ’s buildings with flags into new variants, add the override code in, then do like the Maya revolt where the tech transforms all the buildings into the variant. You’d also want to make sure those new variants are targeted by all existing techs i.e. cheaper Barracks, quick building Outposts, etc. and available on all the different villagers and wagons and all that.

On the left is a normal Swedish Barracks, next to it is a copy+pasted Barracks variant with the Bohemian flag override coded in. 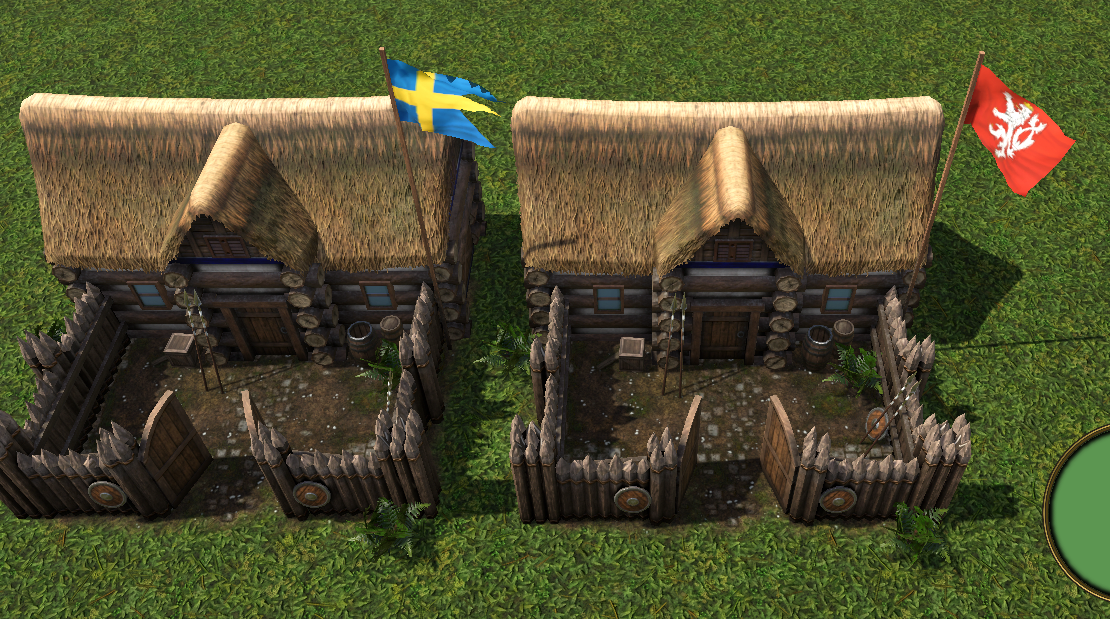 Could this represent the different civ flags? Revs and minor civs are in the civ.xml file, after all. I don’t own KotM, so, what flag does it change to which flag?