Modding via Genie editor gives error "Could not create world. Possibly the required dataset is unavailable."

I got one way to play the campaign scenarios on modded dataset. Go to game folder e copy the Campaign scenarios to Aoe 2 DE folder in your Documents\Games\Scenarios. Then in the game go to Campaign editor e extract the individuals scenarios files. So now we can load these scenarios on Singleplayer Random Games e choose the your custom dataset!

Thank you very much for the reply but can you show me in more detail? I copied everything from
“Disk (C:)>Steamlibrary>steamapps>common>AoE2DE>resources>_common>campaign” to
“Disk (C:)>Steamlibrary>steamapps>common>AoE2DE>resources>_common>scenario” but It looks like I can’t see it when I go in-game to extract the scenario files. Am I looking somewhere wrong? Can you show me the steps u take?

For sure, brother. Sorry for the bad english.
Here, take a look:
Copy all .aoe2campaign files in “\SteamLibrary\steamapps\common\AoE2DE\resources_common\campaign”
And Paste in “\Users[User]\Games\Age of Empires 2 DE[Profile Number]\resources_common\campaign”
Then, Launch the game and go to “Editors”, then go to Campaign Editor
Then you’ll select a existing campaign to edit in Middle Right part of the Screen
You’ll see all the Campaign you’ve copied in a list.
When you choose one, a pop up will show up, telling the scenarios files are missing, so you’ll be ask for to extract these files, then you’ll have all scenarios free to load or edit.
If your don’t have any sucess in this procedure, just tell me.
!!Edit: You’ll have to do this procedure multiples times to each Campaing files

It works! Thank you very much, you’re a saint

glad to help, unlike Microsucks that only disturbs so far
“Anticheat measures on Singleplayer game”.

Hi bro, didnt work for me, i did everything u said, but when i load a campaing the game stucks in loading screen

It works again in campaigns, but we can’t obtain achievements with modded datasets anymore 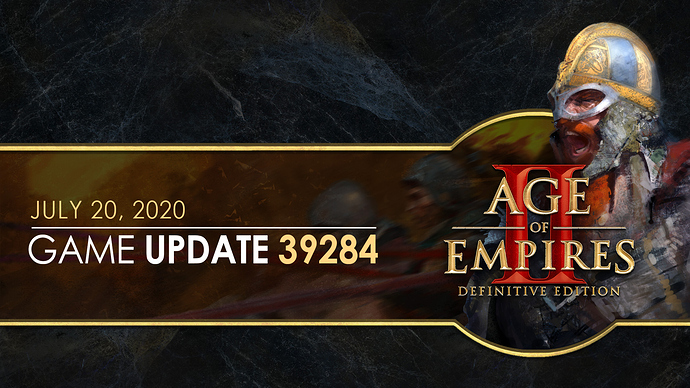 The July update is HERE with a new seasonal event, a long list of balance changes to the civs and maps in Age II: DE, several brand-new features, and even a new battlefield where you can fight for supremacy!

Added a Datamod drop-down menu to the Campaign screens.