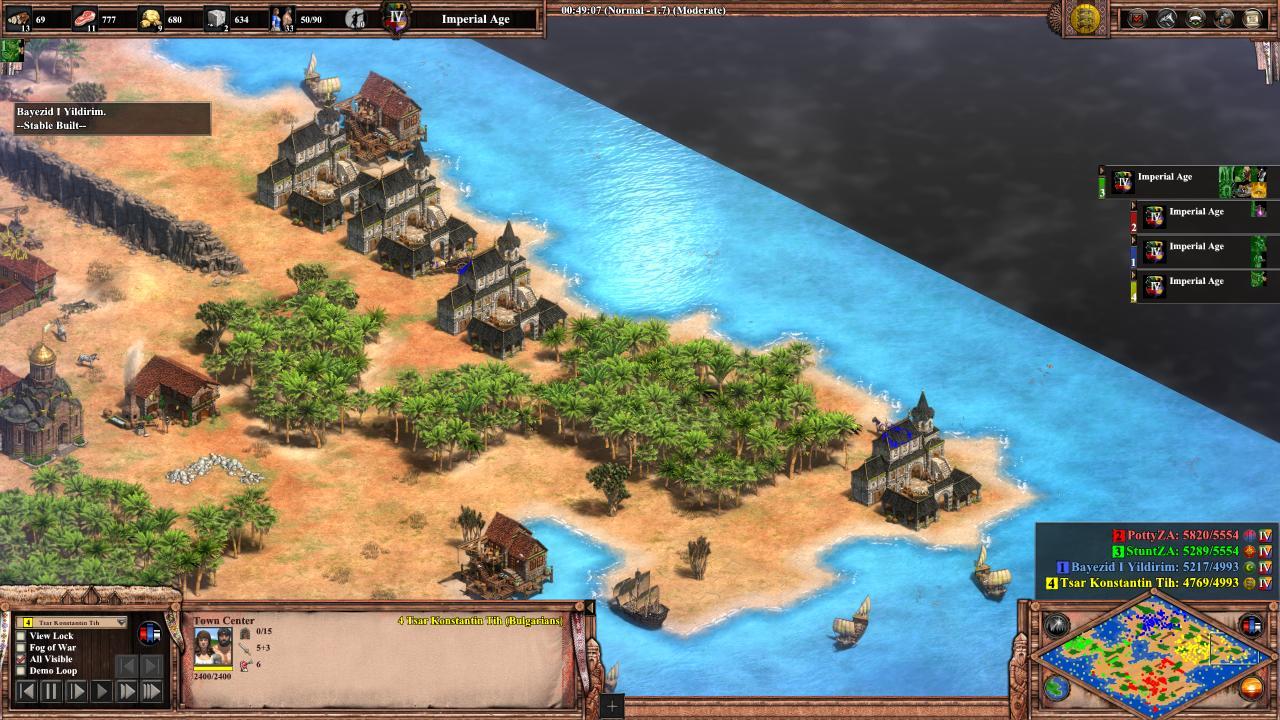 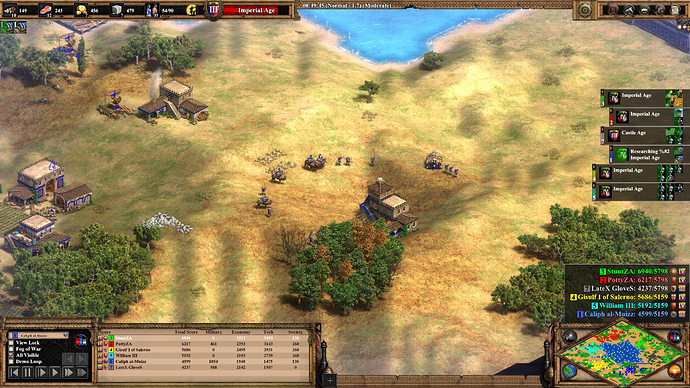 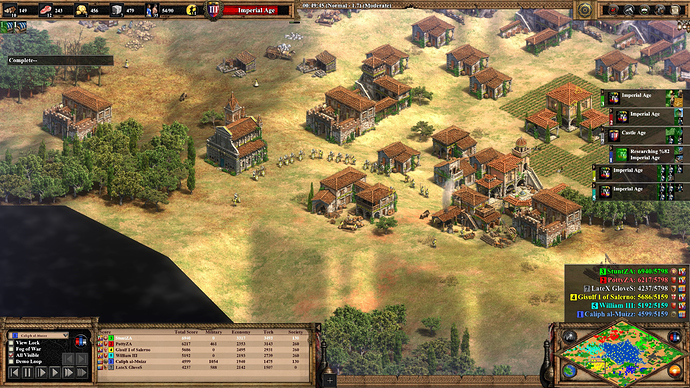 I play with a bunch of mates who enjoy more casual play in AoE, so we generally linger around the moderate difficulty and have been planning to do so until everyone is comfortable facing moderate before we progress onto Hard.

Moderate has proven to be a pretty good match for us, hitting us early on and keeping us on our toes. We eventually beat them down through attrition and our turtled forces and have been having a lot of fun with that, until recently.

The last few days the AI (maybe only moderate) has had a severe Poo-Brain:

This only started recently, I would say limited to this week. Has an update broken the AI or what could be causing this issue?

Bonus question: When restoring a multiplayer savegame, why does the AI seemingly stop in their tracks?

AoE was especially weird yesterday after the latest Windows 10 update and ~300MB AoE2DE patch. Game stopped responding for both my friends about 10 minutes in. We restarted and then the same happened to me roughly 30 minutes into the next game. I was unable to save, but my friend managed to, he then proceeded to host and the AI was almost in a frozen state.

I’ve attached 3 images, 1 portraying the markets issue and the other 2 showing the AI just standing around one of their buildings, doing nothing. Never pushing us, not particularly interested in defending against our flush, just standing there until we come within LOS.

@Chesqin Aware of it? Maybe it has been fixed in latest patch, I don’t know.

Difficulty scaling received slight adjustments, we’re still monitoring how the AI is doing. Any feedback is very helpful for us (we read this post as well even if we didn’t reply).