PLZ lock Mods in Multiplayer it destroy it complett and make it complett unfair vs player they dont have mods!

Make the same like the old aoe 3 mods are only for single player!

Hi @MARKPHYTON, Just to be clear, mods are not allowed in ranked multiplayer games.

And the say me how can it be without mods or Cheat Engine to Build Walls in short time so ( see picture ). 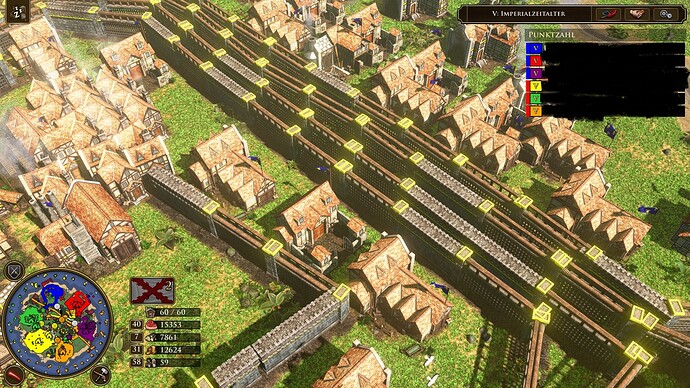 i can do this only with mods actived.

btw this is a pic from Ranked match.

You don’t need mods to build pillarless walls and as was already stated in this thread, mods aren’t allowed for multiplayer.

i know this! but in this speed with 1 settler unpossible…

and when you look there are wall inside a wall!

I can do what you’ve shown in the picture. And I know a lot of people who can do that without alternate programs or cheats

Building walls is not cheating

Deleting wall pillars is also not cheating.
There’s nothing wrong in that picture, just a player who knows how to build walls well…

But when you have a program that delete all pilars for you. I heard someone talking about you placing a layer a pilars been deleted without you having to delete them. That is cheating

Yes, I would agree with that.
In the screenshot shown we don’t see game time, but we see everyone is already age V so there was plenty of time to build those couple layers of wall without any sort of cheat.

I don’t see a need for a program to delete pillars when you can select them all with a shortcut then delete them.

But i would like to see the game with standard walls without pillars.