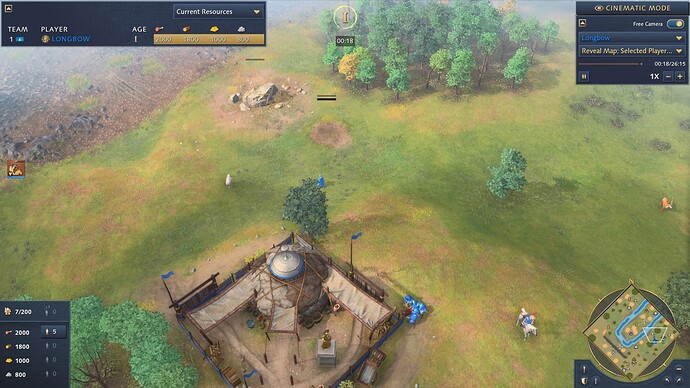 I started a new game, high res, age 1, on my own on new danube map to see the new descriptions/costs for the improved eco techs for Mongols after the patch on the 29th.

I placed TC, went to build an Ooooovoo with 1 vil and then shift-clicked a ger to be built after when the vil was done.
It then didnt build, had a red cancel symbol over it. I realised later than I still had the influence zone, and when I finished the Ger the vil then automatically went back and could build the Oovoo. The 2nd Ovoo over stone that I tried to build after the 1st wouldnt then went boom and made the ground around the Ovoo a dark tone, like bluey lava or something.

Hope… this helps in some way? Sorry for just one picture, it wont let me upload the recorded 1 min video of it all happening

My guess is the ger maybe was already influenced somehow so it thought the Ovoo was already built, so it couldnt build it? That make any sense o_o Anyway that was an interesting first try out of the new patch!

So you mean you cannot build Ovoo at all?
Or it is just specific to a “Ger” being close to ovoo?

Noob mistake. You have to select your builder villager and then right click on the OUTER ring of the ovoo foundation (assuming you have already placed the foundation). Right clicking in the center of the unfinished ovoo is seen as a “mine stone” command to your villager, which is illegal as Mongols.

Why is the game like this? Idk, it adds micro to increase the skill ceiling of the game /s