Mongols getting Steppe Lancers sparked quite a lot of discussion, so we might as well have a dedicated thread for that.

So first off, Mongols SL can have up to 100 hp in Castle, while his colleagues are stuck at 80. Thus they are hands down a straight upgrade (I guess the Tatar bonus can have some influence tho)
However the Mongols’ lack of armor in Imp should tweak the balance. People are used to Mongols Hussars being better vs melee opponents and worse vs Range. Is that the case for SL as well?

I ran a quick series of test, comparing the FU Elite Steppe Lancer of Tatars and Mongols.

When pit against each other, it can go either way 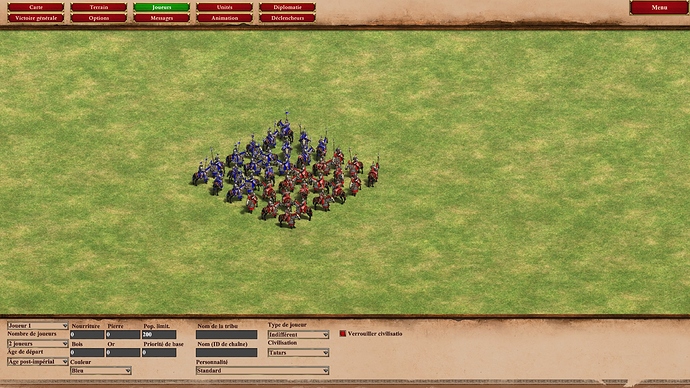 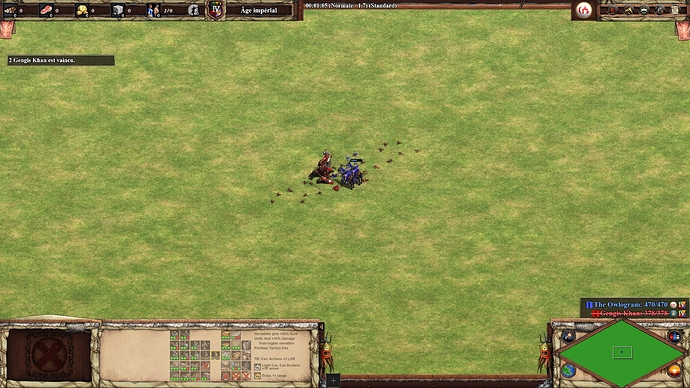 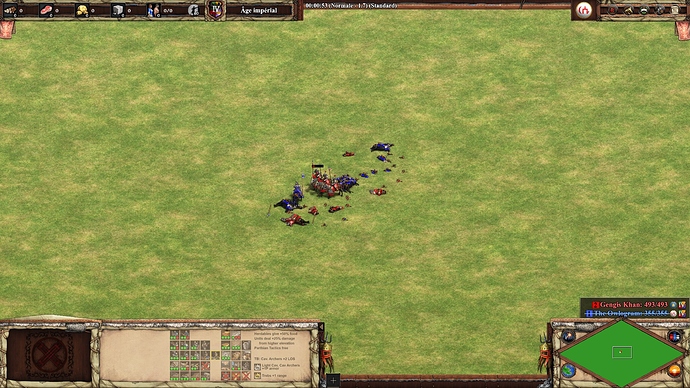 Vs a generic FU champion, the Tatar one is left 1 hit away from death, while a Mongol one can still take 2 before being buried. 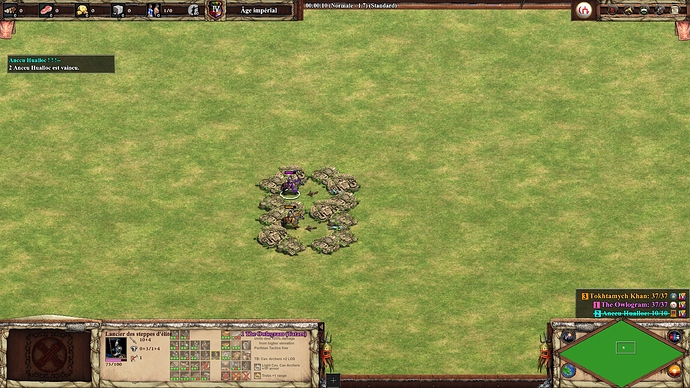 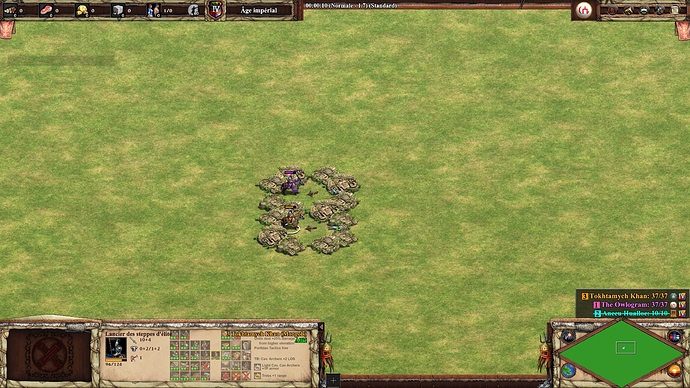 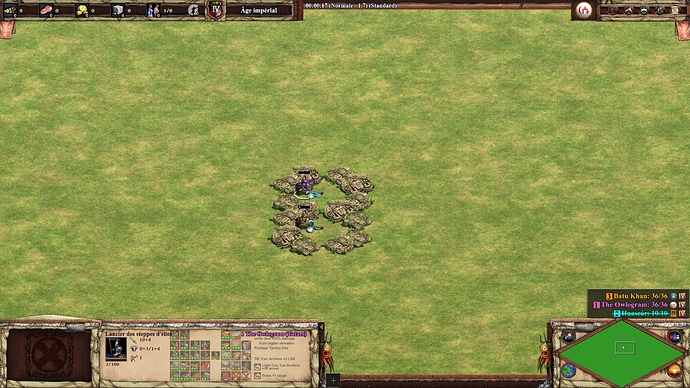 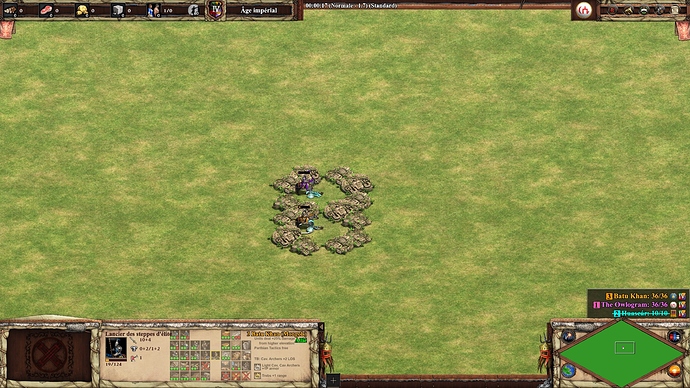 20200228022212_11920×1080 795 KB
In the last test I used Xolotl Warriors as the opponent because unlike Hussars they stand a chance, while not stomping the SL in a 1v1 like heavy cav/camels would. Turns out that the Tatar SL embarrasingly loses while the Mongol one narrowly comes on top. 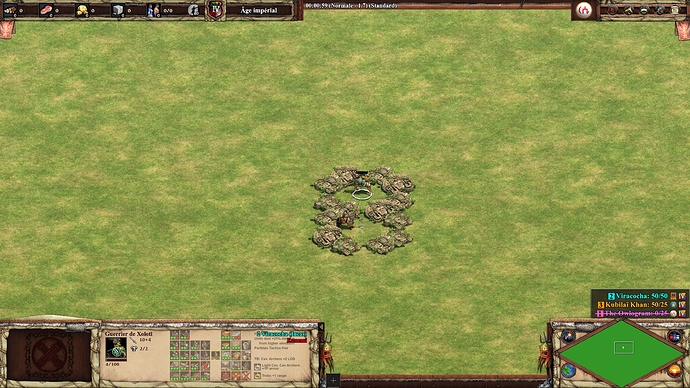 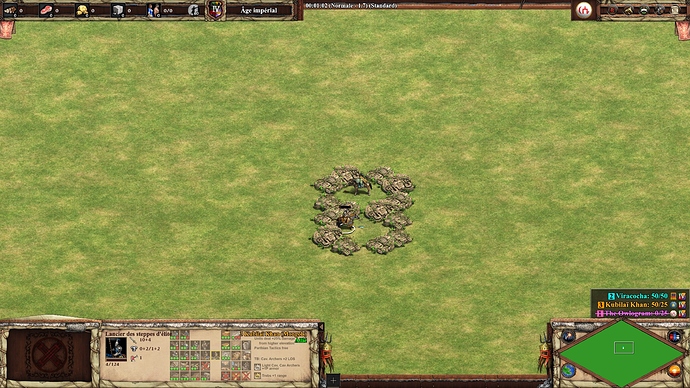 (sorry for the messy implementation, I missclicked way before finishing 11)

The thing is, steppe lancers are meant to be good in melee but poor vs ranged units, and if anything the Mongol hp bonus compounds this, and without doubt they should be the best steppe lancers in Castle. I like that they get SL, I just don’t think the HP bonus should apply - I mean, this is basically 2 sizeable buffs to a civ that nobody was calling for a buff on…

Of course. The deal is to know by how much.

Man, maybe there is hope for Indian Elephants after all.

??? If by this you mean Indians will get Battle eles, then no since Indians already get Elephant archers (not to mention the BE’s design is clearly south-eastern asian)

Mongols have Elite Mangudai in imp. The fact it doesn’t buff their lancers in imp is a moot point because they didn’t even have lancers before and they don’t need another powerful imp unit anyway.

They’re already a strong civ and after a small eco nerf they’ve gotten the best lancers in the game in castle age which was probably the one age where Mongols were a bit lacking (compared to how strong their early game and late game is)!

I guess. But Steppe lancers are more taxing on your food eco than Knights and the fact they are produced faster means they can also be harder to sustain early on. So Mongol players might still prefer knights in Castle. That’s why my quick tests are merely an opening for the discussion.

If the mongol player still prefers knights … why give them lancers? Either lancers will make mongols stronger or they won’t need them. Either way, why add them? Mongols are already strong and it only makes sense to give units to civs that need them.

I mean, if you’re gonna add them for purely fun and non-competitive reasons, fine. But what we really need is to make those units worth making for the Tartars and Cumans! Those civs need buffing now (especially the Tartars).

It would have been more interesting to make the +30% HP apply ot the Tartars and Cumans but NOT apply to the Mongols (as it’s not a scout-line unit so the bonus shouldn’t apply anyways). The Mongols don’t need buffing but those other civs do. And, surely the civs that that unit was designed for should be the civs that have that unit at its strongest. Giving Mongols the strongest Steppe Lancers is as weird as making Incan eagles significantly better than Mayan and Aztecs eagles. Let the civs that get the special units first remain their identities, I say.

Of course I mean Battle Elephants. India not having Battle Elephants, despite its well documented use is a silly, and can only be attributed to the fact that there was a push for people to buy the Rise of Rajas Expansion.

But now that everything is available with the purchase of DE, there is not reason to lock the Indians out when it comes to Battle Elephants. Especially since Elephant Archers are pointless.

And they wouldn’t be the first nation with the ability to build two elephant units.

It’s late there and I really should go to sleep. Thx for starting a good chunk of the discussion!

I must admit I don’t get why people think Tatars are so bad. The sheep bonus is both a food and wood bonus (delaid farms!) and even an anti-laming bonus (welp, it does also encourage doing it as well). The hill bonus isn’t overwhelming but it does mean Tatars get a bonus for their archer rush, as well as an advantage in scouts/drush fights. Lastly, the cav archers are really good and Tatars are among the few that can use them to good effect in Castle. The bad infantry did make them struggle vs camels, but hopefully halbs should fix that, and vs eagles they get Hand cannoneer. Did I miss something?

there was a push for people to buy the Rise of Rajas Expansion.

Welp, unlike the African Kingdoms only the Malay and Burmese where OP, with the Khmer and Vietnamse being trash tier right from the start. If they wanted to make people buy it, all 4 would have been over the top.

In 1v1 sweaty Arabia games, sure. However in closed maps or team games, an Elephant archer death ball just shreds everything, including buildings, while being able to eat several onager shots before going down. They are the most pop efficient archer in the game.

Sure, but the BE is of South Eastern design. For instance in the last Gajah Mada mission, you can get indian elephants from indian merchants. And those are represented by War elephants, not BE.

The Tartars have a low win rate, right? And pros generally agreed that they were the weakest of the 4 new civs.

They now get halbs but their steppe lancers were nerfed hugely … and other than those differences that the rest of TheViper’s review still applies:

Oh, their UU was buffed a little bit but it still isn’t great.

I think it’s okay for Mongols to get SL, but they shouldn’t get the 30% hp bonus. Tartars should get the best SL, to make them more viable as a civ.

Mongols didn’t needed a buff. Yeah, SL are good for an historical reason, but don’t break the game for the sake of history

I feel like the Mongols getting Steppe Lancers helps with balance because in a way, they were actually a rather below-average cavalry civilization due to lacking Plate Barding Armor.

Uh, what? That’s like saying we should buff Mayans since they’re a below-average infantry civ for not getting champ. Mongols are not a “cavalry civilization” in the way that Franks, Berbers, Lithuanians, etc are, and they were already top tier before the latest patch.

Uh, what? That’s like saying we should buff Mayans since they’re a below-average infantry civ for not getting champ. Mongols are not a “cavalry civilization” in the way that Franks, Berbers, Lithuanians, etc are, and they were already top tier before the latest patch.

Historically, the Mongols were one of the most cavalry-centric civilizations ever, so it seems weird for their heavy cavalry and camels to be weaker than most of their rivals, with the lack of Plate Barding Armor making even their Light Cavalry not much better than other civs. Having the Steppe Lancer as an option makes cavalry feel a bit more like an asset, while still being distinct from heavy cavalry civilizations like the Franks.

They have the best unit unique in the game, plus the most dangerous siege and the most resilient hussars. Before the patch they were top 3 civs… Definitely not needing further buff

Welp, Mongols relied on speedy and lightly armored horsement to outmaneuver stronger melee opponents, so their Hussar being better in melee than other Hussars while being less armored is quite fitting. Cavaliers aren’t really a steppe flavoured unit and Mongols aren’t a camel civ so those two being slightly worse is fine for the feel of the civ (while being necessary for balance) As of the BE for Indians, then why not giving Elephant archers to persian then, if having 2 eles unit not being a khmer gimmick anymore is fine?