Please add more different animals depending on the BIOM.

In AOE3 for example we also had alligator, elephant, gazelle, lion, cow, turtles, dolphin, stork and so forth.

There were gatherable, herdable, aquatic, pets, decorative animals. Not all must be huntable.

What do you think about this topic?

BIOMS would be more unique to play this way.

I like the idea of an African map and the Hippo replaces the boar!

Pretty sure they know that. It’s just not top priority. The spring update seems to have occupied all their time.
Although it would be nice to add one animal at a time. Just to show us that they are working on it. It doesn’t have to be a big update with 5 new animals.

Happy to see that most people also would like to have more animals and plants.

Hopefully the developers will implement this.

Selecting biomes is a really cool feature but seeing the same animals really breaks you out of any kind of immersive experience. A missed opportunity to really make a cool addition even better IMO.

One of the many, many reasons the game feels lazy and also that was probably due to the focus on eSports as well. The biomes all look the same. There’s no point selecting Steppes (wolves there, lol) or Chalk Downs if I’m getting all the exact same animals.

BTW, have you seen there’s also zero birds? It was a trademark of AoE games until this s…show.

Delhi could capture elephants in CA for free War Elephants?

Poor Delhi can always use some extra stuff to do.

Not only biomes but also some other aesthetic assets.
AOE3 had geysers, ducks in ponds, vultures on trees, and the awesome Ethiopian rock hewn church on certain maps. The same Jesuit mission also have different audience depending on the region.
There are a bunch of nice assets in AOE2 map editors and campaigns as well (like the Olmec stone head). Sad that they do not appear very often in custom maps.
The auto-generated roads in AOE4 is a nice touch, but there is much room for improvement.

I totally agree. They should also add birds.

Look at this beautiful wide range of animals in AOE3: 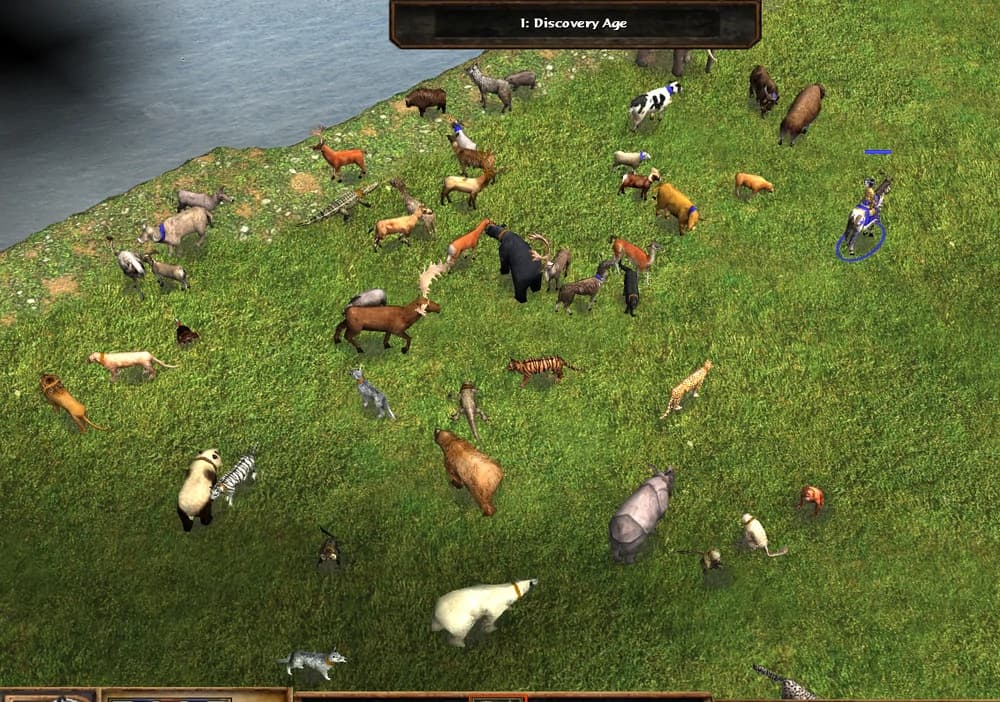 Hopefully we will see more animals and plants in AOE4 once. More animals are also interesting for the game play. Some animals are stronger, some give more or less food and so on. Besides it is very good for the atmosphere of a BIOM.

I agree with everyone here so far. It’s a small thing, but it’s something that was always neat when playing AoE games.

Having more diverse animal skins depending on biome would not impact competitive play. You can have different animal sets for different biomes, but the animals can serve the same purpose.

Look at this beautiful wide range of animals in AOE3:

Who can really tell that was a game made by people who loved the genre and not just as a cash grab.

Such attention to detail tells me execs were not setting unrealistic deadlines to meet a release date or a budget limit and devs were free to have fun and release a COMPLETE game only when it was ready.

Whereas back in AoE IV we don’t even get to have different looking keeps.