Look at this game. I totally rolled all over the poor guy. I didn’t even need to go Castle Age. All I had to do was Donjon rush him to death, and make a few Serjeants and it was game over. He gave up after I started making another Donjon to hit his town center. Has one Donjon hitting it already.

You may even keep the Donjon’s stats, but I think it’s a good idea moving it to Castle Age. If somehow that makes the Sicilians weak, buff than some other way. I basically got a super tower rush/tanky infantry rush civ here.

On this game I countered his tower rush with ease. Maybe it’s not so bad? He quit the game as soon I stopped him.

You played against a low elo leyend probably

Totally unnecessary. Just because you won a few games by tower rushing doesn’t mean the donjon is OP.

All of these weaknesses work against it. A clever opponent can fight back against a Donjon rush very effectively if they know what they’re doing. 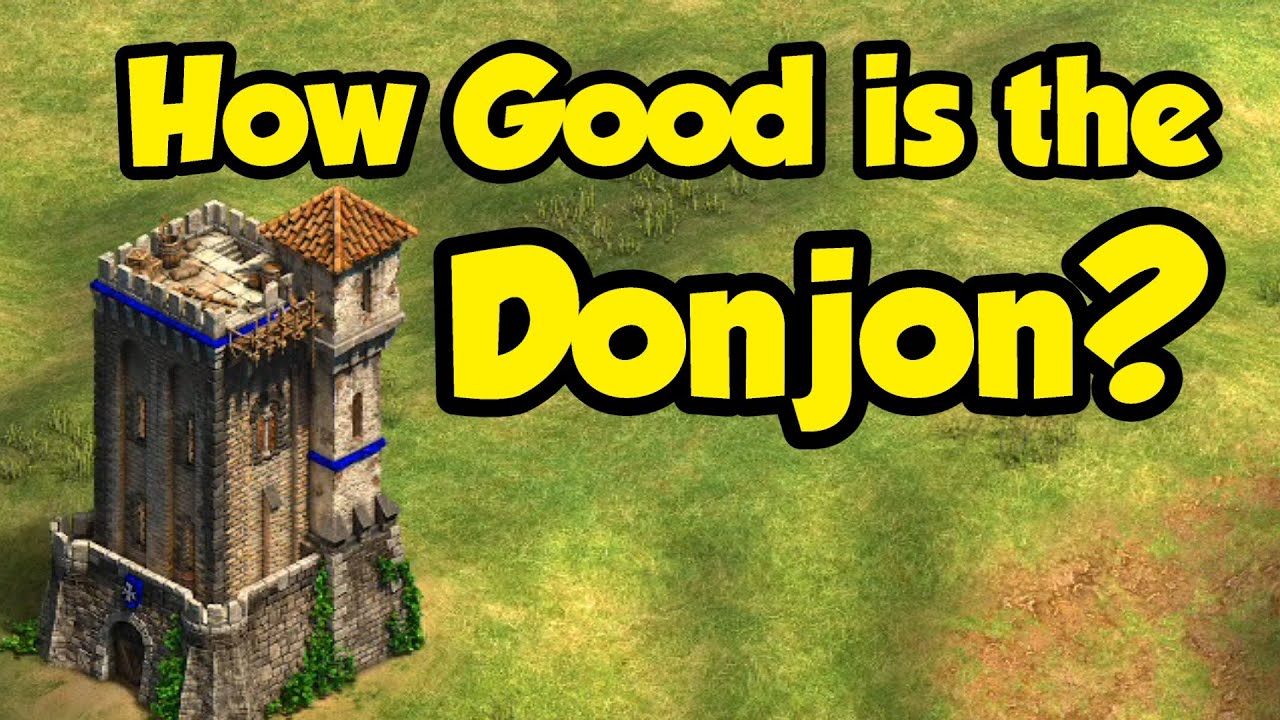 Donjons, not that good. Inca or Korean Tower Rush is stronger.

Any average player can defend pretty easy against this, it is not OP at all.

but I think it’s a good idea moving it to Castle Age.

but thumbs up bro, good luck on defending against a trush when you cant build any version of tower in feudal. it also removes half of the civs identity… its like removing the eagle from mesos in feudal

I think it’s a good idea moving it to Castle Age.

Do that and then it will be a bizarre poor copy of the Krepost.

I see 800 stone worth of donjon on this single screen (and another donjon in construction…). Did you opponent take a nap? Or did he try to counter it but played poorly? It is more than 6 tower… If you put 6 tower in an opponent base, it’s bassicaly gg too…

And sergeant are M@A with +1/+1 but 15 more gold to train in feudal. 15 goold is a big gap in feudal. So to train sergeant you need Food and gold. And for donjon you need wood and stone. Good luck to maintain a production of both in feudal with 0 real eco bonus. (the extra farm food doesn’t help there)

If you put 6 tower in an opponent base, it’s bassicaly gg too…

i had an insane game vs britons yesterday, opponent trushed me with m@a while i donjon dropped with serjeants. he eventually dropped easily like 6 or 7 towers but could never get near my tc, since i killed his stuff with vils/serjeants so was basically just a ring with gaps for me to farm

i eventually won because i managed to sneak up to castle age and drop a castle on him along with my donjons. most stone in the shortest game ever

If you move donjons to castle age you need to give them standard towers too, otherwise they would be super weak to tower rush, more than now at least…

Which defeats the whole point of the Donjon, which is that it is a full Tower replacement, and regular Towers are never seen in the Castle Age anyway.

From a game design viewpoint, giving them watch tower and then donjon in castle age would have made things easier. But I’m surprised they actually managed to not make this kind of stuff OP. All of this is super expensive, and despite the fact donjons are good against archers (they are buildigns after all) archers bully serjeants so hard, I had to do it myself to believe it 11.

I am very confident that a Dungeon-rush in Feudal Age is not a good strategy. Okay’ish at best, likely even worse than that. You stomping a random guy (who’s probably worse than you) doesn’t say anything about the strategy.

%99.99 agreed with you.As these op donjons are built by millitary unit.

Not intending to be mean but what’s your elo and the elo of your adversary here?

I would have liked this better. Just because a civ without even watch tower seems a little weird and the architecture for the donjon belongs to castle age.

They seem adamant about making the donjon feudal age so ig it will remain this way. At least I’m more fine with this now than at release since so far it’s not OP.

Donjon is a worse Tower and Feudal Serjeants get smacked by M@A, so there is no need to balance it anymore.
Even in the Castle Age, the Donjon is overly-expensive.

If you kill the serjeants with archers you can just use a few villagers to take out the donjon, no need to waste archers on it if you have loom they can walk underneath it without dying and they can’t have murder holes in feudal

If no military or and don’t want to create any, mine 50 stone and place 2 towers to match their 1 donjon

I don’t think it’s very strong in feudal compared to a normal tower rush at least on paper, it’s almost double the cost of a tower in stone and a little bit more wood too, and all it is saving you is the wood cost for a forward barracks next to your tower in practice

They’re better in later ages when you get multiple arrows and free tower upgrades but the ones you can place in feudal don’t seem worth extra stone cost so I don’t really see why they should not be able to use them, they have no normal tower and probably will never get one

I think all these weaknesses are necessary to offset the fact it does make the UU massable both without castle and in feudal age, which no other civ can do, as well as the fact that serjeants don’t run away if hurt while building.