My Balance suggestion for the Japanese and Ottomans

Ashigaru: Lower speed from 4.5 to 4.25
When the ashigaru receives the professional upgrade in the barracks increase the speed to 4.5, this is so that they are not so absurdly efficient at age 2

Upgrade exclusive to the mosque bonus (Not the card)
(The technology research time, not the colonist creation time)

(Do this with all subsequent villager max population upgrades)

Not to be useless on maps without Trading Post

“Merchant Marine” Changes delivers a Japanese detachment like the one on the Siberian map,

Sorry, I don’t get it. What did you mean?

Actually Japanese relatively lack XP in the late game since their cards are twice.
Having many way to get XP is not a bad thing, or you wanna nerf Japanese.

I always suggest to give Ottomans Composite Bowmen as their archaic archer units. That will make the way of balance easier.

The cost, pop and stats of Obus is embarrassing. Buffing them make them OP, nerfing them make them useless. If there is an archer unit, this new weak unit can do the job like crossbowmen who share the duty of anti-infantry, and the Obus could focus on playing the role of skirmishers and even have more opportunities to get buffed.

I really do not understand your question that the Japanese lack experience, it has nothing to do with double shipments, it is not bad to obtain experience but it is not necessary at that point in the game to obtain experience, European civilizations need it to send factories, The Japanese in age 4 are not in a hurry to send such a shipment, the competitive decks of the Japanese in 1v1 or 2v2 barely have 2 cards in fourth age that are common military units. I have never seen the Spanish consulate in the competitive scene, I have asked top 100 people what they think of the Spanish consulate, they answer me saying that it is useless, if a Japanese wants to gain experience, he should only play in a standard way making the sanctuaries boom with the economy that has to take out troops to get experience in combat and destroying things does not need an experience improvement, imagine you can practically use mercantilism 2 times, it has drip improvements from the Spanish consulate, cards for the sanctuaries to get experience and you think you use them ?? He only uses the experience wonder when paddling at age 2 but that’s because he needs to start with an aggressive opening in his match.

Sorry. Maybe I don’t know which word is that thing in my language.
You can post a picture and I can see it without the language.

I use those techs to gain XP and ship many cards quickly in the early fortress age.
Now you ganna remove 1500 XP from Japanese.

I don’t get it either, not familiar with the siberia map.

Upgrade exclusive to the mosque bonus

Obus: Increases the multiplier from 1.5 to 1.65 against light cavalry

Why x1.5 to x1.65 ? Is it to change the unit little by little to avoid making it OP ? I do not like such “not round” numbers. Are there this kind of multipliers elsewhere in the game ?

“Bullionism”: You can practically get this technology through the Dutch consulate by sending you the church, which is ridiculous, they should eliminate it and give a more powerful healing improvement to the monks or give missionaries.

This isn’t as strong as you think it is. XP has diminishing returns, you will get 3 shipments in the best case scenario with this (in reality you will usually get 2 since you require A LOT of export to do both spain and dutch consulate + gold).
In fact, the spanish consulate is rarely used in supremacy, my guess this is treaty related.

Ashigaru: Lower speed from 4.5 to 4.25
When the ashigaru receives the professional upgrade in the barracks increase the speed to 4.5, this is so that they are not so absurdly efficient at age 2

I have no idea what professional upgrade you mean.

That would still not make them viable, sadly.

That would be OP on maps with TP.

I don’t know what your strategy is, but if you save the export to buy experience in the Spanish consulate, believe me that it is a very unviable strategy

It is not my point of view, but that nobody uses the Spanish consulate in games of supremacy and in a treaty I imagine that they would first try to use the Dutch before the Spanish

Asian detachment, I mean this that appears in the image: 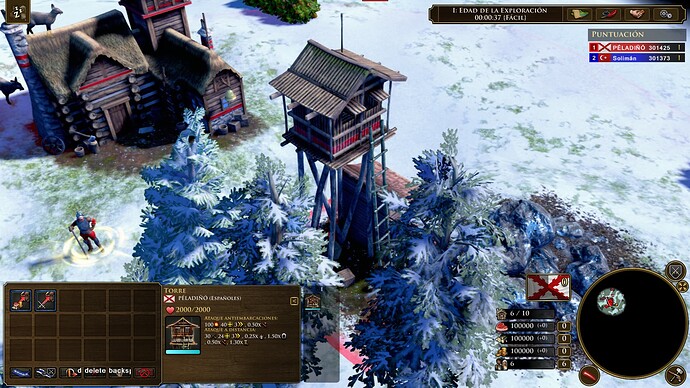 Ah ok i get what you mean now but even so i don’t think Spanish consulate would be viable.

In my opinion, people always use the Dutch since the Dutch is much much stronger than other European allies. The problem is not on the Spanish ally itself.

Of course people can change the 1500 XP provided by Spanish into other effect, but I think the heal improvement is weaker than 1500 XP so this change is not worthy. It can change to cost 1000 export and provide an export trickle 1.5 per second. This is an investment that pays off in 11 minutes, and reflecting the name of Bullionism too.