My Greeks, Egyptians, Norse, and Chinese monsters for Age of Mythology II

Zeus - God of the Sky, Lightning, and Order

Poseidon - God of the Sea, Storms, Earthquakes, and Horses

Hades - God of the Dead and Riches

Typhon - father of all Greek monsters. Strength was with his hands in all that he did and the feet of the strong god were untiring. From his shoulders grew a hundred heads of a snake, a fearful dragon, with dark, flickering tongues, and from under the brows of his eyes in his marvelous heads flashed fire, and fire burned from his heads as he glared. And there were voices in all his dreadful heads which uttered every kind of sound unspeakable; for at one time they made sounds such that the gods understood, but at another, the noise of a bull bellowing aloud in proud ungovernable fury; and at another, the sound of a lion, relentless of heart; and at another, sounds like whelps, wonderful to hear; and again, at another, he would hiss, so that the high mountains re-echoed.

Ra - God of the Sun and Light

Isis - Goddess of Fertility and Healing

Apep - an ancient and enormous serpent who embodied chaos and darkness. It is in constant battle with Ra.

Odin - God of Poetry, the Dead, Runes, and Magic

Surtr - An enormous humanoid being of destructive fire. Anything and anywhere before him will be scattered in burning flames. It carries a powerful and blinding sword brighter than the sun itself.

Yu Huang (The Jade Emperor) - God of the Sky and Land

Mazu - Goddess of the Sea

Sun Wukong (The Monkey King) - Sun Wukong possesses many abilities. He has amazing strength and quickness. Sun Wukong also acquires the 72 Earthly Transformations, which allow him to access 72 unique powers, including the ability to transform into sundry animals and objects. He is a skilled fighter, capable of defeating the best warriors of heaven. His hair has magical properties, capable of making copies of himself or transforming into various weapons, animals and other things.

I like the things that you have listed down, if Forgotten Empires ever takes a look at this post of yours they will then have easy access to a compiled list for the mythological creatures of these 4 cultures.

However, It would have been great if you put some spacing between each number for these creatures, because this post contains a lot of information in it to process and there is a chance that one can lose track when reading it, but in the end the way you have structured the text isn’t really that bad. So thumbs up for that!

Putting that aside, there are some other mythological creatures that I would like to include.

When it comes to the Greeks there are two other creatures that crosses my mind: Arachne and Lamia.

(1) Arachne was a woman in the Greek mythology who apparently challenged the goddess Athena to a weaving contest and where she won, but this enraged Athena and she started beating Arachne with a shuttle, which was a tool used for weaving. After Arachne hanged herself out of shame, she was then transformed into a spider.

(2) Lamia was a beautiful queen of Libya who had an affair with Zeus. Upon learning this, Zeus’ wife Hera robbed Lamia of her children, the offspring of her affair with Zeus, either by kidnapping or by killing. The loss of her children drove Lamia insane, and in vengeance and despair, Lamia snatched up any children she could find and devoured them according to the Wikipedia.

Lamia is usually depicted as a woman with the lower body of a snake.

Fun fact, Lamias appear in the Nintendo DS game “Age of Empires: Mythologies” (2008) as units but they are not available to any minor god so players cannot train them. In that game the Lamia seems to be wielding some kind of a two handed sword. They accompanied Ladon who is an antagonist in the campaign for the Greeks. 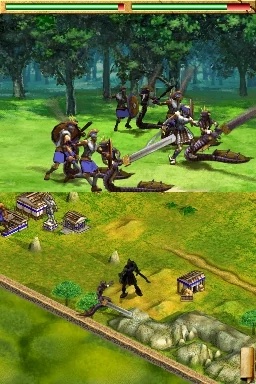 And then there’s the Brunnmigi and the Mare for the Norse.

(1) Brunnmigi whose name literary means “Pees in a well” in Old Norse are mythological creatures who defiles wells. Here are two different sketches that depicts the Brunnmigi: 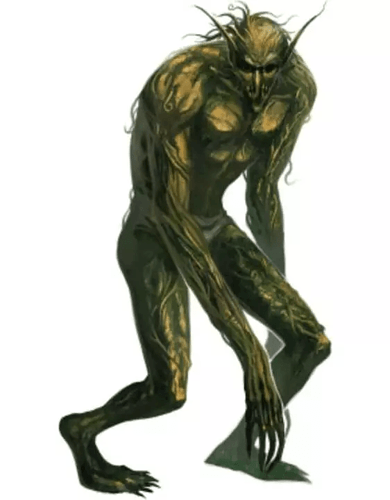 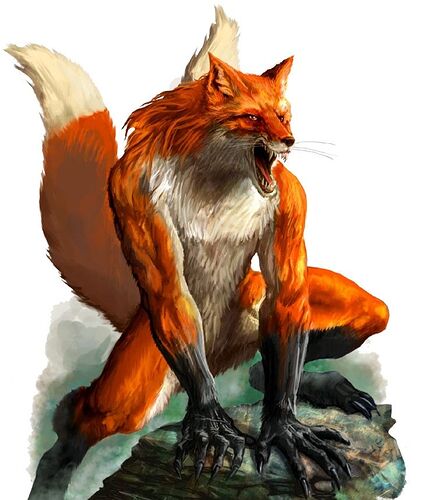 (2) The Mare is a malicious entity that rides on people’s chest while they sleep which causes them nightmares. The word “Nightmare” itself seems to originate from these mythological creatures that are not only told of in the Norse mythology but by other European mythologies as well. 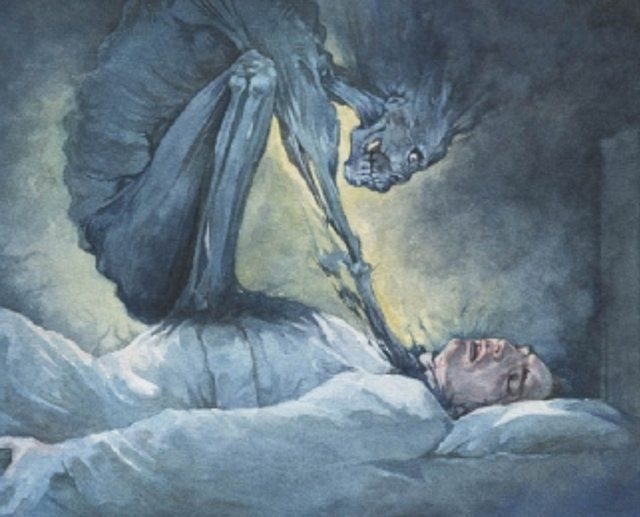