My historical perspectives on the "Abbasid Dynasty"

In my quest to better understand the history behind the game’s factions, I have been researching the “Abbasid Dynasty”. Here is what the game says about it: 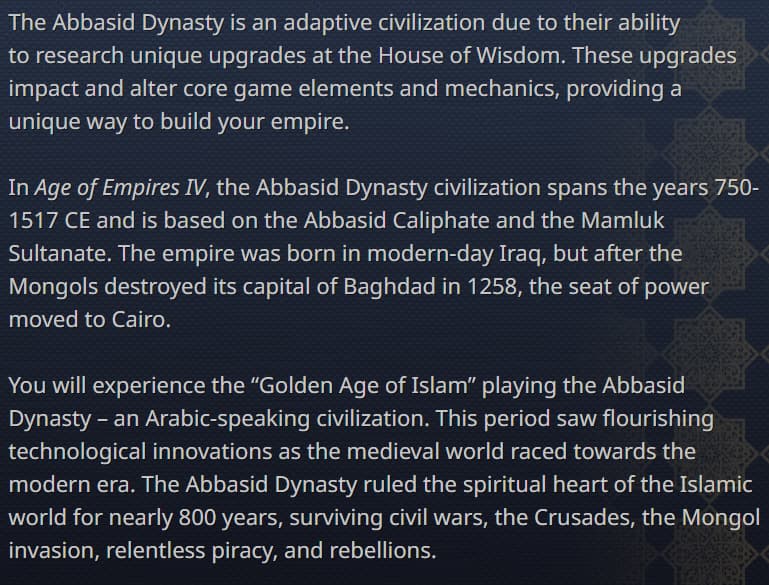 However, this is not entirely true. As far as I have been able to find out, the Abbasid caliphate disappeared in 1258. The capital, Baghdad, was destroyed, but not replaced by Cairo. In fact, Cairo was the capital of the “laters” Fatimid Caliphate, Ayyubid Dynasty and Mamluk Sultanate. This last one was that actually held out until 1517, as it says.

This is not meant to discredit the work of the game developers. On the contrary, as far as I am concerned they have done a great job and I know that it is difficult to know how to develop civilisations that are so variable over time.

Personally, I think this civilisation should be known generically as “Arabs”, although I may be wrong. The flag could remain the same, as it coincides with that of the first great caliphate to be established. What I see so necessary is to replace the light or heavy cavalry with the famous Mamluks. 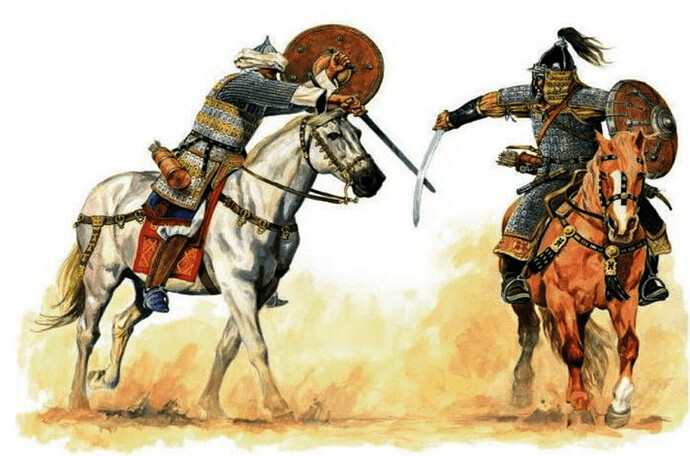 What do you think about this? Greetings to you!

When Bagdad was destroyed by the Mongols one of the last caliph’s cousins fled to Cairo and became the new caliph there. It was only by name though and the Mamluks took care of real business. So I think it’s fair to say the Abbasid dynasty lived until 1517.

As an Abbasid player, I want the Delhi scholars, because WISDOM IS POWER!

However, I feel that the role of the Ayyubid Dynasty and Saladin during the Crusades was wasted by not taking them into account. What a beautiful campaign could come out of this.

I dont see why they have to tie the Mamluk sultanate into it, I feel like they would make a good civ on their own

Because in that case the period only goes up to 1258, making gunpowder weapons meaningless.