The Arsonist is a really weird merc and would make more sense as an outlaw since normally mercenaries represent elite troops and not random criminals or jobbers. So make Arsonists a weaker high pop outlaw and fill the missing Indian merc grenadier space at the tavern and Indian home city with a Mysorean Rocketeer that launches rockets with the same animation as the fire thrower and switches to a musket or pistol in close range.

Mysorean rockets were an Indian military weapon, the iron-cased rockets were successfully deployed for military use. The Mysorean army, under Hyder Ali and his son Tipu Sultan, used the rockets effectively against the British East India Company during the 1780s and 1790s. Their conflicts with the company exposed the British to this technology further, which was then used to advance European rocketry with the development of the Congreve rocket in 1805. There was a regular rocket corps in the M... 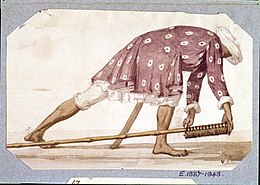 Hello Dapsley!
I made a similar post 4 days ago that concerned adding the Mysorean Rocket to the game. But Instead of making it into a Mercenary unit I was suggesting that it could be a new unique military unit to [India] that would be trained from the [Castle] and the [Agra Fort]. https://forums.ageofempires.com/t/1-new-trainable-unit-for-the-aztecs-haudenosaunee-incas-and-the-indians/207800

The reason for making this unit exclusive to India was so that they could have access to an alternative long-range siege that didn’t take up as much population space as the [Siege Elephant].

it could be something that everyone can use at the tavern but the Indians can reliably train with a new card. Maybe they could even change the atonement to give access to them instead of Jat Lancers.

it could be something that everyone can use at the tavern but the Indians can reliably train with a new card. Maybe they could even change the atonement to give access to them instead of Jat Lancers.

That does not sound like a bad idea. But Instead of giving India a card where they can train the Mysore Rocket, how about making two different variants of this military unit?

Where one is a mercenary variant trained from the [Tavern] or [Saloon], while the other variant is exclusive to India and can be modeled after this sketch: 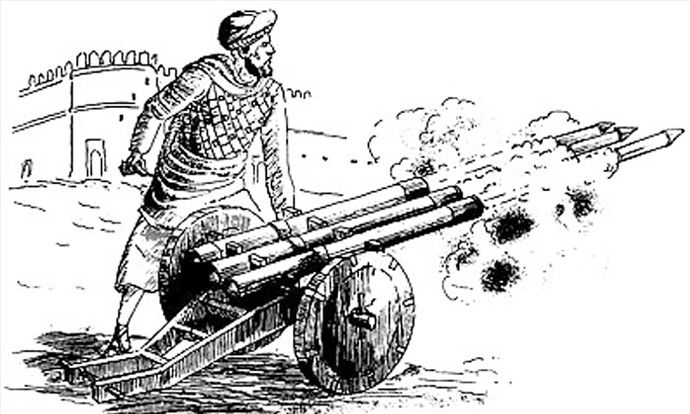 I agree, if/when they rework the Indians, the developers should add in Mysorean rockets, both to boost their artillery options and to credit the Indians for developing military rocketry. The British Congreve Rockets were modeled from the ones they encountered in the Mysorean Wars. At the time, those rockets gave quite a scare to the redcoats when they first encountered them.

They really ought to split them up the like AoE2 did with the Dynasties of India. Mughals and Maratha could have more actual cannons, and Mysore could have Rocketeers.