Since walls are so costly and take ages to make. Can we get scouts nerfed? Like no bloodlines until castle age. Take much longer to make until castle age. That or buff villagers vs scouts so they have a fighting chance, instead of the game just ending in the feudal age.

The low elo/noob experience/casual gamer in a nutshell. Get hit by scout rush, instant game over, and quit. If walls suck so badly now, can we at least get some other means of defense? Since the anti-wallers have won.

Like a new Town Center tech that helps Villagers fight off scouts and eagles by giving them bonus damage against them? It will cost something like 100 food and take 60 seconds to research, and take away TC time in making villagers, but will allow your villagers to fight back against a feudal rush. They won’t beat a scout in a 1v1 fight, but nearly beat him. An Eagle does better than a scout vs a villager.

Or maybe a tech that gives villagers bows. Try rush that. 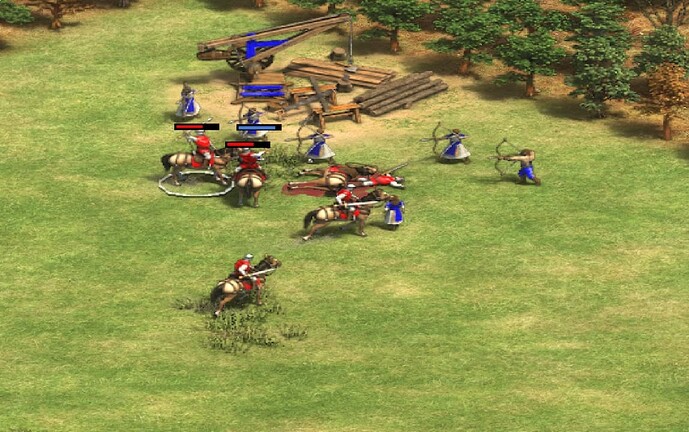 I think the issue might be your playstyle. playing passively invites pressure. the best counter scouts and eagles the nerf is not too big of ideal since walling only cost about 50 more wood. If they attack your wall behind and queue up some archers and force them to retreat. spearmen are good counter to scouts especially in lower elos where the scout player might not have the army control good enough unit control to properly avoid the spears. Bohemians are probably the most resistant to scout/hussar raids with their extra bonus damage and extra villager Hp/speed. Eagles have already been indirectly nerfed with the longsword’s buffs.