This is an idea for a new civ that could be added in a DLC.

Note: this is my first time using Aoe2 forums.

Would the camel hussar also have wings? Because we have way too many winged hussars already.

There were no castles in ancient times.

Yeah it would have wings like a standard hussar to make it stand out. But it could look more like light cav, I’m not really sure. It would definitely have the rider of a hussar or light cav. 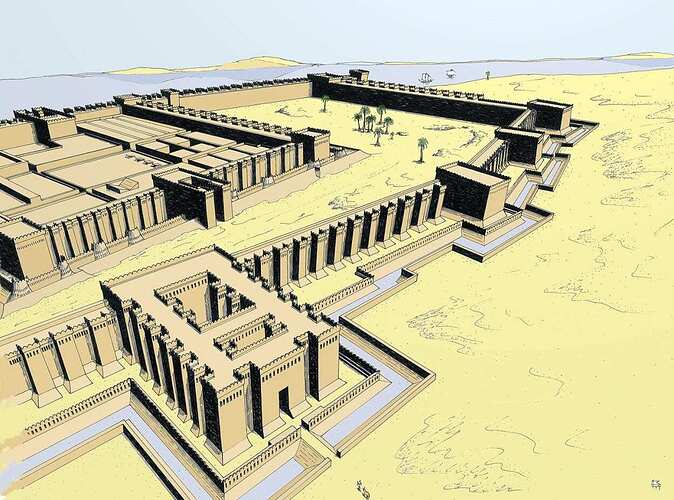 Buhen was an ancient Egyptian settlement and fortress, located on the West bank of the Nile in present-day Sudan. - HeritageDaily - Archaeology News

Is the UU historically based at all? Also, giving siege units extra PA is almost useless. It only affects scorps, mangonels, and BBCs. I don’t know what they would have for siege options, but trebs and rams already have really high pierce armor. If mangonels get a PA buff, then they are even more lethal to archers.

I couldn’t find much about Ghana and camel hussars is a good idea and extra piece armour will help against archers when using bombard, scorpions and mangonels.

I just noticed you suggested “Camel Caravans” as a replacement for trade carts. Is there even any point to that, given trade carts now have more regional skins?

Could have more hp on trade carts as well

I couldn’t find much about Ghana and camel hussars is a good idea and extra piece armour will help against archers when using bombard, scorpions and mangonels.

This is a camel unit or a horse unit? if a camel it can be simply named to camel lancer.Hussar is a european term anyway.

Why not make the caravan the UU? we dont have any civilian units as a UU yet.

A unit that is stronger and better than a generic one obviously.
Maybe something like a trade unit that can fight as well similar to villagers where you can use them for defense and offense but not good as a military unit.

Perhaps a train of 4 cammels , some have baskets for trade and 1 can fire arrows to protect the caravan/trade route as they treverse accross the map. High piercee armour and average attack.

Would it be made from a market as a extra upgrade like the imperial camel and imperial skirm upgrade?

We need a Bactrian camel with stuff on its back not a camel pulling a cart though.

Are they not an asian breed of camels?