As the Ottomans and the Malians are going to be added, I’m hoping for some new animals whether it’d be a wild, huntable, or herdable one. Now I already know that the cattle will be introduced because I’ve seen it when Malians are being played as due to them having a cattle ranch. Now, an example of a new wild animal I’m hoping to see is the Lion because the Lion is in Africa and was historically in the Anatolia. An example of a new huntable animal is the Gazelle because that animal is located in both, Africa and the Middle East (including the Anatolia). An example of a new herdable animal is the goat because that’s also spread throughout Africa and the Middle East.

Unfortunately, in the current PUP, the Sahara Desert biome (the sole African biome) has deer, wolves, and boar like all the other maps. Which is a disappointment for me, since I would like to see distinctly African fauna as well.

Gazelle, lions, and elephants would be my pick for African huntables as a nice callback to the first Age game.

Lions also exist in Asia to this day. There were even lions native to Europe (went extinct during Romans’ time). 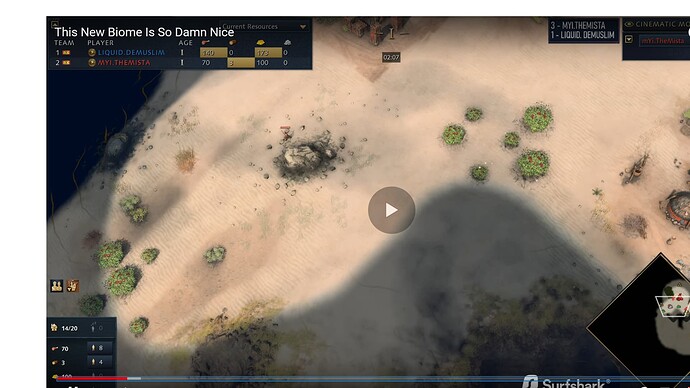 Agree. Also, I think these berry bushes seem kinda out of place in the middle of the Sahara Desert. Maybe reskin them a bit.

Some will say changing berry bushes, or swapping wolves for lions would “confuse” them and hurt “readability”. I once complained about the total lack of birds and those were the responses I got, go figure.

thats just an stupid thought , changing textures its not a problem , those who complain about readibility let me remind them that the 2 abbasid cammels are basically the same at first glance .

SO changing them should be a problem at all.

We’ve got to see new animals introduced. Lion and Gazelle are very good ideas to add.