A lot of people have suggested introducing the Tamils to Age of Empires II as the second civilization to use the South Asian architecture. While I fully endorse that, I’d like to propose a third civilization that I think definitely deserves to be its own civilization in the game.

As representatives of modern-day Bangladesh and Eastern India, they are based primarily on the Pala Empire, Sena Dynasty, and Bengal Sultanate. Before their conquest by the Mughals near the end of the Age of Empires II timeframe, they were home to some of the most impressive and cultured empires in Asian history.

All of the Bengal empires were renowned for their extensive use of war elephants, which is why they train Battle Elephants faster. While they don’t get any physical bonuses and lack both Bloodlines and Plate Barding Armor, the Bengals do have access to Heresy like the Malay, encouraging the player to mass produce Battle Elephants without fear of conversion. The Pala Empire was notable for its vast array of universities, some of which are the earliest in human history. This is reflected both in their faster-researched technologies, as well as their less expensive Universities. While they perform much better in the Castle Age onwards, being able to research technologies more quickly reduces the sacrifice of researching Loom and Wheelbarrow during the first two ages, not to mention they can get the woodcutting and farming upgrades a bit sooner than usual, too.

The Bengals relied heavily on their navy, with the Pala Empire in particular defending their shores from invasions. This is reflected in their Towers’ extra power against warships. The Maharaja technology encourages the player to go for a Wonder victory because the Pala Empire was heavily cultured and diplomatic society that did a lot to integrate the kingdoms surrounding it.

The Chariot was a major part of the Pala army. Since I don’t want it to be a rehash of the Scout line as it would be if I modeled it after the Age of Empires I Chariot, I decided to make it strong against elephant units. It can defeat a Persian War Elephant in one-on-one combat. However, it’s generally less powerful than the Knight line and moves a bit slower than those.

The Bengal military primarily focused on elephants, infantry, warships, chariots, and cavalry. As such, their Archery Range is very poor. While they did employ cavalry, their horse fighters were noted to be generally weak and primarily imported from other societies, so they also have a poor Stable despite their specialty in elephants and cavalry unique unit. The spread of buddhism was a major part of the Pala Empire, so the Bengals have an excellent Monastery that only lacks Faith, in addition to their Monks being slightly cheaper. The Bengals have a decent Siege Workshop, particularly due to the artillery prowess of the Bengal Sultanate. While I wanted to retain the civilization’s defensive nature (hence the lack of the Capped Ram), the Bengals can definitely rely on Siege Onagers, Bombard Cannons, and Heavy Scorpions as a substitute for their poor archers.

As I noted before, the Pala Empire was famous for its universities and monasteries, so they have access to all University technologies. Most of their units are quite expensive, thus forcing the player to create a large economy to support them later on.

Their wonder should be the Nalanda University.

Another alternative from Eastern India:
The Odias (600BC to 1600AD)
One of the classical languages of India(didn’t change since milleniums, from Ashokan Era). This region was always ruled by its local rulers, rose to dominate large parts of India as the Kalingas 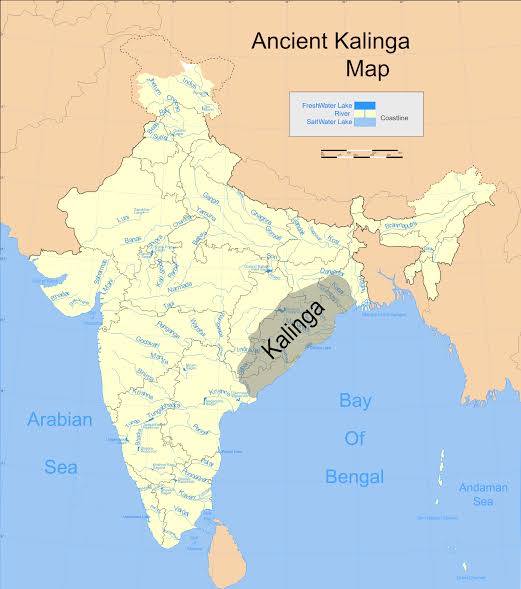 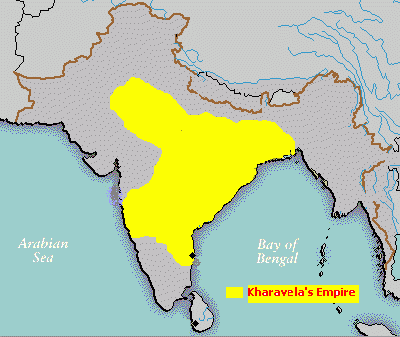 then under Choda Ganga of Utkala 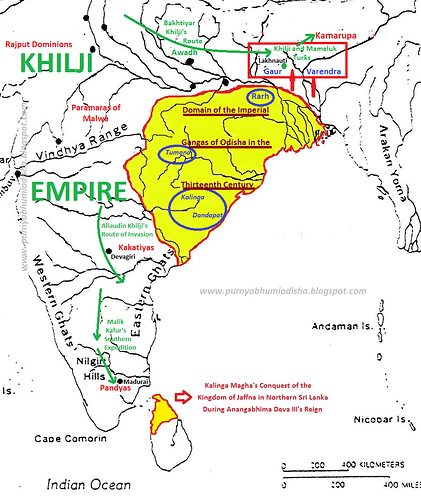 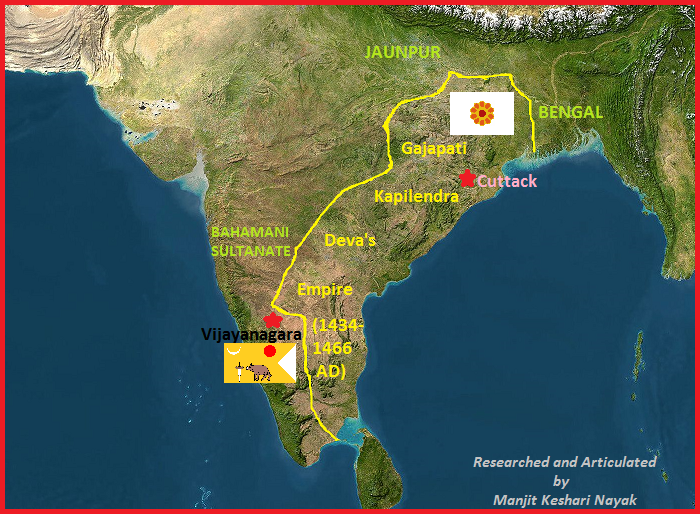 1 - Kapilendra Devas Empire700×514 543 KB
Expanding influence to far fetched lands of Ceylon, Indonesia (Java and Sumatra)
The Sinhala of Ceylon are the descendants of Kalinga, tracing to the creation of Malay Empire by the help of trades with well known Boitas(Special Ship) by the Sadhavas(Sailors), and to create a Kalingga kingdom in Java as well! Odias were also similar to Bengalis in relying on Fishing and having large Elephant Armies(hence the title gajapatis=“lord of elephants”). This tropical region has got its unique architecture called the kalinga architecture(https://en.m.wikipedia.org/wiki/Kalinga_architecture) that gave birth to beautiful temples such as the Jagannath Temple(wonders) and the Konark Sun Temple and influenced the style of South East Asia as well, Angkor Watt’s similarity to Jagannath Temple is an example.
The Odias also have their Paika Akhada Martial Arts
https://en.m.wikipedia.org/wiki/Paika_akhada The first independence rebellion of India against British, Paika Rebellion was also staged by the Odias under Bakshi Jagabandhu. Odisha has been an epicentre of Jainism and Theravada Buddhism. It has a history of resisting muslim invasions for a large period of time, 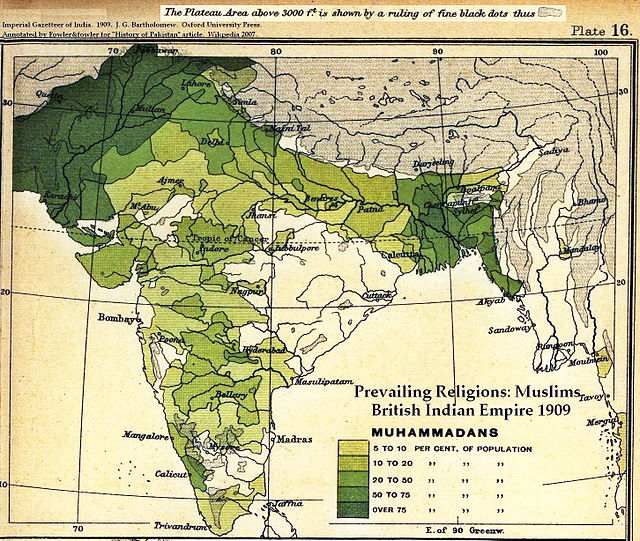 I’m wondering why they lack the Cav archer line entirely? They aren’t a mesociv, so they should get them just like everyone else. Also, I see the point of Prantapala for the flavour of the civ, but since the civ already gets a discounted University and faster techs, Heated shot is already easier to get for them than other civs, and since it’s really good at its job the UT sounds redundant.

Their lack of the Cavalry Archer line is for similar reasons to the Indians lacking the Knight line. The Bengals weren’t an archer civilization and their cavalry was imported rather than home-bred, and not having Cavalry Archers encourages the use of Siege Weapons instead.

The idea of Prantapala technology combined with the boosted universities is to improve the defensive capabilities of the civilization. Their shore defenses still aren’t perfect because their early economy isn’t the best and even their fully upgraded towers can be easily destroyed by Cannon Galleons.

The difference between Indian and Bengal is that Indian have all cav techs, so if they had Knights at all they would be flawless in Castle, while the Bengal’s lack of Thumb ring is enough to make the CA suboptimal right from the start. It’s like with Celts and Teutons: they have good siege and bad CA so 95% of the time you will forget about those, but the day you feel like (or need) to do an outside of the box strat, they are here to help you surprise the enemy.
As of the Prantapala tech, your reasoning is good enough, but besides Korean towers/Teuton castles the basic Canon Galleon counters all buildings already… It sucks that you can’t make it like in AoE3 (where buildings get a special anti-ships attack that has a longer range than their normal attack) because it would allow the tech to unlock a naval fortification like in the campaigns, but that wouldn’t be able to snipe land units as well.

You can name it 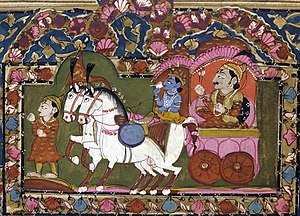 Ratha (Proto-Indo-Iranian: *Hrátʰas, Sanskrit: रथ, rátha, Avestan: raθa) is the Indo-Iranian term for a spoked-wheel chariot or a cart of antiquity. Its equivalent term in the Dravidian languages is Ther. Chariots figure prominently in the Rigveda, evidencing their presence in India in the 2nd millennium BCE. Notably, the Rigveda differentiates between the Ratha (chariot) and the Anas (often translated as "cart"). Rigvedic chariots are described as made of the wood of Salmali (RV 10.85.20), Khad...

Thanks everyone for your input! Here are the main balance changes I will make to the idea based on feedback:

Monks instead cost -25% less gold (this is larger than the Portuguese bonus, which reduces gold cost for all units by %15)

Better use Monk extra range as civ bonus instead of gold. Because it overlaps too much. Extra Monk range isn’t done yet.

Give Chariot unit new role instead. Anti-cavalry would make them really useless. Most of the civ doesn’t have Eles to begin with. Regenerating cavalry idea won’t look pretty by design but that is something not done yet.

In AOC Atheism was useless. In FE they are quite useful since they make Spies cheaper. Still niche tech. Wish it buffs something other too.

In a casual game on standard victory conditions this version of Maharadja sounds quite strong. Also I forgot to ask, does it affect your team only or all Wonders? Also while the Chariot is super niche it makes up for the fact the eles lack two blacksmith upgrades, however maybe its niche is eaten by monks and halbs?

Another idea:
Ratha after breaking will spawn a dismounted archer who continues to fight on foot.

Rathas can have 2 population, 1 for the driver, another for the archer. It will be killed twice like the Konnik. First kill gets the driver and horse killed, population room taken by the unit reduces to 1, then second kill gets the dismounted archer killed.

What would the Civ actually be good at? OK, their Monks are cheap, but thats not enough to carry the Civ.
Their Cavalry is crap (no Bloodlines, no Blast Furnace, no Plate Barding Armor)
Even their Elephants are arguably almost/just as bad as Malay (+1/1 armor but -2attack)
Their Infantry is useable but subpar (No Blast Furnace)
Their Archers are crap
Siege is good but not top tier due to missing Rams.

What is the game plan with this Civ?
Usually a Civ needs to have at least one type of Unit they are really great at (e.g. Frank Paladins), our pump out very cost effective (e.g. Goth Infantry)

What I would suggest would be different Unique Technologies, to make certain Unit lines more viable, while still keeping the the very spotty tech tree, which would make the Civ very interesting.

I feel the game plan for this Civ could be a fast Imp into Elephants and Siege and while the Siege does less friendly fire, the Onagers can protect the Elephants from Pikes and tank the friendly fire damage, which will be healed by Monks.
I would reduce Stable upgrade costs, since in the end, you need to upgrade up to an imperial elephant, which should be roughly on the power-level of a Khmer Elephant, maybe less attack, but more tanky and the upgrade path should cost about the same.
I don’t know what the role of the Chariot could be, but I’d be leaning to Anti-Archer

What about imperial skirmisher, genitour, condottiero and slinger?
I don’t see a problem in Imperial Battle Elephant.

Odias did have great elephants that’s why they were titled Gajapatis (Lord of the Elephants). Assamese and Odias are close relatives of Bengalis.

And who told you Bengal Region didn’t have great Elephants?

South Asian Elephants are in general stronger and larger than Indochinese Elephants.

While Indochinese Elephants are much smaller pygmy elephants . Thats why they were used in large numbers to be effective.

African Elephants are the largest but they are not tamable. 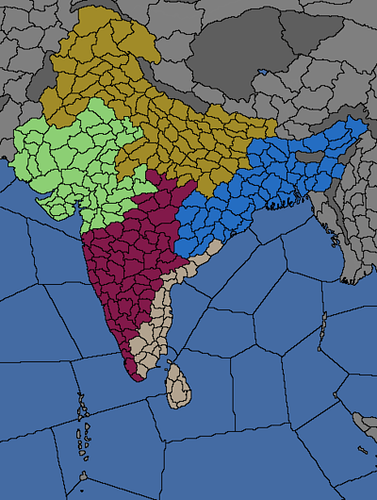 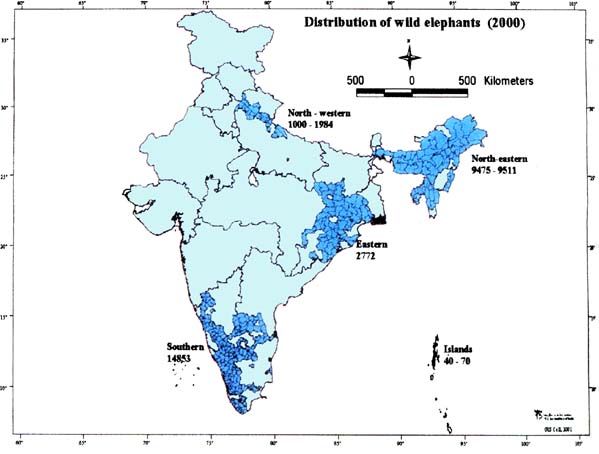 Here’s the Elephant distribution in India.

Bengal Region has one of the highest concentration of Elephants