I have been thinking since I saw the official trailer for AOE II DE, what other civilization could be added to make the AOE III DE experience more fun. When I saw the trailer I noticed buildings with pirate flags being quickly shown. Now I know this is from the campaign but what if we had a pirate civilization?

These are just some really rough draft ideas at the moment on how this civilization could work:

*Settlers would be pirates and have more hitpoints/attack points (especially)
*Fishing boats and gold mining boats gather more quickly than other nations while depleting less of that resource in that area
*Docks are cheaper to build
*Ships may be cheaper to build?
*Houses and buildings can look like the they are from the Island of Tortuga
*Ships can provide some population increase.

*Can have a fowl companion (with hp) like a parrot that soars overhead and scouts an area or it can be an ability like the spyglass showing a parrot flying around but disappears as soon as the ability times out. Has no hp. (maybe for x amount of time, then it has to reload for y amount of time?)(think spyglass ability amount of time)
*Apart from building a Town Center, can build watch towers.

Imo if we are gonna get anymore civs then one of them has to be Italy. Why? Well Italy like Sweden was meant to be a playable civ and a lot of its units and files are left over in the game. Other then that the only other European civs i would want would be Denmark-Norway and may Poland-Lithuania the latter of which could be really unique and we could get the famed winged hussars. Native American wise i think we are good with the addition of the Incas. For Asia I really dont know, maybe a southeast Asian civ or Indonesian one.

I totally agree with you. It would be awesome to have African maps with its corresponding tribes. Perhaps even Belgium could be included. I’m also fine with more Native American tribes too. I mean the pirate faction would probably be behind (in terms of priority) Italy and African Civs.

I totally agree man. All of those Civs are awesome.

Nah Belgium should not be included. They only formed in 1830 which is well at the end of aoe3 timeline. Many more European powers should be prioritized instead of them, like the Danes, and Polish.

Good point, I was trying to think of others that colonized Africa. Poles and Danes would be awesome!

Two Asian Dynasties in my opinion:

Coordinates: 32°N 53°E﻿ / ﻿32°N 53°E﻿ / 32; 53 Iran (Persian: ایران‎ Irān [ʔiːˈɾɒːn] (listen)), also called Persia, and officially the Islamic Republic of Iran (Persian: جمهوری اسلامی ایران‎ Jomhuri-ye Eslāmi-ye Irān (listen) [dʒomhuːˌɾije eslɒːˌmije ʔiːˈɾɒn]), is a country in Western Asia. It is bordered to the northwest by Armenia and Azerbaijan,[a] to the north by the Caspian Sea, to the northeast by Turkmenistan, to the east by Afghanistan and Pakistan, to the south by the Persian Gulf an...

Transoxiana (also spelled Transoxania), known in Arabic sources as Mā Warāʾ an-Nahr (Arabic: ما وراء النهر‎, [ˈmaː waˈraːʔ anˈnahr] – '[what is] beyond the [Oxus] river') and in Persian as Farā-rūd (Persian: فرارود‎, [fæɾɒːˈɾuːd̪]—'beyond the [Amudarya] river'), is the ancient name used for the portion of Central Asia corresponding approximately with modern-day Uzbekistan, Tajikistan, southern Kyrgyzstan, and southwest Kazakhstan. Geographically, it is the region between the Amu Darya and Syr Dar...

Threads like these do make me wonder about the future of Wars of Liberty. The context is that WoL, along with Napoleonic Era, was one of the best mods ever made for the game. Check them out here: 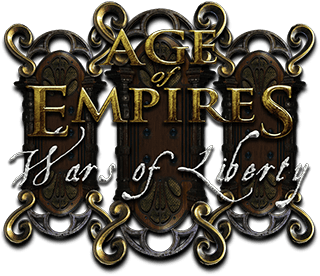 Free, fan-made modification for Age of Empires III. Who will you be in the scramble for Africa?

In particular, I’m interested to see whether or not the developers of those mods port their work over to DE. This doesn’t not pertain to OP’s question as to adding the pirate civilization to AoE3, but I felt it was relevant because these mods are so good they are basically standalone new games. I’m not sure about NE but the WoL one does have a community behind it.

Edit: I actually checked and it appears that WOL will not be ported to DE for the foreseeable future.

Edit: I actually checked and it appears that WOL will not be ported to DE for the foreseeable future.

Although I think it would be interesting to see the WoL mod in the DE, I think it is the right decision. WoL must polish the balance of its civilizations, avoid elements of fantasy and have much more historical rigor. It is also obvious that it has yet to add many more important and well-known Native American civilizations.

Persia, Oman, Siam, Burma, or Vietnam. For Americas, Mapuche and Hawaii or Samoa (technically pacific islander but they had knife dances that fit could with the American fire dance). Kongo, Ghana, Songhai, and Ethiopia for Africa. I think Europe is good for now but this is my dream list.

I consider the time period 1500-1850:
European:
Poles or Denmark, while the power of Poland deteriorated with time and eventually the Country even vanished for 123 years in 1795. But 16th century Poland was one of the strongest countries in Europe. TBH, Poland didn’t have colonies, maybe this is the reason for Denmark.
Asian:
Persian or Vietnam. A lot of requests already, so I won’t repeat. Koreans too, maybe.
Americans:
USA, Mexico. USA especially is missing in the game taking place in US mostly. Mexico also can be reasonable civ, especially for 18th century.
Natives:
Comanches. This is gonna be surprising for most of You guys, but after my research (Empire of summer moon, The Comanche Empire - Pekka Hamalainen) it turns out that Comanches were the biggest powerhouse of all plains natives in US history, especially towards 18th century. I’d be even for replacing Sioux with them, as Sioux uprising is not comparable to over 150 years of fending off Spanish, Mexicans, Texans and US Army by Comanches. It seems that they are the main reason why Spanish stopped their expansion into North America and they were the reason why Apaches lived in deserts and hills (Comanches utterly destroyed them on plains wars during 18th century and fending off to the deserts). They were basically a dominant force of southern plains, regulating trade routes and fending off enemies, slowing down expansion. Being a famous raiders and considered the most skillful native cavalrymen, they should rely mostly on horsemen, even to more extinct than Sioux. Maybe the 2nd half of XIXth century was not as spectacular for them (diseases hit them much more than Sioux, approx 80% of population vanished), they also fiercely fought back and this game is focused on a bit earlier period than late XIXth century - I know there’s a campaign specific for Sioux, nevertheless, Comanches should also be playable)

Africans:
It’s a shame we don’t have a separate african expansion, Malians and so on should be included (like 3 civs).

Overall, besides of Africa, devs seem to cover well the most cultures, my only complaints are mentioned Africans and missing USA and Comanche civ - much more empire-like than Sioux confederation it seems. I also saw Comanches concept arts from early AoE3 days (before warchiefs) and it seems that devs considered them playing bigger role at the beginning.

Yes I would love to see one Irani and one Indochinese Civilization.

By Indonesian/South East Asian civ., I believe it should either be Kingdom of Majapahit or Sriwijaya, as they were known to have conquered most part of the Southeast Asia region.

Persia will be great.

Them and Italians are the civs I want most.

The possibility of new content depends on when AoEIV releases. If AoEIV comes out next year I doubt we’ll get more content but if it launches in 2022? maybe.

It is encouraging to see us fans advocate for more civs though. I hope the devs are taking notes.

if you asked me to make a list of factions i still want to see:

for Asia (i know a lot less here sorry):

For me, I want to see Korea, Iran, and Indonesia in the game. Maybe Siam too.

Iran was a much more powerful empire than Siam or Thailand at AGE3 period.