I don’t think that there are more and less important civs to include, all are worth in the end…

Of course there are more and less important civilizations, you have to rank them according to their impact on the period in question. Should we toss a coin between including the Germans or the Finns? Imagine how the game would look like… Not all nations had an equal presence in the period, portraying every people would not only be impossible but destroy immersion.

It is unfortunate that FE devs decided to care more about the szaldons of this games instead of TG and Ranked players.

Considering that those players (Ranked and TG players) don’t make up the majority and are the ones which demand stuff without giving something back in return, it’s not surprising.

You get Hotfixes, bug fixes, events, gameplay improvements and officially sponsored tournaments with a higher prize pool than ever and the only thing I see about the so called “AOE MP fans” are complaints over complaints and how better it was with Userpatch AOC.

Just go back playing that if you prefer lesser civs, a stagnant game and older graphics. Nobody will hold you back.

its more important to have ridiculous new civs like missisipians and kongoles (cringe).

Just go read a history book and inform yourself. Not my fault you’re lacking knowledge in the Medieval/Renaissance Africa/America department.

. I think they should have gone the route of Medieval Total War and included all the major European powers and then added some Asian and African civs which had some form of interaction with the Europeans. But expansions sort of took a strange turn and now we have Inca and Mali but lack the Bohemians…

The Ensemble devs wanted to cover the world. They didn’t want to remain only in Europe.

How Ensemble Studios Picked the Civilizations

(Posted by ES_Sandyman in our forums.)

THE NEW ARCHITECTURE SET: the possibilities were New World, India, or Africa. Frankly, we thought the New World civs were the most exciting. Don’t waste your time flaming us about how they were stone-age savages. All you do is show your ignorance. Go read a book or something. We knew that the Aztecs were cool, had name recognition, and were defeated by a concatenation of lucky flukes. Maybe we’ll do India and Africa another day."

I agree completely with Sandy Petersen that compared to Aztecs, Malians, Indians or any other Forgotten Empires expansion civ Bohemians aren’t that exciting. Ensemble Studios always wanted to expand around the world.

Just look at this video if you’re interested into further details:

The Ensemble devs wanted to cover the world. They didn’t want to remain only in Europe.

Sure, there’s no denying they wanted to go a bit crazy with Conquerors. I don’t remember if Petersen took over after AoK but the tone changes a lot from AoK which is thematically consistent, I don’t think the expansion was in the right direction. It’s fun to push the limits a bit with but it also made the game more cartoonish and lose its original focus. This recent expansion is going back to the roots of AoK, with Campaigns mirroring Williams Wallace’s, Joan D’Arc’s, Saladin’s and Barbarossa’s and is all the better for it in my view.

To be honest, I find the theme of the latest expansion to be kinda boring, especially considering that it didn’t come with any new architecture set at all.

Even in AOK, you have Chinese fighting against Goths which makes zero sense for several reasons. It was always supposed to be historical fantasy. Hell, even the civ designs in AOK is weird and quite comical if you think about it. You have Woad Raiders from the early Dark Ages next to Paladins (of those actually only 12 existed at the same time and would be a Franks only thing). Also Goths with Gunpowder cracks me up too.

Europe is pretty much done after LOTW. The only expansion pack I could maybe see work is a Slavic one but you can clearly see in this forum as well as on Steam that the opposition to yet another European expansion is huge, considering also that “The Last Khans” was kinda an European expansion too. Considering that Forgotten Empires is hiring architecture concept artists, I think the next expansion pack is going to feature a new architecture set, probably with some new civs too and probably also outside of Europe.

Well on the one hand the wanted to be very historical, almost making it an educational tool with the large encyclopedia. On the other hand they added in silly things like the Celts. But at that time they thought they were making a childrens game but since then its become far more historically accurate…

People want to take the game in different directions which is only natural, I can only say for my part I enjoyed the Last Khans and LOTW the most for the exact reason you didn’t, because they brought back the focus to Europe and the Holy Land. Honestly I think most people enjoy this focus as well, everytime you ask people what’s there favorite civilization, it’s “Teutons”, “Britons”, “Celts”… There might be some very vocal people on reddit who are passionate about the inuits or polynesians but I doubt it would be popular at all, 99% of people don’t write on the forums.

All I need to say. With the exception of Eastern Europe, the rest of Europe is pretty low.

All I need to say. With the exception of Eastern Europe, the rest of Europe is pretty low.

Like I said, very few people are on any forums in the first place so you have a lot of activist types posting dissertations on “obscure civ x”, these people are not necessarily representative of the millions of people who play the game.

It would be quite surprising if this poll which has nevertheless more than 200 votes would not show at least a certain tendency. I know if it would be official and if it had 10k votes it would be better, though it’s better than nothing.

Ngl I’ve seen a lot more threads asking for Eastern European, Indian, Sino, African and American civs than anything else.

Going the microscope approach for Europe and leaving the rest of the world uncovered or in huge blobs seems weird. You’ll end up with Savoyards fighting against Indians.

To be honest, that’s why purely from a civ picking point of view I’m not the biggest fan of the latest addition. They seem a bit too specific for my taste, even though they’re fun to play.

I wasn’ familiar with the Norman Kingdom over Sicily before that expansion pack. Being an European civ doesn’t make it automatically familiar. A Tibetans civ would probably have been a more recognizable addition than the Sicilian civ we got.

Just go read a history book and inform yourself. Not my fault you’re lacking knowledge in the Medieval/Renaissance Africa/America department.

Maybe someday i will inform my self and i will read some books or some papers or even some random wikipedia links that you upload on this forums that show that once upon a time there was a community over north america that discovered fire there so they should be added to the game.

This is not a history simulator, this is a game, and it is not getting better with the addition of the “mapuches”.

If this game keeps improving and keeps getting better its mainly because UP features and MP community who ask for them.

Dang I didn’t know you only needed to have discovered fire to resist both the Incas and the Spanish.

More seriously if you want people to take your opinion seriously don’t come out of your way to make yourself look dumb.

Dang I didn’t know you only needed to have discovered fire to resist both the Incas and the Spanish.

It doesnt matter if they didnt discovered fire or if they invented calculus, i dont care, new civs are totally unnecessary.

Then just say this, and if it’s not enough, there are tons of actual arguments. Balance, design space, and probs more.

You do you. I could live without any tournaments too.

MP has always been a secondary aspect of this game IMO. Nice to have, but not really necessary.

Considering the toxicity I’ve seen on AOCZone, I’m glad I don’t touch it.

Woad Raiders are actually from the time of the Roman invasion, before Christ.

They are not even Medieval, at all, not even the Dark Ages, they are from the Iron Ages and Antiquity.

They look cool and used as early or simple units like how skerlings were woad raiders before becoming iroqs units.

Well, the English stole the longbow from them so it may be the reason why…

I never talked about Genoese and Milanese. Venetians could be used to represent the Italian merchant republics and differenciate them from the more landlocked factions of northern Italy. As for Normans, I think it would have been a better idea to give their name to Sicily because this kingdom was only the tip of the iceberg.

We should have at least got more rustic Welsh bowman editor unit to distinguish them from the English longbowmen unit. There were hardly any new units added, aside from the hero units. 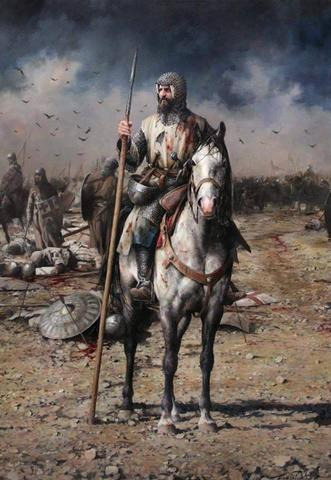 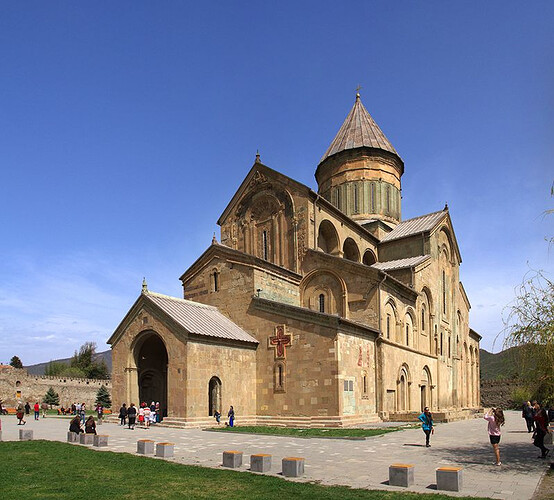 Infantry that has a 2% chance of converting a unit upon hit.

The founding of the Georgian kingdom (vs Turks, Armenians, Persians, Mongols)

This was an old suggestion of mine. Notice how their UT Khevsur armor is now a Sicilian civ bonus lol