Hi guys I have a Idea what if we would have a Revolution Game Mode?

We rarely see them in the game, expect Mexico, Argentina and SA.

What u guys think?

Atleast the 1. should be sure in the game.

Atleast the 1. should be sure in the game.

Thanks, I don’t understand why the developers didn’t add the option in the menu for revolutions to be the maximum age, it would be interesting for almost all game modes.

I come up with a new game mode. Revolution/War in Cities.

Synopsis:
You are a general who has an important decision to make, you will join the revolution or try to crush it before it can start.

Description:
Players would start in a huge city, each player starts in a remote district and has to choose whether to join a revolution or stay as part of the old empire, players will have to conquer the districts to guarantee resources and units, all shipments of the metropolis are to get structures, resources or units and maybe some improvements for the economy.

The characteristics would be the following.

Clarification:
In the case of the base statistics of the three units, I don’t know how much health and damage they should have, perhaps it would be prudent for the units to have 150/200 health and 15/20 damage, but I leave it to the discretion of the developers or the Modders.

The special unit depends on the Civilization/Revolution.
Special Units: Examples:

Chile: Hussar of death.
In some cases special units are simply a variant of the original unit, but with improved base stats, for example the normal Hussar might have 200 health and 20 base damage, while the Death Hussar would have 300 health and 30 base damage.

Spain: Conqueror.
In other cases the unit is a mounted variant of an existing unit, in this case it is the musketeer, the Spanish conqueror would follow the same previous rule being an improved version of the musketeer but would also have more movement speed thanks to being mounted on a horse (same speed as a Hussar)

Argentina: Mounted Granadero.
In this specific case, the Mounted Granadero would be an anti-infantry unit similar to the guerrilla, but unlike the previous units, thanks to its area damage, it would have to have the same statistics as a normal guerrilla, let’s say that a guerrilla has 200 health and 20 base damage, the Mounted Granadero would have to have 200 health and 20 base damage, it would have the same speed as a Hussar because it is mounted on horseback and its area damage would be x2.50, as it is a unit that deals siege damage is one of the few units capable of attacking castles and walls.

Clarification:
No special units replace basic units, all special units are able to promote up to 100% health and damage, plus they can all be healed with war surgeons and medical camps.

It is possible to play with civilizations that do not have a revolution, in these cases the units of these civilizations have to be the units equivalent to Musketeer, Guerrilla, Hussar, artillery and ships would follow the same previous rule.

Map:
the structure of the map does not necessarily have to be grid, it can have different shapes depending on the city.
On the coastal city maps the only ships that can be built are the caravel and the monitor or their equivalents from other civilizations (Asians, Africans, indigenous, etc.)

Notes:
It is always possible to add more units, but I wanted to keep it as simple as possible.

The characteristics should be able to be modified from the menu for greater freedom of the player, for example, the maximum population of units, the limit of settlers, the limit of the artillery, etc.

My idea or the topic author’s?

Assuming you mean my idea.
Thanks, I tried to keep it as simple as possible, but I wanted to expand the idea a bit more, for example, initially I had not taken into account sea maps or civilizations that do not have their own revolution in the game, so I added more features to try to implement ships and civilizations like Japan, China, etc.

Although technically the rules about a civilization that does not have a revolution of its own is basically to assume that we are a revolution and have a different special unit.

Hopefully the Modders or Developers like my idea and end up implementing it as a game mode. 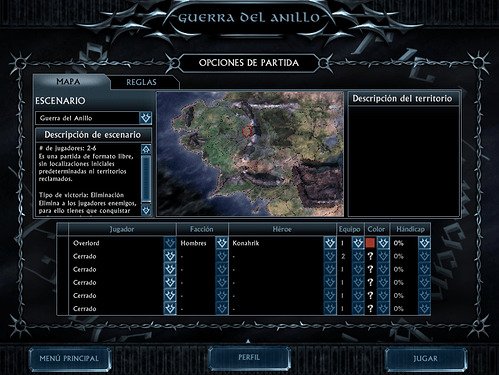 Capital city:
Capital cities would have a fairly large initial amount of resources, attacking them without enough territories and resources would be suicide.

Simplification:
To give us a better idea of what a city would look like in the game, think about some of the historical maps. 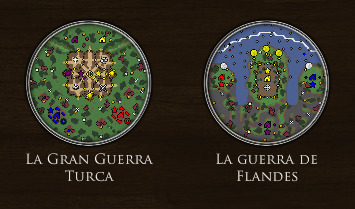 Defense Posts:
Defense Posts are a defensive structure that have a fortress in the center to maximize their defensive capabilities.

Simplification:
To give us a clearer idea of what a defense post would look like, think of the map of Italy. 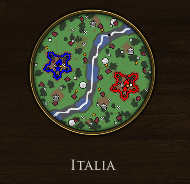 Notes:
This could be a good excuse for them to add more maps to the base game and perhaps add new minor civilizations.

There are more features that can be added, for example, a turn limit, a treaty time, etc. But what characteristics would you guys add?