Dakota is structurally different from Lakota. They may share some commonalities and a few loan words, but they are intrinsically different languages. It’s not a matter of mere accent, it’s literally a different language.
And Nakoda - Assiniboine - it’s about as far from the root Siouan languages as you can get. Claiming they share a language is like claiming German is understandable by English speakers because they’re both Germanic languages.

“Claiming German is understandable by English speakers because they’re both Germanic languages” Correct, they are germanic languages and have the same roots. In English the declensions fell off while in German they remained. I have a hard time understanding Russian but my language is off the slav group of languages. So that is linguistics for you my lady.

Yeah, and they’re not intelligible between each other. Or should we get rid of the Dutch because they’re so close to the Germans in the game? Should we get rid of the English? Three civs within the same language family seems like overkill.
I wasn’t kidding when I said Dakota and Lakota are about as mutually intelligible as Portuguese and Spanish, and Nakoda is about as intelligible with those two as German is.
North America is a huge place. Athabaskan languages exist both in Alaska and Mexico, but those two groups are nowhere near mutually intelligible with each other.
Europe is tiny. Languages in similar language families will remain somewhat intelligible with each other because they’re close by - North America does not have this feature. The Siouan language family alone takes up an area larger than Europe, and I promise you that I, as someone who understands general Lakota, will not understand northern Plains Cree anymore than I’ll understand southern Kansa*, and yet all three languages are Siouan.

Im sorry but he is correct, Dakota is from the same language family as Lakota and also closely related to it.

Also Im quite interessted in Native history, how many of those peace pipes would be made in say, a year?

Also how would they be a booming civilization? How was Dakota society build up? Is it like similar to Iroqouis? (ofcourse not longhouses, but like having towns and cities and argiculture)

Not many. An actual peace pipe from the quarry is rare and worth a lot.
They’re farmers. Agricultural people. Hidden, basically. IMO a fun way to take them would be a stealthy form of turtling, if that’s even possible. The Dakota tended to avoid all-out conflict but were definitely fierce when defending their land. Some tribes never lost their land and their reservations today are on the land their ancestors fought on.
Granted, they still had their buffalo hunts - all people of the Oceti Sakowin did some buffalo hunting to an extent, so the Dakota weren’t entirely a woodland people, but they spent a significant amount of time in their forests. Basically they’d hunt buffalo whenever they showed up near their forest edges.

I dont have internet right now only my bundle and I saw about it in a video, so when I come home I can rewatch it. Maybe I missunderstood it, but again, ill look at it at home.

Thats why renaming the civ as Lakota was a wrong move because 5 centuries ago Sioux were a very different thing that they are now. More united in my opinion and their dialects i believe was more mutualy understandable . And no, Dutch and English are different languages. As i said - them and the German language have declensions for the nouns and conjugations for the verbs. And plus dutch has a strong nasal way of speaking which distiguishes it quite from the english and the german. But u are making a logical fallacy over here anyway miss Ana because im talking about dialects of a language and u are throwing me derivatives of an ancient language which are two different things. If we go by your logic - there would be indo-european civ and nothing more - which is false. Almost every european language has derived from the indo-european pra-form. What differentiates a nation is how their speach developed through history. Language and culture are the two things that mark a nation as a separate entity. English and Germans have quite different culture - i am still yet to hear about the famous English sausage - while the Germans are well known for their sausages, wursts and what not. Its just one example. And to @TouchierFiend53 i made a post about my idea about the Mayans - its further above -and @AllegedSpy95956 threw even more interesting ideas of what a mayan civ should look like. Check them out. And about the Maya warfare and the sacrifice thing - they were obsessed with that.

But lets not clutter the thread with linguistics, we should make a different one if u want to talk languages

Oh boy how ignorant you are.
Holy Roman empire WAS unified nation- not as say France but it was unified. Its authority was quite strong as well. It is misconception that HRE was NEVER united. Sure it had time of weakness when central power was broken but there was time when HRE’s authority was strong like any other monarch.
Also even if we go by Prussian time- Prussia was unified nation and was the one to create unified German Empire in the future. So your saying how it was broken into smaller nation dose NOT make sence.
As for Hausa? It still was a KINGDOM. NOT A CITY STATE. Sure there were many kingdoms but the fact that it was still called kingdom shows that they controlled many cities not just one. Did Mayans ever controlled more than one cities for a long time?

I think ive been misunderstood. About the Hausa - i never said in my post that they didnt call themselves “a kingdom”. I said “there were 7 city states” but never said how their leaders named themseves - wether despots or dukes or kings. U can proclaim yourself a king of your own yard if u want. As for the HRE i never said that HRE was never united - i talked about post HRE, and also i never said that Prussia wasnt a unified nation and im well aware that Otto brought the German states into one Reich. And to unify something dont u think it was broken into smaller parts ( states) before Mr Constantine?

But aoe3’s Germany isn’t confederation of Rhine. It is either HRE or Prussia-most likely a Prussia going by the leader and name of capital city. And during there time Germay was united. As for Hausa there seemed to be some sort of confideration thing between these kingdoms Hausa Kingdoms - Wikipedia

Mayans are good idea and I support it.
But please add the Koreans for god sake. They were relevant for the time, stopping the Japanese advance in to China, having the most advanced ship of the era, unique culture and so on.

No thanks, Koreans arent relevant at all. Because Japan got beaten by them in 1592 doesnt warrent them to be added.

To be honest we have enough civs already. Rather see civs from different parts of the world were we havent gotten civs from yet. Examples being Indonesia, Southern, Northern and Central-Southern Africa and maybe some more on South America like Mapuche.

Maybe after all those I would say Korea makes a chance.

I dont know about your studies, but as a historian I tell u that there is no debate on this. Case closed

No thanks, Koreans arent relevant at all. Because Japan got beaten by them in 1592 doesnt warrent them to be added.

oh boy oh boy oh boy.
1592… eh?
Korea wasn’t beaten. it did lost manage lands but we fought them back.
look at here 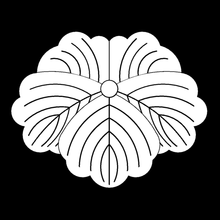 The naval Battle of Chilcheollyang took place on the night of 28 August 1597. It resulted in the destruction of nearly the entire Korean fleet. Prior to the battle, the previous naval commander Yi Sun-sin, had been removed from his post due to a Japanese plot. The less experienced Won Gyun was promoted in Yi's place. Won Gyun set sail for Busan on 17 August with the entire fleet, some 200 ships. The Korean fleet arrived near Busan on 20 August in 1597. As the day was about to end, they met a fo...

you are doing huge disservice to admiral Yi who never lost a single battle.
Sure they lost in the early battle but that is because they got sucker-punched… and because Korean king at the time was a guy who just isn’t suited for warfare.

Where did I say Korea lost?

Also I am just going to assume you are a troll when you say Indonesian civ wasnt relevant even 50% compared to Korea.

also worth noting it was just as much a Chinese as Korean victory, 1 on 1 japan almost certainly would have managed to occupy Korea.

anyhow, this post isn’t about Korea, so lets not talk Korea.

Okey let me get this straight -I’ll give u an example - we have Germans civ right? - Were the Germans united at that period of time - No, because this is post - HRE and we are playing Prussia - under the banner/name - Germans.

while true germans are “pan german” lets not forget that there were quiet a few big german countries within the HRE like the elector-counts of Saxony, Bavaria, Austria and Brandenburg, all with population in the 100s of thousands to couple of millions, there are cities within the HRE rivaling entire mayan states in population.

neither was Hausa and Ethiopea. Sure Ethiopia was “empire” and did kicked Italy’s butt under Menelik II ( which is NOT part of this game’s era as the captial is NOT Addis Ababa nor the leader Menelik II) And Hausa never was big part of world and empire building
Mean while Korea was important at least to Tokugawa Japan. 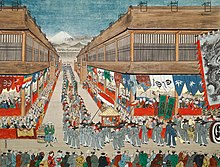 The Joseon Tongsinsa were goodwill missions sent intermittently, at the request of the resident Japanese authority, by Joseon Dynasty Korea to Japan. The Korean noun identifies a specific type of diplomatic delegation and its chief envoys. From the Joseon diplomatic perspective, the formal description of a mission as a tongsinsa signified that relations were largely "normalized," as opposed to missions that were not called tongsinsa. Diplomatic envoys were sent to the Muromachi shogunate and ...

you say Indonesian civ wasnt relevant even 50% compared to Korea.

errm weren’t Indonesia even a thing yet? Kinda like India the concept of Indonesia wasn’t even born until Dutch colonized them and as a reaction came concept of united Indonesia. I am pretty sure there were different sultanates on each of the islands