@AllegedSpy95956 What a hero!!! Can someone give the spy a medal please? Dude, ive done my research on the Mayans to have the audacity to suggest them as a civ in the game but u are surpassing me and putting me to shame ngl

. As for Apocalypto - good movie - but i can bet my left ear that at least 80% of the naysayers here have only watched that one and keep repeating the same arguments. Seriously though - @FelipeKahl and @AllegedSpy95956 - thank you for being here - u are the chads of this thread.

This is all the fault of Mel Gibson’s period movie fables!

And the most curious thing is that for that film they used Mayan people, settings and clothes from their own area (showing that the Mayan culture is still alive even to this day). Even several of the extras spoke the Mayan language because it is their mother tongue 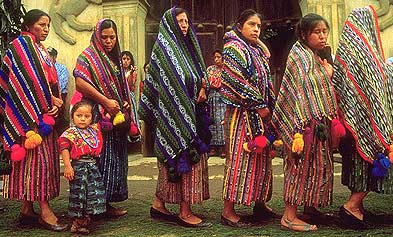 I also mention Mod Age of Empires III: The Native Empires. This Mod will include the Mayan civilization.

I have a lot of faith in this Mod, I have followed his work and it is excellent 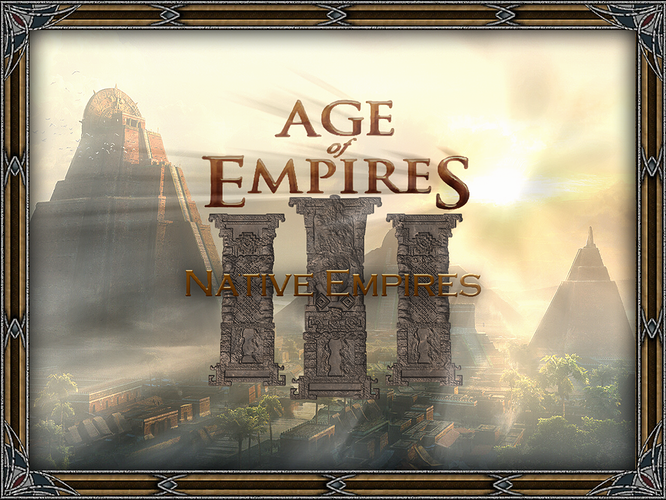 As the original game, The Native Empires will focus on developing the American Indians theme. It will feature new playable native civilizations, as well as new European and minor civs and a whole new African continent to colonize. This mod aims to...

I had seen this poll before, it had been done before the release of The African Royals DLC. The Maya Civilization could be profiled to be the next Native American civilization in AoE3. 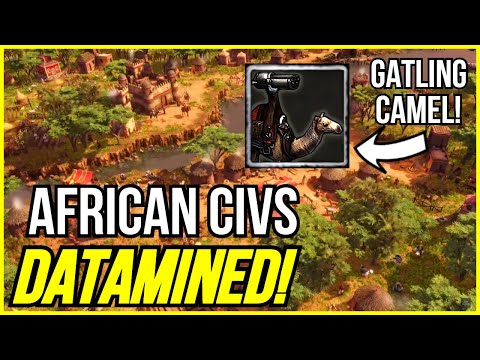 Not! You are the great one, the brave one, for starting this topic! Even more than any topic that tries to advocate the inclusion of an exotic non-European civilization, it immediately becomes a discussion of Austria, for some dark and obscure reason! I myself am afraid to start a thread advocating the entry of a Native American civilization, or an African or Asian civilization, as I am afraid it will become a thread about Austria, or about the inclusion of new European civilizations in the game. , those that have one mechanic or another as a differential, two or three different units, maybe a construction, another combination of the common units for all repeated and one of the 3 European architectural sets. The Mayans are important to the context of the time, as well as some South American natives (it’s amazing that in all of South America in the game there are only Tupis and Caribs, who don’t even have Tupi or Carib architecture, the Mapuches, without Mapuche architecture, and the Incas (the only ones with their own architecture.) The Guaraníes were either not mentioned, or they belong to the Tupis, as they belong to the same linguistic trunk, but they had very different cultures, and contacts with the Jesuits. the Tupi as a playable civilization, as well as the Mapuche, but before them I want to see the Maya, and if the Mapuche and Tupi are never playable, unless their architectures are fixed, as needs to be done with the Turks. As for the Mayans, I find it difficult to create some interesting weapons, like wasp hive catapults, but it would be nice to see something similar to what the warchiefs team did with the Maori catapult. It would also be interesting to see 16th century Mayan architecture, because the game’s Mayan architecture (as well as Apocalypto’s) is largely from the 9th century! If they used the Mayan architecture of the 16th century, the architecture of the Zapotecs would be even more trustworthy, as in that period they had greater similarities, due to their austerity. But the only 16th Fri Mayan architectural element in the game is the pyramid, which is basically in ruins, and for some reason they didn’t use it in Yucatan.

The cultures were almost the same (with the minor differences regarding the enviroment adaptations)
When we talk about the language, the trunk is the same origin and mutually intelligible (again, minor variations) I can hear and understand almost perfectly a tupi-guaraní from brazil in this time, imagine how even more much related was back then when it was the lingua franca of all the south until the caribbean (thats why so many toponyms are in guaraní all over the place)
Why draw a distinction if they are basically the same?
Blame on the portuguese, almost every other tribe has his name but consensually called themselves “guarini” (warriors) but the portuguese explorers find one tribe with one name and begun calling everyotherone the same
For a time they spoke the language too because utility, then the Tratado de Tordesillas marks the start of the Guaranitic Wars, portuguese and some spanish against Jesuits Missions, the ports used the tupi to fight with them, enslave the missions, then betray them and enslave them too, then ban the language, and the name Tupí comesback in the brazilian romanticize ideals of nationalism era (wich is laughably ironic) and that kids is the history of how I met your mother
Returning to the point of the post, yeah, if we are not getting a full Maya Civ, at least a full upgrade to all native-american minor civs is needed

Returning to the point of the post, yeah, if we are not getting a full Maya Civ, at least a full upgrade to all native-american minor civs is needed

would love to see that, any ideas for upgrades to them?

I see this suggestion in other post (or is like it);
Automatically train one unit (or units) available, like japan dojo, the diference is, upon build of the TP it drops their first unit(s) instantly, that should incentivate build in a minor civ with many units or at least one strong unit
Can still train them at their normal cost but you get a free unit every once in a while for just having the TP (not so slow, not to fast)

I don’t think they add Mayas as a core faction, but they could add a new unit in the native villages, maybe some kind of archer.

More infantry based civs arent needed. We need a fix for aztecs, who have lost their gimmic thanks to incas. Both civs have special dancers while incas have kanchas and the possibility to use llamas on the plaza. Also both civs have a great food eco but incas get it faster and easier.
In my opinion aztecs need a new gimmick or eco bonus. Adding a mayan civ would become this situation worse.
I dont think that other American civ is needed by the moment, we have 4 right now.

Tribes and new units, perhaps, but civilizations would be very strained.

Could easily do more North American Natives, like the Inuit or, my personal favourite that I think should happen, the Iron Confederacy. Basing them around pulling units from the allied nations that make up the Confederacy would be one helluva gameplay loop and pattern to build them around.

But I don’t think the Mayans are something the game should explore - it already has trouble making the two infantry-only civs we do have unique from each other and reasonably balanced. Introducing a third, however good the intention behind the act, would just result in further disbalance. It’d likely end up feeling stale and bring nothing new, and I think that’s largely because of the engine’s limited capabilities when it comes to diversity among unit types.

Please, no. If they are going to ad a new South American Civ, let it be from somewhere other than North America. I agree with you on the Mapuche.

The Mapuche are great and very fascinating but at the same time I like civs that have interacted with more than one civ already in the game. The biggest strength of the Mapuche is that they actually beat the Spanish.

Truth be told, South America is historically much less interesting than North America which served as an arena for a continent-wide battle royale among the French, British, Swedes, Russians, and Spanish along with many powerful Native American and First Nations people including the Aztecs, Iroquois, Lakota and the other civs I suggested.

If they are going to ad a new South American Civ, let it be from somewhere other than North America

How a civ from South America can be one from North America?? Im agree with mapuche but what mechanics they can have?? I think that they would be very similar to Hauds and Lakota

Truth be told, South America is historically much less interesting than North America

I’m pretty sure this comment is because you actually don’t know anything about southamerican history. Southamerican history is actually fascinating, just a little unknown for anglophones maybe because their primary sources are in spanish. Be carefull of being anglophocentrist when you make an estatment, specially when you talk about a continent wich was depredated and their native people erased from ‘oficcial’ history. Sorry, but it’s the anthropologist in me speaking.
Back on topic, I’m also think that if we receive more native american civs, they should be from South America. It’s the american continent with less representation in the game, with the incas as a main civ and mapuche, tupi and incas again as a minor civs.
I would say mapuche, tupi or guarani people could be potentially a mayor civ, and maybe aché, carajá, muisca, tule, lule, diaguita, achuar and/or selk’nam people could be new minor civs.

No? Prior to 1800 the amount of European vs European wars in South America are far less than in North America and the Caribbean.

Cavalry that can slow down enemy units, for example.

No? Prior to 1800 the amount of European vs European wars in South America are far less than in North America and the Caribbean.

I hope I’m not doing Off-Topic but I wanted to make a few comments:

Obviously there are more stories, but I think that will give you some idea of the numbers that were handled in the armies during the time of the conquest.

DUUUUDE, are you talking about the Aché Guayaki that have some extrangely weird similarities with old norse people?

DUUUUDE, are you talking about the Aché Guayaki that have some extrangely weird similarities with old norse people?

hm? where they sea borne pirates or what?

and china, russia, americans, british and french. not to mention japan became bigger in this periode taking the ryukyu islands and Hokkaido.