In the future river and pantanal maps, should be the option to ally with the Payaguaes, the infamous pirates of the Paraguay river
Their unit, jet another weak and slow land archer but when it gets to water the fun beggins, a quick build animation to have a war canoe, much more hp, stealth in water, fast travel and gain resources when destroying a building in shore (enemy ducks and units)

Yes, another guaykuru language to choose

Jivaro as a major civilization would be a good contribution, it is the only native civilization in North and South America to fight against colonial power and win. 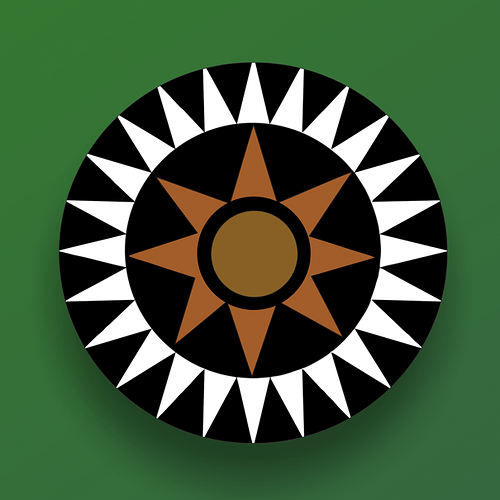 They could also be a civilization that connects directly with “terror” 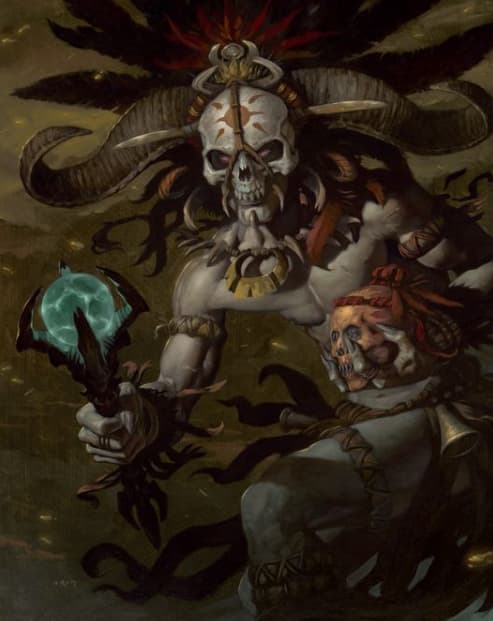 Muisca and Jivaro would be my choices for South America.

Replace minor tribes that are in the wrong location III - Discussion

Although not exactly natives, Maroons would also work there.

Maroons Maroons would be a very efficient to implement minor faction that could fit an extremely broad set of maps. They could also help to fix the most inaccurate placements of minor tribes Location: Caribbean, Hispaniola, Florida, Bayou, Carolina, Yucatan, Panama, Orinoco, Guyanas, and Amazonia They would also fit into a variety of new maps like Mosquito Coast, Mascarenes, Maracaibo, or Liberia Unique Unit: Maroon Guerilla [image] Maroons were communities of escaped slaves who hid in th…

Inuit would also be great for North America.

Inuit Many northern maps are barren and inaccurate and could be improved with new fauna like seals and walruses and a minor faction like the Inuit. Location: Alaska, Yukon, Arctic Territories, Saguenay (Winter Version) New maps like Greenland, Keewatin (split from Dakota and NWT), and Ungava (split from Saguenay) Unique Units: Qamutiik & Kayak Qamutiik (Dogsled) - Light ranged cavalry that boosts the speed of units in formation with it. [image] The speed boost to other units would represe…

Muisca and Jivaro would be my choices for South America.

Thank you very much for your opinions.

I know that there are many native South American civilizations that could fit perfectly as a secondary civilization or even as a major civilization.

I admit that my knowledge about the Jívaros is mainly due to my geography (I was in direct and indirect contact with this people), personal experiences (influence of Blizzard games) and personal tastes (taste for horror and history themes), however , I consider that the Jivaros have enough potential to improve and contribute positively to AoE 3, not only because of their historical achievements but also because they can give more dynamism and variety to the Native American civilizations.

In the same way, I thank you for considering the Jivaros as a minor civilization

In a past post I propose to make a single umbrella semi civ for all the tupí-guaraní speaking tribes extended since the (atlantic) tupinamba until the (pacific) chiriguana, but it is better to focus on their respective strenghts develop in their distinct places

The actual Tupi Archer are good but they need their foot shot (siege damage mode) for early harassmet and a jombya (snail horn) active ability; make a lot of noice while charging (melee)
Also, they now can gather wood (slower than a villager)

Remove the cougar pet and add this

How the TP should look 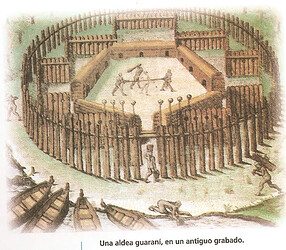 Just focus on the Tamoio Confederation. That should provide enough material for a full fledged civilization.

I was reading trying to figure what could be the better option, and in the begining I though that too, but their time spam is short
When I look at inland, they where rapidly mixing with the colonicers to actually make a only native civ
Then I found it, the ones who stop the colonial grow being a shield to chaco, remain in their captaincy society, adquire guns trading, had many vassals tribes and where the only ones to have a declaration of war by the Spanish Crown and only fell by a modern army until the XIX century (all of this and they didn’t have state goverments) the Chiriguanos
They fought against the Incas, the spanish, the guaykurues, each other, almost eat the Viceroy of Perú and in the Argentina independence they fought for Belgrano
The amount of fight they got is METAL, and I will make a full civ suggestion for them after propose all the guaykurues tribes missing

Guaranis live in Brazil as well, and Quechua (renamed Incas) are also South American. And Caribbeans are also used to represent Arawaks, who live in Brazil.

Agree with both. I’d also add Sakhalin and Kuril Islands maps so there are more places where Ainus could show up.

Kamchatka and Sakhalin could also have Evenkis.

Oh and I’d “promote” Mongols and Tatars to minor civs.

The Toba-qom (third guaykuru)
Maps; Great chaco and river maps
The model is the same as the Charrúas, wears animal skin shirts and use a long spear, with the distinction of the shaved forehead and eyebrowns, also wears necklace of snail shells and hats made of jaguar skin (when full upgrade)
Toba-qom Raider; Slow train and high cost unit, a fast horse raider with long spear reach, can attack with arrows, excepcionally good taking down enemy houses (house, manor house, shrine, torps etc)
Techs
Nomads; reduce the time train of the Toba-qom Raider and allow them to train other raiders (age I)
Women’s bracelet fighting technique; Improve the melee damage of your villagers (age I)
Algarrobo (carob tree) recipes; +Hp to the Toba-Qom Raiders and your villagers (age II)
Shore fishing expertice: Toba-qom Raider generates small amounts of food near water (age III)
Grass burning hunting; (big button age I) the huntable animals runs (as if shot) when the Raiders are near them (yes, the purpose is to steal your enemies hunts)

A Charrúa semi civ should be a hard to make but fun to play
Strong cavalry unit with a long spear with a charge attack to close distance with the shooting enemy, the precedent for that comes from the conquistadors cronica that says;

“dismount and stand your ground come closer to each other and with your horses, shoot only when they are very close and don’t shoot all at once, because if you do, you will not be alive to make another one”

Choose one of the many guaykuru languages and its done

What do you think of this concept for the Charrúas?

Charrúa Stalker: Native rider with the Stealth ability, the Charrúa rode in this peculiar way. 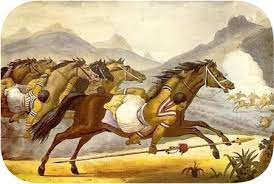 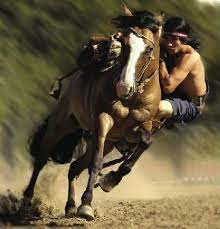 It should also be taken into account that the Charrúa were in direct contact with both the Spanish Empire and the Portuguese Empire.

The exciting parts of history tends to flow towards great empires and conquerors. That’s why civs are decided based on historical relevance and not on equal geographical representation. It’s a game based on imperialism and warfare. We aren’t trying to draft a constitution for a real world federal government with fair representation. The history of South America is a blackhole for most of the world’s educational systems and there is a reason for that.

tl;dr yes to Mapuche, no to Argentina, Brazil and Gran Colombia

Don’t take this the wrong way, but the reality is that civilizations are chosen for company benefits and perhaps with some historical excuse, If Argentina or Brazil guaranteed benefits, they would add them without hesitation.

And what benefit is there to the company for adding Gran Colombia and Argentina? Big AOE3 communities there who would snatch up the DLC based on wanting to choose their home country in a video game?

Charrúa Stalker: Native rider with the Stealth ability, the Charrúa rode in this peculiar way

I understand the logic behind it, and could have some dodge % passive ability to depict it, but the stealth part sounds more for ambushes than for their fierce charges

And what benefit is there to the company for adding Gran Colombia and Argentina?

The same as with the African, US and Mexican civilizations, money.

Big AOE3 communities there who would snatch up the DLC based on wanting to choose their home country in a video game?

I did not know that people only buy civilizations that correspond to their countries.

Out of courtesy, I’m going to ask you to stop diverting the original topic. New Minor Civs for South America

New Minor Civs for South America
I propose that the developers rework the old minor civilizations so that they can compete with the new ones.

I would like to propose new ones, but I think there are people who have proposed all the ones that interest me

What do you think of this concept for the Charrúas?

Oh, I looked them up and they could show up in Patagonia, Gran Chaco, Pampas and Pampas Sierras.

Big AOE3 communities there who would snatch up the DLC based on wanting to choose their home country in a video game?

And why would that be wrong?

I’d also like to see a map based on the Cerrado, with Guaraní natives and maned wolf guardians and pets (as part of treasures, getting them through natives is really weird).

Oh, I looked them up and they could show up in Patagonia, Gran Chaco, Pampas and Pampas Sierras.

Nor can we forget the Tehuelches 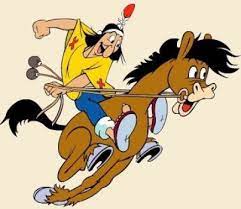 Can’t forget what I didn’t know

Anyway, thank you for the knowledge.

Also, Patagonia and Amazon could probably be split into more maps.

Can’t forget what I didn’t know

Anyway, thank you for the knowledge.

The Tehuelches were legendary in their time, the Portuguese described them as “giants” and they took that reputation for much of the colonial era. They also had a violent war against the Spanish for over 100 years (the Spanish never conquered them). 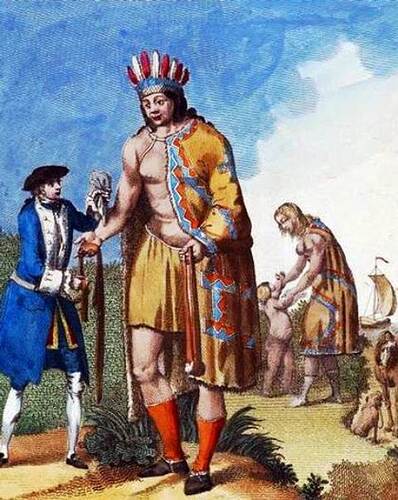 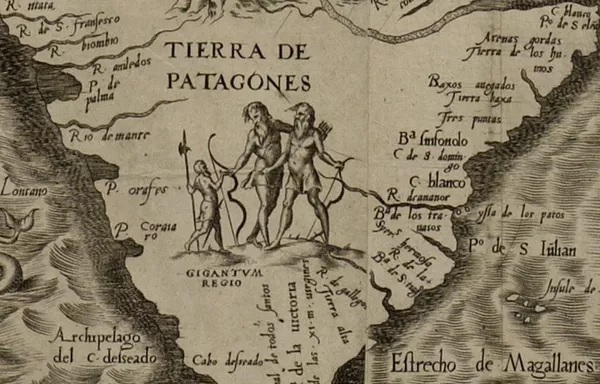 The Tehuelche territory was claimed by the Spanish Empire, but was never conquered. 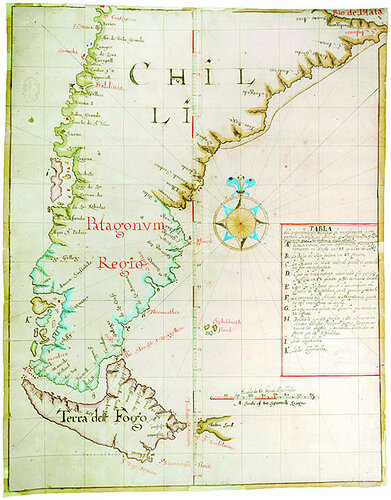