New something for this game (to the creators)

It would be interesting to see African Civs but they would be kind of like Aztecs and Inca I’d think since they lacked cavalry, siege, and warships no?

pretty clear from the pictures we got that they will have cavalry and gunpowder.

Because they shifted the focus on the new world and the Europeans as colonizers.

I think they did plan on making maps like the crim and crete etc maps as they planned Italians and countries like Venice and Genoa colonized those lands.

Why so demanding? We know they are working on it, we have seen screenshots of it, why do you demand they give you more? Are you that impatiant?

Does it really matter if you see one or two more screenshots before they release it?

Yeah historically Egyptians were the only African civ that had cavalry. Incase you didn’t know, there were no Zulus on horseback or even camels. If accuracy isn’t what they’re going for then that’s another story.

that is just so wrong its not even funny. 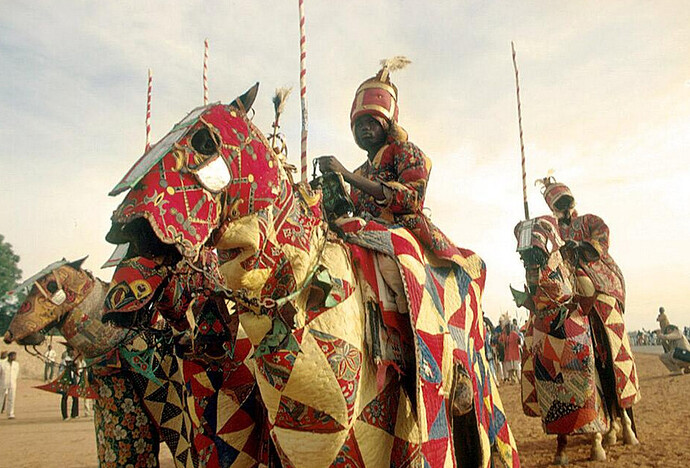 also you know morocco is pretty famous for being light cavalry.

Stop virtue signaling…Africa proper didn’t have cavalry. Don’t pretend to make this into something it’s not. Morocco is a North African country bordering the Atlantic Ocean and Mediterranean Sea, its distinguished by its Berber, Arabian and European cultural influences.

These are the Yan Lifida, heavy cavalry from the Sokoto Caliphate 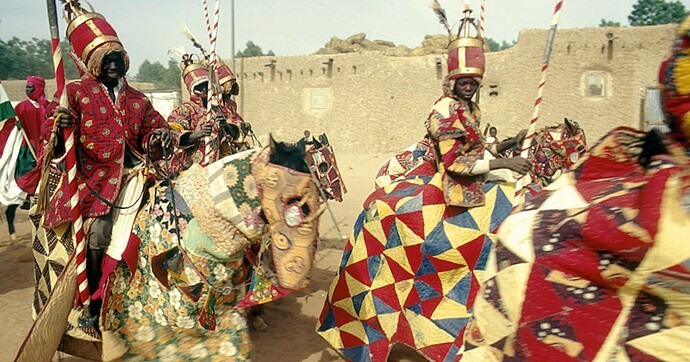 Where is africa proper supposed to be?

Except they aren’t virtue signalling you just seem to be ignorant to the fact that africa had many cavalry based kingdoms. Some examples: Sudan, Kingdom of Oyo, Mossi, Bornu, Songhai, Mali. The notion that Africans are backwards or savages really needs to be retired it’s an old racist colonial notion that needs to die.

A West African Cavalry State: The Kingdom of Oyo on JSTOR

Following an earlier article in this Journal, by Humphrey Fisher, dealing with the role of the horse in the Central Sudan, this article considers the role of ca...

The Armies of Ghana and Songhai

MILITARY ORGANIZATION In mentioning above the numbers of men in, we showed only the size of the imperial forces. The time has come to analyze the structure of these armies, their components, their …

The article you cite points out that horses were scarce and mainly the rich had them for status symbols…even then, they would use them in ceremonies and even sacrifices which is savage by modern standards argue all you want. Also if you pay closer attention, geography played a major role in African civilizations inability to farm therefore stunting progress within Africa. Africa proper does not account for Muslim influenced empires because even within their empires they enslaved Africans from the mainland for labor and contingents in warfare. Most countries in Africa that experienced military prosperity didn’t do so until the emergence of gunpowder which wasn’t really applied with success until the 18th century. Well if we’re talking AOE3 then the timeframe falls in between 15th/16th century to 18th century periods. You guys that ignorant to the fact that with the exception of Egypt and the Gold Coast areas of Africa, the rest of Africa was still predominantly tribal? Have any of you even gone to Africa? Who you calling ignorant? Citing a few small examples and applying that civilization’s success to the rest of the continent doesn’t convince anyone that is actually thinking.

This seems like an absolute waste of time to try to convince you as you don’t want to listen. So we will have to agree to disagree.

mainly the rich had them for status symbols

so like Europe, horses are not a common thing, and would actually first hit their prime in the first world war.

maybe 1% of the population was rich enough to field horses in medevil europe as an example, and while the increased professionalism from the 1600s onwards let the state equip more cavalry, then reality is that cavalry was becoming less and less common in the periode.

You guys that ignorant to the fact that with the exception of Egypt and the Gold Coast areas of Africa, the rest of Africa was still predominantly tribal?

and? most of central europe until the 30 years war was made up of small principalities and citystates. eastern europe had an urban population of maybe 5% in the 1700s.

Citing a few small examples and applying that civilization’s success to the rest of the continent doesn’t convince anyone that is actually thinking.

well since the African DLC is having Hausa with that specific cavalry unit i showed you i dont know what to tell you.

I agree on your last point.