New Units that could be Given to the Original 3 Civilisations: for the Definitive Edition of [Age of Mythology]

Hello fellow players of [Age of Mythology]!
I managed to come up with some new unit ideas that could be given to each of the original 3 civilisations in the game (Greeks, Egyptians and the Norse) if the Definitive Edition for [Age of Mythology] ever becomes a reality and here they are:

(1) Mounted Slinger: A Greek cavalry unit with a ranged attack. They could serve as a human counterpart to the mythic [Cenatur] unit but they won’t be as powerful as the Cenaturs.

(2) Amazon Warrior: If you don’t happen to pick Zeus as your major god, then the Amazon Warriors will serve a similar purpose to the [Myrmidon] as a versatile infantry unit, but they will not be as powerful as them.

The Amazons were female warriors that were mentioned in the Greek mythology and had their importance in the mythology, so I am kinda surprised that the developers did not give the Greeks the Amazon as a trainable unit. I have included a link which is shown below if you want to know more about the Amazons.
(https://world4.eu/the-amazons/)

(3) Harpy: The Harpy will be a flying mythic unit that can attack from the air and can be trained from the [Temple] by choosing Apollo as your minor god. They could attack other units from the air by flinging sharp feathers at them just like with the [Stymphalian Bird].

If you didn’t know, the [Harpy] mythic unit is actually available to the Greeks as a trainable unit in the Nintendo DS game “Age of Empires: Mythologies” (2008). In that game the Harpy has more human features than bird-like features, where they look a lot like a human female but with wings, oversized hands with sharp claws and bird-like legs. When they attack an enemy they will use their claw-feet to rip them to shreds. 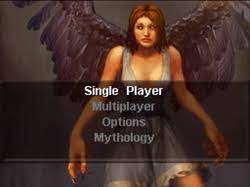 (1) Give them an actual “Khopesh Swordsman” that uses the correct weapon: Except for giving the [Khopesh Swordsman] the real weapon that is referred by this name, the role of these warriors could also be switched out to something else, while their original role can be given to the new [Mace-Axe Warrior] unit that is described below.

The [Khopesh Swordsman] could serve the new role of being a versatile infantry unit with bonus damage against buildings. In addition they could also deal extra damage with their weapon by causing a bleeding effect.

According to a website known as the “Museum Facts” (9 Highly Effective Ancient Egyptian Weapons - Museum Facts) who mentions about a historian by the name of “Paul Elliot”, and he claims that the Mace-Axe was purely an Egyptian weapon, unlike with the Khopesh which was a weapon that the Egyptians adopted from enemy kingdoms. 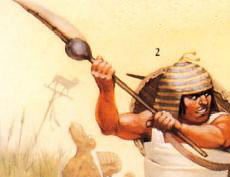 (3) Griffon: The Griffon was a mythic unit that unfortunately did not make it into the original game, which was released 2002, the reason for this was due to the complexity of creating a flying/land hybrid unit. This unit was later added to the game with the “Tale of the Dragon” expansion (2015), however, they are only accessible if using the Scenario Editor.

Because the Griffon was a part of the Egyptian mythology and other mythologies as well, the Griffon could therefore be given to the Egyptians as a flying unit that can attack enemy units from the air.

The weapon that the [Hewing Spearman] unit will use is based on the “Atgeir” also known as the “Mail-Piercer” or “Hewing Spear” which was a type of polearm used during the Viking Age Scandinavia and Norse colonies in the British Isles and Iceland.

The Atgeir is essentially a polearm with a long blade. By possessing a longer blade these weapons could also be used for slashing and not just for thrusting or stabbing. There seems to be two types of variants of this weapon, so I am not entirely sure which one is historically accurate if not actually both of them were used by the Vikings. One of the variants of the “Atgeir” looks just like a spear but with a longer blade while the other variant looks similar to a “Bardiche”, which is a battle-axe-like polearm with Slavic origin. 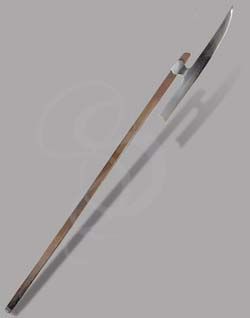 (2) Javelineer or Javelineer Horseman: These fast moving warriors will fulfill the role of an hit-and-run military unit for the Norse.

(3) Shield Maiden: Robust Norse female warriors that can take a lot of punishment before they go down. They will mainly serve a supporting role as tanks where they will soak up the damage from enemy units while your other military units that are at disposal can eliminate them.

If you are curious about the Shield Maidens historically speaking, then I happened to find a post on the internet that has some information of these supposed female warriors. (https://www.asgard.scot/blog/2019/02/did-shieldmaidens-like-vikings-lagertha-and-norsemens-frøya-really-exist)

(4) Lindwurm: A popular motif on runestones especially on the runestones of 11th century Sweden. In Norse mythology Lindwurms or “Linnormr” as they were apparently called in Old Norse are serpent-like dragons with two arms and no legs.

They were usually depicted as wingless dragons as well but their appearance could vary across countries and the stories in which they appear, so in some stories they had wings.

The [Lindwurm] could serve as a new mythic unit that can be trained from the [Temple] after choosing Hel as your minor god. They could start as ground units but later be upgraded to [Winged Lindwurm] that can attack other units from the air, just like with the Chinese [Vermillion Bird] and the Atlantean [Stymphalian Bird].

wow you really put much effort into this post even its “just” basically about 3 units per race/faction. with source/explanation and all. +1 i like your ideas personally. but a question: does definitve editions add new units? doesn’t a new version like AoM2 would do this? or do you expect some kind of big patch/add on for a definitve edition release?

my favourite units of those you mentioned are:

the only unit i am not sure about is the griffon and to where it goes. i personally highly recommend and hope for a few changes and shifts of units regarding the first game to make space for new ones and make others a bit stronger and important and others maybe a bit weaker. so that there is acutally space for a griffon unit disregarding the faction at the moment. but this would mean an AoM2 again and not a Definitve Edition i think.

Hello @EverybodysFoo1 !
Thanks a lot for your support concerning the ideas that I have posted above.

When it comes to your question as for whether or not the Definitive Edition adds new units to the game, then the answer is Yes, but it seems that most of these new units can only be accessed through purchasing the respective new dlcs released by Forgotten Empires.

If we take a look at [Age of Empires 3] which is the best example, two of the older civilisations have been given access to a new unit so far in the Definitive Edition updates. Where the Ottomans can send an infantry unit named [Nizam Fusilier] from their Home City and the British can send a card which replaces their [Longbowmen] with [Rangers] instead and they can even be trained from buildings.

3 new mercenaries were added to the game as well, which is the: [Harquebusier], [Napoleon Gun] and [Zouave] that are available to most civilisations in the game, but the [Harquebusier] served as a replacement for a previous mercenary called the [Hackapell] which became a regular cavalry unit for the Swedes, so the other 2 mercenaries are completely new.

And finally a couple of new units were also added for the revolutions in the Definitive Edition of [Age of Empires 3]. Plus the Native American civilisations can train the [Captured Mortar] through researching the [Gun Running] technology.

As for these unit ideas that I have come up with, I want them to be added in a Definitive Edition patch for [Age of Mythology] and not through dlcs. The reason as for why I came up with these unit ideas are not only for the sake of including certain unique things that have been left out for these civilisations but also to even out the playing field, because I find it to be a bit unfair that only the Chinese and the Atlanteans can train flying units from a conventional building that can attack other units from the air.

(Edit: I just checked out the Egyptian civilisation and it seems that they already have a flying unit that can attack from the air which is the [Phoenix] so maybe they don’t need the Griffon after all.)

I wanted to add some further details for some of the units that I described in my original post above as to how they would function, but it seems that I have run out time to edit my post. Therefore, I will describe these details in this separate comment.

I managed to find two other sketches that depicts the Egyptian Mace-Axe: 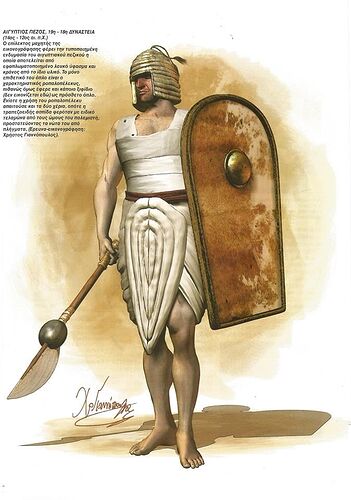 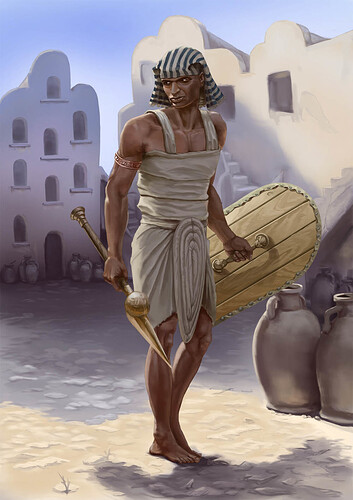 IRC, there aren’t recorded mounted slingers on history, only slingers that fought as mounted infantry (so they dismount to fight). That, and Empire Earth that have them.