No gatling camel in palace as Hausa 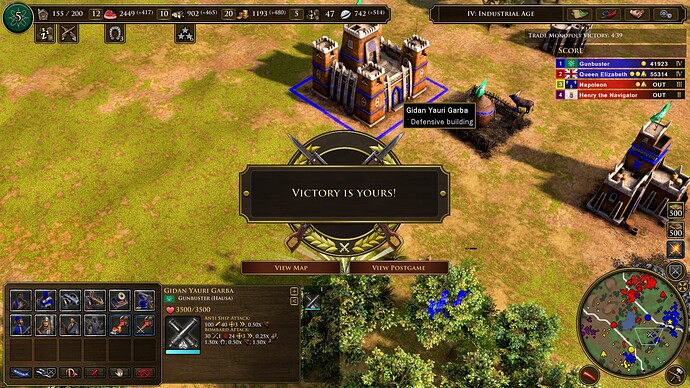 [Updated]
There was indeed an issue where the Hausa Tech Tree was displaying the Gatling Camel as a Palace unit as Ippert commented below.
Gatling Camels can also be a random mercenary unit of the map. If this is the case, then they will be obtainable from the Palace.

[Previous Response]
Hi there @kfli716, you will need to select the Arab Alliance when Advancing to Age V to gain the Arab Units tech which includes the Gatling Camel. Hope this helps!

Hi @Breadalus , thank your for your quick response. I see what you mean but I still think there is a problem with it.

The Arab alliance you mentioned is only available for the Ethiopian, it really works. But for Hausa, none of its alliance unlocks the Gatling Camel. On the other hand, the tech tree in the game shows that it is a standard unit of Hausa and not an unlockable unit. I am confused if the unit is bugged or if the tech tree is incorrect.

Someone on steam also mentioned this problem, it is at the bottom of the first thread:

Considerations about The African Royals. :: Age of Empires III: Definitive...

First, it's important to note two things about The African Royals: - The maps that came in this DLC cover only Central Africa up, Congo, Angola, Mozambique, Madagascar, South Africa, Namibia there is absolutely nothing about these regions. This can...

Hi @kfli716, you’re correct here! The Gatling Camel should be removed from the Hausa technology tree (we’re tracking this issue). And only the Ethiopians can unlock it by aging up with the Arabs.

Hi, @Ippert. I see, thanks for your quick response again. The new African civilizations are really interesting and innovative, thank you for you guys’ effort.

I can see the issue clearly now; as you stated you were using Hausa.