After November 17th 2021 patch update, the Hotkeys of market and hotkeys of custom language UI mod stopped working. subscribing to UI mod never had issue in the last 1.5 years since release, after this patch its giving this error message and ONLY appears when subscribed to the following custom UI mods. (possibly to do with strings or json files)

the two mods linked above, that has json/strings editing is giving the error windows on game start up, they carry the same files, just different hotkeys. 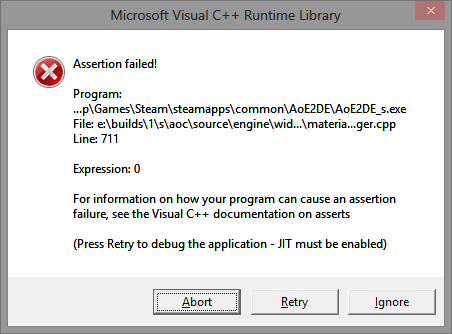 How often does the issue occur? CHOSE ONE; DELETE THE REST!
everytime when game starts, 100% of the time

no error message, and hotkeys portion of the mod works like it has been for last year and half.

Hey @thieftdp8498 , thanks a lot for this report!
We are now tracking the issue.
Hope youll have a nice day.