I just noticed that this page is finally fully functional. You can find any player (not only first 100 or 200), check the stats and it is all presented in a very nice way.
Great job devs! Really, really nice to have it

Here is the link:

Or a quick screenshot for the lazy ones:

If I may suggest a small improvements for the Leaderboard:

It probably even has sensitivity of letters in caps.
You have to write your username EXACTLY as it is.

Typing the name of a player including type case is really hard, even more since in game fonts are often all in caps (small and big caps). 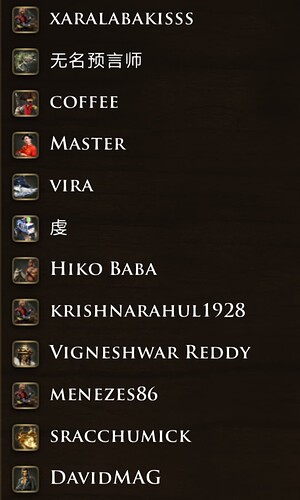 It’s pretty annonying and really hard to use in that way. Could the case sensitive filter be removed ?
Thanks!

Thanks for your reports! We are now tracking the issue with the case sensitive/part of their name, and the issue for finding a specific page

For everyone to see my embarrassing level …? Just leave it like that. XD

Also, can the rank menus in-game have the same definition of Rank and ELO ? In French it’s “Classement” and “Classement”… Which doesn’t help.

Another thing : in the recent players met-tab, there could be a row with the ELO (picking the one according to the game mode we had (1v1, team, etc). That would be very nice !

Damn the more I think the more I wish I could have my own hands working on it lol. So many things to fix everywhere. However it makes me and my teammates laught every time we play.

I kind of miss the AOE TAD even with cheater and OOS.