Onagers cannot target trees that have been chopped, but aren't stumps

DESCRIBE THE ISSUE IN DETAIL (below). LIMIT TO ONE BUG PER THREAD.
When a villager chops a tree, so that it changes to the state with the tree chopped and on the ground, you cannot target the tree with an onager. When the tree is not chopped at all, you can target it normally. Using attack ground near or on the chopped tree will cut it fully, the way it would if you fired on a normal tree. I’ve just tested this better, and it only occurs with onagers, not siege onagers. Hopefully that makes sense.

I don’t normally use onagers, or I don’t cut trees with them, but when I do, I have always encountered this issue if I try and target partly chopped trees.

Onagers should be able to fire on and cut felled trees, the way that siege onagers can.

ALWAYS attach a PICTURE (.jpg, .png, .gif) or VIDEO (.mp4, YouTube link) that highlights the problem.
My testing scenario, with the trees at front chopped, and onager, and a siege onager: 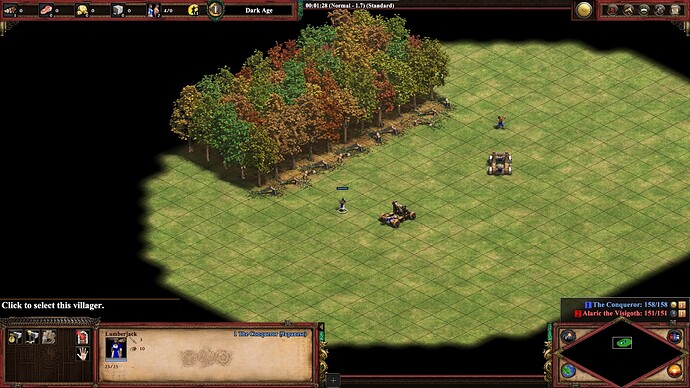 image1920×1080 308 KB
My testing with an onager. The bit of chopped trees was where I attacked a tree that was fully standing. Currently, even though you can’t see it, I’m telling the onager to attack the chopped tree. It flashes the green light around the tile and stuff like it will attack, but it never fires any shots: 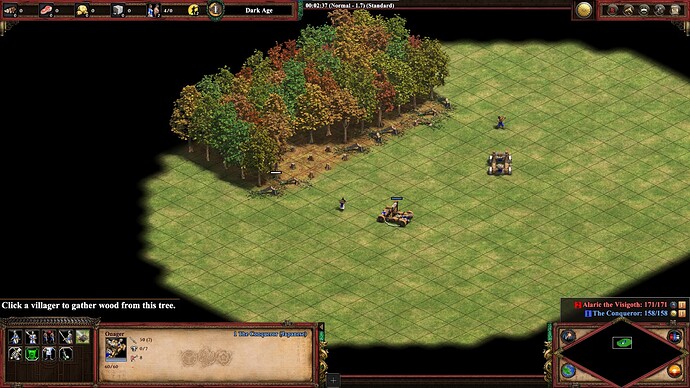 image1920×1080 311 KB
This is with the siege onager having fired, where I found that this issue does not occur: 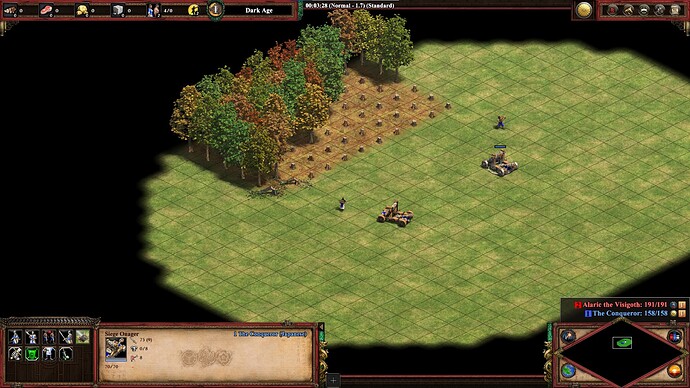 Hey @TheConqueror753
thanks a lot for this report, we are now tracking the issue.
Have a nice day!