Do you think Hausa Tower Rush is OP? Think again!! 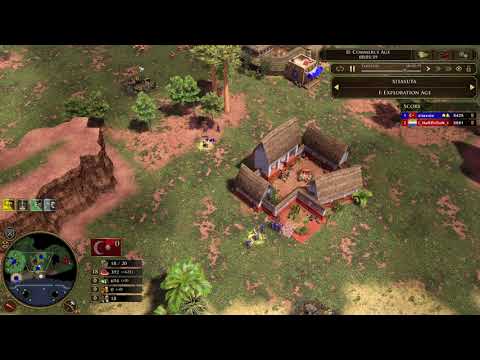 ps: Now you can finally give the African Civs a taste of their own medicine

Lol you really like fiddling with ottoman. Yeah, the whole cloning thing is a little too good.

thats when i cry and press alt f4, and not say GG xD

seems about right… nothing you can do at that point

I actually think that the problem here is that card that gives you wood. It has been abused before to get super early Otto Fusiliers

Is this getting nerfed in the next patch?

If I remember correctly Yoruba Riders are getting nerfed.

it think they will cost more and training time will be longer too.

Thanks, will try this out for sure, looks fun.

Just need the rush dev to do these rushes to the other devs when they playtest so they will immediately release a hotfix for it.

I don’t understand why devs love 4.5 speed musk with ranged rumor so much … can’t stop creating such units

i think we both know which will get the nerf I liked the days when minor natives played a support roll rather than being mandatory to win. Why make musks with 150hp when you can get a well rounded army with infantry that have 220hp.

Why make musks with 150hp when you can get a well rounded army with infantry that have 220hp.

Because you have limited numbers so it makes sense for these (more expensive even) units to be more elite in comparison?