Out of sync error during multiplayer using crossover for Mac

DESCRIBE THE ISSUE IN DETAIL (below). LIMIT TO ONE BUG PER THREAD.
Whenever I try to play a Multiplayer game at the loading screen I see my town center and villagers, then I get an ‘out of sync’ message. The game works fine for single player.

How often does the issue occur? CHOSE ONE; DELETE THE REST!
100% of the time

What was SUPPOSED to happen if the bug you encountered were not present?
The game is supposed to start and supposed to be able to play a multiplayer game

You are incorrect. AOE 2 DE runs fine, and AOE 3 DE also runs fine except it fails multiplayer with an out of sync error because it requires slightly different dll files to run. It would be nice if they made tweaks to allow apple M1 devices to run the game, I’m sure they want to sell more copies of the game and M1 owners I think would love to play.

Also, no idea what you are talking about not filling out the form correctly, I did fill it out correctly as far as I can tell.

I just told you what Crossover ITSELF states on its website.

So crossover agrees that it doesn’t work. So what? We already know that. That is kind of the entire point of making this post, so the AOE3 devs make it compatible.

This is Microsoft. You think they care about Mac users ?
Mac is not for gaming

They do care about Mac users, they even made bootcamp available to run on Macs. I think they care about money. If they can allow the game to run on M1 macs, they will have X number of additional sales.

Hey guys - same issue here. M1 has some weird flickering issues (in fog of war), but the main concern is the Out of Sync for me as well during multiplayer.

Btw. this happens on Crossover, Porting Kit and Parallels (essentially all the top solutions for M1 Windows virtualization). Hoping for a solution.

Hi all, is there an update on this bug?

Does AOE 2 DE multiplayer work on parallels? I’d love to play it on an M1 Imac.

I’m sorry for the late reply. Please check this site if you have not visited it yet: 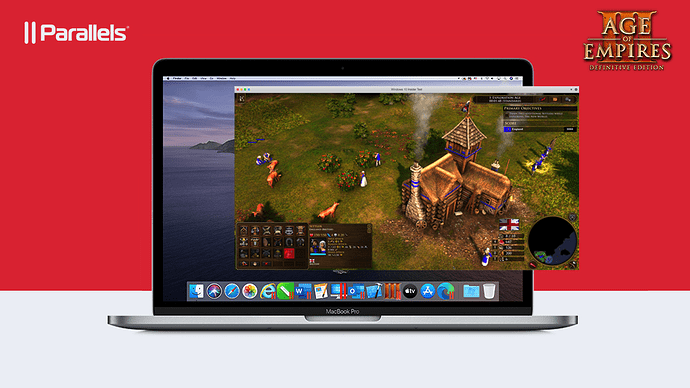 Run the new Age of Empires III DE on a Mac with Parallels Desktop - Age of...

Age of Empires III: Definitive Edition is finally available to the world: providing 15-year veterans with a remastered look at the newest title in the Age 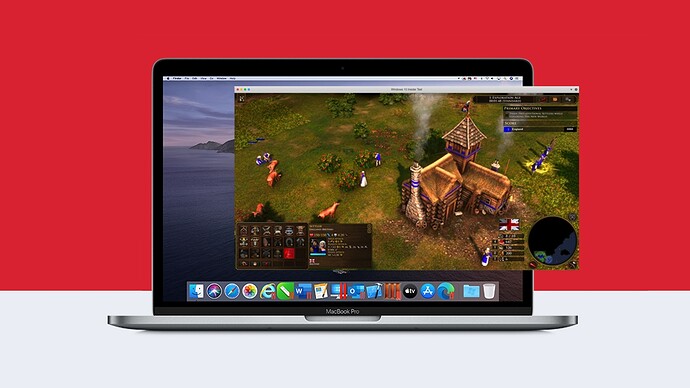 How to run one of the most beloved real-time strategy franchises Age of Empires 3 on a Mac with Parallels Desktop for Mac. Learn more:

If after trying the game still present issues, please contact with support:

Thank you for your report, have a nice day!

Hi all! This guide worked for me. Was really trying a lot of options to get this to work via crossover on my M1 MacBook. Age of Empires 2: Definitive Edition on MacOS using Crossover - YouTube

it now works under Parallels but not with Crossover

Does an M1 (NOT intel chip) Mac multiplayer work under parallels?

Please check this site if you have not visited it yet:

This is for an intel based chip, Apple is moving to M1 and M1 is much better, any solution for an M1 chip yet?