Unit pathing acts as if buildings are still there when a converted building is deleted. Units take long paths around instead of walking directly through where deleted building was.

Pathing should act normally as if no building is there. 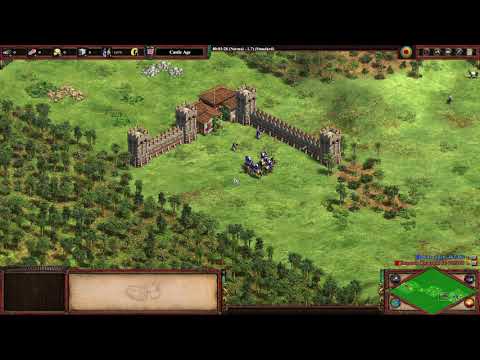 This also happens with converted gates in campaign missions when they are either converted while locked or converted from a non-allied faction. The pathfinding considers the gates as impassable, even after deleting them. This makes certain missions such as Kyoto or Dos Pilas almost unplayable.

I also had this bug on Hautevil 3. Destroyed the pruple dock in the walled city in northeast of map. So I was thinking I could hop back into my transports, that can be where the dock was. But they refused to and went somewhere else (assuming dock still being there they would have been correct)… lost a couple of cav to these op 7/10 healing units .-.

Exactly what I’m experiencing now. Wonder how they make new bugs after patches even though the bugs are not related to patches.

This also happens with bridges on the Tarig 1 campaign. I can also confirm the gate issue on Dos Pilas. It appears that if you have your units close enough to the former gate location they will move through it but only if you click just past it otherwise they treat it as a wall. The AI also treat it as impassable as well.

Happened with me on Cyprus yesterday. Very annoying.

Same problem. Ivaylo level 3 is almost unplayable. Units don’t want to leave the city in the north of the map, even after the gates are destroyed. They don’t want to pass through the gates.