Basically, a trash infantry unit armed with a pitch fork that only costs food with a small bonus damage vs cavalry. They are affected by blacksmith upgrades. Slightly stronger than a Villager, and costs 35 food like a Spearman. A new, pure cannon fodder unit. Scout only cost food. Where as Spearman Units cost food and wood. Sometimes, you won’t have the wood to spare to counter a scout rush with spearmen, but least you now get Peasant Militia to help.

Weakness… everything. Will narrowly beat a Villager. Can’t be made in Dark Age.

If somehow breaks the game. Just make it clickable button in a lobby. 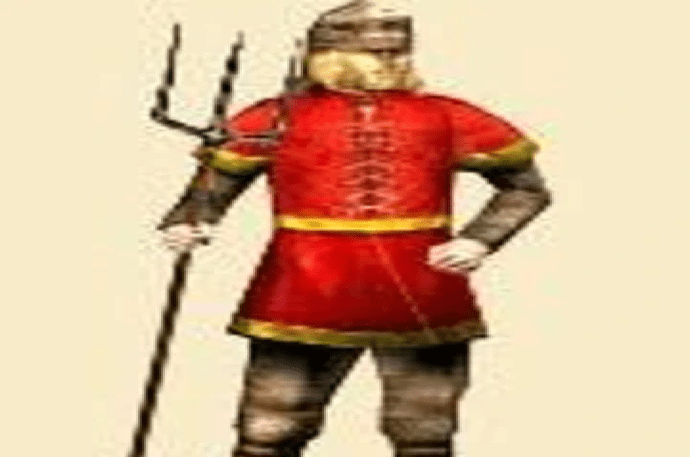 Looks nice. Would it be created in the castle, town center, barracks?

Purely redundant since it’s, well, a spear. Normal spears are already super weak to everything, lose 1v1 to villager in feudal age, ect. Not even the no wood cost is relevant, scouts cost so much food you need more farms and thus, wood. So if you somehow don’t have wood for your spears but they have for their farms then too bad for you.

The only way I see this being relevant in any situation(And it would still be a horrible trade for you) is to allow creation of a unit like this directly from the town center so you need no barracks, but it will cost you eco lead quickly because you are idling your TC - in this situation it could be made into a slightly stronger unit than proposed by OP

In the average time a scouts rush reach your base, you already should have enough wood for quick walling, the base already walled or some pikes already patrolling your resources. If not, you are doing something really bad with your start.
Really I always support new content, but in this case even prefer to fight with vils, instead o train this unit…

Maybe if it would be a one-time batch of militias and it has a cooldown. Cost 200F, create instantly 5 Peasent militia fron TC, and 5 minutes of cooldown.

Chance that a thing like that gets implemented is very low though, since the devs don’t tend to change the core mechanics behind the game, with very few exceptions (like the introduction of the Fire Galley and the Demolition Raft, and the removal of Cartography).

Perhaps something for AOE4.

Not so sure about this for AOE, I haven’t ever played rise of nations but does it have an equivalent impact on you to do that there, or is there no option to defend without military? I think turning villagers into militia would be just as bad as losing them to the scout rush in the first place and you might as well just kill the scouts with the villagers in that situation and accept a few losses, scouts aren’t that much stronger than loomed vils you just normally don’t want to fight because you lose some, and militia aren’t much stronger than villagers(unless you mean a new type of militia that is stronger than the standard militia/MAA)

In Rise of Nations you could turn Villagers into Militia. That would be interesting to see in AOE2, as long as you can’t revert them back to Villagers.

did you just invent flemish revolution