I just saw this video below from Age of Empires 2 DE and I got really impressed over the way the castle, towers and some other structures fall. Different from what we see in AOE 1 DE where things look and fell like a box of MMs chocolates falling quickly, the buildings there have weight. The structure take time to fall completely, you can feel it.

I wish Forgotten Wmpires and the new Studio have plans to improve it on the DE of the first game. Maybe slow down the fall around 50%-70% will already make a huge diference.

Take a look below (I assume the video is official, so there is no problem sharing it)

Death animations of buildings in Age 2 DE are marvelous, but I think they are too slow, for 2 reasons :

I see 2 more problems on the slow speed :

Death animations of buildings in Age 2 DE are marvelous, but I think they are too slow

I think that building collapse speed is quite okay. There should be a toggle for quickly collapsing buildings for competitive play.

I made a Reddit thread about this. Cysion answered, that building collapse animations are unfinished and will be later made better. 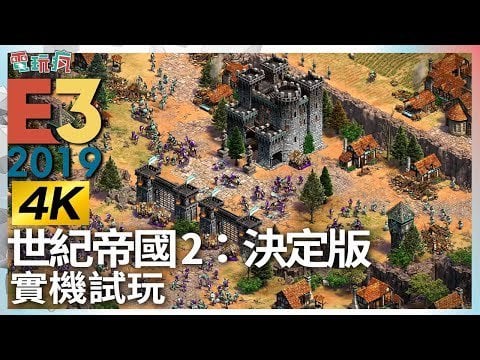 I hope they implement it on AOE 1 DE as well, at least as an option.

Competitive players need to see fastly what is dead

I also wrote in Reddit, that “Some people might find it weird that fire does disappear at start of collapse animation, but I find that it is good because it clearly indicates that building has been destroyed and collapse animation has started.”.
So when a player sees that fire has disappeared from badly damaged building he can immediately consider it destroyed.
Also it appears that units can immediately walk into the area of collapsing building so it is not in the way.

Personally, I do not think it’s necessary. The way the buildings fall is good enough.
I prefer that they improve the construction, something more progressive, instead of seeing a lot of bricks and boards and in the next frame the finished building. For example observe how the Dock is built, it would be good to see that also in other structures, especially the wonders.

That would be cool too, but I think it is hard to implement in this stage. The falling animation will be easier at it was already created. It is just a matter of slowing it down.

I do not think it’s difficult. We already have 3 steps in the construction of a building, in each one more tables and bricks than the previous one. You could replace this with a square structure half done, for houses.