I was curious to see how the average Elo of players was changing over time (as well as more generally the number of unique players and number of games being played). It resulted in the following graphs. I don’t really have a point here but I found it interesting so thought I’d share encase anyone else did.

For reference graphs are calculated by creating a sliding +/- 10 day window around each day for the 1v1 RM ladder calculating (1) the total number of games played in this window, (2) The average of each players average elo rating for all matches that fall within the window, (3) the number of unique players that played within the window. 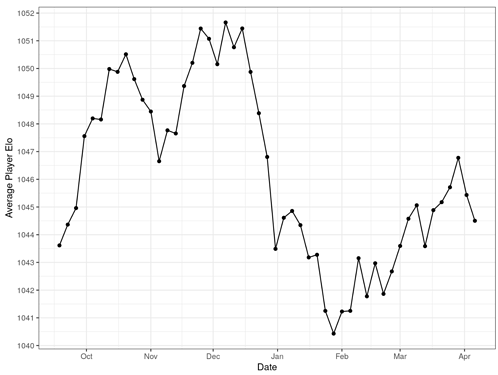 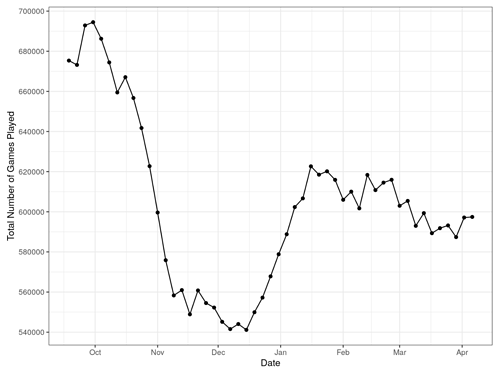 Number of Unique Players Over Time 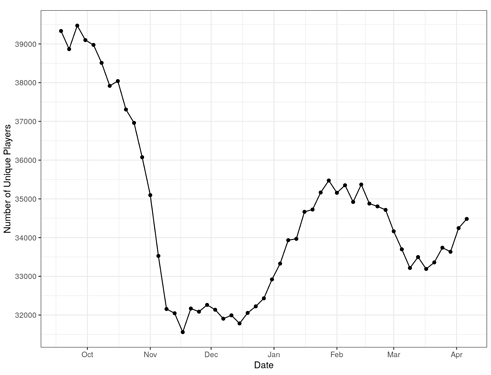 EDIT: Added clarifications on how graphs were derived.

Are these graphs for 1v1 only? At least that would be my guess based on the average elo?
If yes: Do you also have data for TGs?

Yes they are 1v1, edited the post to clarify this sorry. I do have the data for team games. Can post that as well in a bit.