So you actually think they make those games just for fun and as a donation to the community ?
Each company within Microsoft is its own entity, they all work towards making profit.

Microtransaction is great guys, they did it on SC2 and it was a success (a second youth), but it’s good only if it don’t become a pay to win (like AoEO).

As long as it is cosmetic, then I don’t care!
As long as the civilizations are free!

This is what they hsould have done for AoE4, only make 1 civ available in multiplayer, the rest you have to buy or earn thru experience points. Add skins and visual stuff on top which one can buy and make the game free instead.

This sounds horrible. Especially for a 60$ game.
If Aoe IV was free i’d understand a little.
But even DOTA 2 has every hero available.

They made it so they could sell the game for 60$ per copy.
Including Gamepass subscriptions and future DLC.

Why are you making it sound like the game is free?

In general I’m against any microtransactions. I much more prefer normal expansions that were released for AoE series - from Rise of Rome to African Royals.
But if having a different support strategy, with smaller content patches like new maps, single civs without campaigns or single historical missions means that is not viable - then yes, cosmetics is THE best place to include microtransactions.

It still would be nice to have a way to earn at least some of them, for dedicated fans, but these are things not related to gameplay so ultimately it doesn’t matter that much. As long as default skins are not terrible- no reason to be outraged like with paid maps splitting the community or even worse - paid gameplay features.

Having to pay to unlock player color changer or treaty option in skirmish is a nightmare scenario.
It’s hard to come up with a modern monetization strategy for a classic RTS game like AoE. I think expansions work fine for them, but also I imagine they have bigger expectations than ones for 2DE and 3DE.

I’ve posted pics of, I think, first skins in AoE series, outside of cosmetics in AoE Online and (recent) event mods in AoE2:DE:

Could something like that be charged for? Well, it wouldn’t be the end of the world. As long as normal skins looks good, and new ones don’t give gameplay advantage or look like crap (with some RGB flashing colours etc lol) I guess it’s ok.
It would be a bummer to haviing stock crossbowman skin and paid, cool skin oif much more detailed verison from some Italian kingdom, but hey as I’ve said- maybe they could tie it with event and challenges. Just like USA civ that was free for people that completed event goals.

why charge? AOE 2 and AOE 3 are doing ti as events, keep them as it is. They can release DLCs and Expansion but not MTX. USD 60, DLC, Expacs and on top of MTX? no thanks. You give an inch, they takes a mile, cosmetics should be earned via playing game, not by paying money again.

Because they want to make more money?

I’m not a Microsoft CEO, nor saying I like microtransactions or they should be introduced to AoE IV. You don’t have to say that to me.
Of course they can just stick to normal expansions. I wrote above what could happen if that was changed and IV was designed to receive smaller content updates.

Instead of releasing something like regional, thematic expansions (Warchiefs, Dawn of the Dukes) they could stretch that content over a longer period of time:

Nobody knows how AoEIV campaigns even look like and certainly it’s not guaranteed they will release new, big campaigns related to civs, like one in 2DE expansions. So I wouldn’t be suprised if support for this game is very different from what we have now.
At least in 2DE.

I think they will take micro transactions to a new level.

The possibilities are endless.

I don’t make it sound like the game is free.
Microtransactions only make sense if it would be free.

And it would make a lot of sense if they would give it away for free with limitations I mentioned (you start with 1 or 2 civs, the rest you need to buy or unlock with experience points which you get thru playing the game).

With AoE2 this would have worked great actually, since you are not that limited with new civilizations. You could have added a new one every month or 2nd month, like heroes in league of legends.

I think they will take micro transactions to a new level.

Is there anything that can suggest that? What gives you this idea, care to share?

“The idea of microtransactions in a real-time strategy game isn’t a thing,” said Isgreen. “DLC, expansions – all of that is things that we’re going to be exploring for Age 4.”
Age of Empires 4 Will Not Feature Microtransactions (ign.com)

Do you guys have any guesses as to what the tuning packs are ?

They were in the settings in lobby in the beta.

People have said it’s a feature from COH.
Its some form of mod support it seems.

To put into perspective this seems to be the level of Tuning pack modding available: 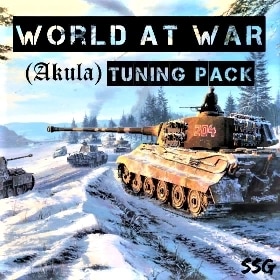 Can’t remember if that was being talked about in any interviews with developers. Can be anything from visual overhauls to game rulesets tailored for specific game modes, tournament play, events.
No idea, sorry.

100% agree.
They going on SC2 path but sc2 died… at least it stopped making money and game was closed.

With aoe4 the story is a little different, they can produce a number of DLCs with new civs.
+2 civ every year.
but with 60$ and let’s say 30$ DLCs the multiplayer will eventually die.
Even SC2 have to make game “free” at some point.

PS And unlike shooters (battlefield5 etc) which can survive with one server and 1000 active players.
RTS need a healthy number of players constantly for searching game.
But the good news they can experiment and redesign if they want.

Uh-oh. This doesn’t place Age of Empires Online on par with the numbered titles of the series. Andy, where are you?

I swear to the gods, if I see a bunch of knights with lightsabers running down archers with M1 garands firing rubber ducks I’m done.

Jokes aside, some cosmetics can be good but only of they’re accurate and not absurdly outlandish. Winged hussars skins for the lancers, sure. Recurve bows for archers, sure. American flag jerseys on landsknechts? Please no.

The only way I’d want skins implemented is if there’s an option to not see them. Imagine how terrible the readability would be.

One of Relic’s other games, Company of Heroes, a WWII RTS, allows for some wacky skins but it lets players check a box for “historical skins only.” So that you don’t see a halloween-themed Tiger tank coming through with blood all over the front of it lol.

I wonder how much money they would have made if AoE2 would have been Free to Play since its release but instead you would have had to buy civilizations individually (or unlock them with experience points you gain thru playing).

In AoE4 that would not work that well since you will NEVER have that many civs.