Hi there;
The game is old and lot’s of mods and voobly features have been created to make the game even better over the years. Maybe we can build on that knowledge on what is good to include for the day of release.

feel free to add stuff we already got and use below.

This is a good idea, take whats in the old game from the mods and transfer them to the new from fan popularity, I think Microsoft needs to take a look at the use of mods on Steam compile a list and have insiders vote and add at launch.

Well, if this is to be even remotely imaginable, there needs to be a lot of work with the modding community, since DE isnt just a revamp of HD, but a lot of new and rewritten!

I don’t know their source code, but even updates can disturb mods! Sounds like a fantastic idea however.

The Small Trees and the Alignment Grid are included in the AoE 2: DE
source: 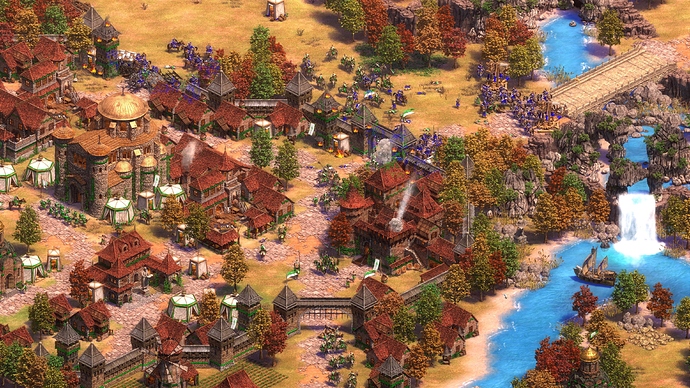 Yes, I have read this aswell! I think they were added by a collab between devs and the modders of those mods? Not sure though.

Yes there are these so called community councils for every DE title and probably for IV too.

That sounds awesome! Thanks for the Info

Good idea dude! However, I don’t think small walls are necesary by the way. I would like my walls to be accurate as they were in the history. Not in a human’s size at least. They would better solve this issue by adding map rotation to the game. Even a 4 angle rotation would work.

I think small trees should be an option in the game without a mod. It’s one of the most downloaded hd mods as it gives you significantly more vision and most importantly you know exactly how many villagers are on that tree line, no hidden / forgotten vills.

The Small Trees and the Alignment Grid are included in the AoE 2: DE source:

I second this motion.

Also, I’m putting together a mock up of the new UI (for myself only - Fan Made) … can someone suggest as to what do you want in the new UI ? Here are a few things on the top of my head right now:

Here is my artstation: https://artstation.com/someab (keep an eye out, I will post some stuff … within the next week)

Isometric 3D map (A isometric map for a isometric game!)

It’s there with the game

normal game speed as fast as in vobbly

you can make that happen…

Someone will make a mod for this eventually…

OK, side note: I’m not in the beta and no one in the beta told me anything about the game so…

@bigbossbro08 If you are talking to me, It is happening. I heard this many times…