The original Age of Empires III received the full Polish language version - which is at a high level.

In Poland this game, it was released on December 1, 2005 by CD Projekt, which is the ordering party for dubbing. This is the first game in the series to be released in the full Polish language version.

The game has two expansions, entitled The WarChiefs (premiere in Poland: December 7, 2006) and The Asian Dynasties (December 12, 2007).

So I would like to ask the creators what is their attitude towards the Polish version of this game. It is a pity to waste such high-quality work. It would be nice to hear Polish dubbing again, but in AoE 3 DE.

Below I will provide a link to the Polish website about Polish dubbing (you can play there excerpts from the voiceover): 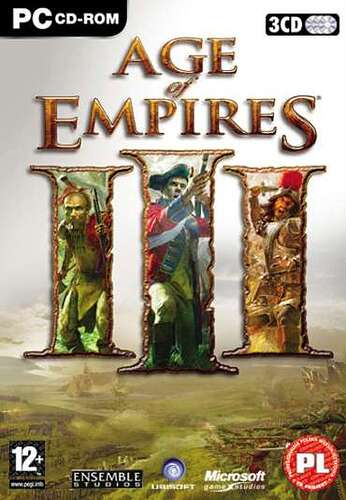 I used to English version very quickly but I agree that it was a big disappointment for me to find out that it won’t be Polish version here. As a kid I played original AoE III in Polish version so expected the same here (in fact, this is a remaster of that game, isn’t it?).

in fact, this is a remaster of that game, isn’t it?

Yes, this is a remaster of that game.

It’s not about the lack of Polish subtitles - I don’t even need them. I miss the Polish dialogues that I remember from my childhood - these are definitely more engaging for me than the original, English ones.

The Polish language version was not a fan mod, but a work done by real professional sound actors.

Of course, if Polish dubbing was added, we would get subtitles with it.

I hope the creators will think about adding the Polish language (from 39 to 48 million speakers of this language).

Its MS. I bought Xbox Series X and now i see how they are spitting on polish players and i feel cheated. Ill prob sell my xbox and Ill go PS5. Also i wanted to buy AOE 4 on steam… No polish subtitles - no buy. Ill w8 till its free.