[Poll] What is the next Update that you would like?

I do not add Incas, Aztecas, Ethiopians and Hausa because they already had their updates.

just reorder decks option. Then think about anything eslse

Haudenosaunee and Lakota priority. Especially in the way they get coins.

Native civs are being focused on first then who knows if Euro and Asian civs receive the same treatment.

USA also had an update?

For me it would be Portugal.

The civ in game representing Portugal, should be called Mediterranean British.

Lakota and Haudenosaunee home city customization + new playable Moroccan civ is what I want next.

A Maori civ would be cool.

i voted germans, mostly so we can bury that old argument about germans that is ragging the forums.

the hauds are probably the absolutely most in need of a rework from a gameplay POV. i dont think any of the other civs have the same level of problems.

You mean that germans should have been two civs: Prussians and Austrians? while that’s true I think that ship has sailed

Haudenosaunee however need the most attention, USA also needed attention but I think they got some in the latest patch.

i know that splitting them up wont happen, what i imagine is maybe a rework to their age up mechanic to work more like the US age up which could provide the ability to represent more of Germany.

No redesign of good and balanced old Europe civs please.

Clearly,
All Asian Civs(Lets not talk about cultural correctness) BUT Specifically,

Haudenosaunee : Coz yeah! they feel very restricted/unable, to do any of the stuffs. Unecessary cultural correctness.

As main Haudenosaunee, I would also like a special update for them.
What I can propose are the following things.
-More cards in Industrial, the only card that is worth it are the French cuirassiers and the 4 field cannons, they need some improvement for farms and estates similar to Terrace Farming.
-They need cards that exchange the wood cost of the units for gold, or failing that, an infinite source of wood.
-They need to add more voices, it is very boring that there is only one type of voice, for that reason I have a mod installed that places the voices of the TAD.
-Redesign of the tribal market, I’m tired that I need urgent coins but I can’t do anything because I’m missing 25 wood … At least make the building free and put at least a couple of improvements available in the market to improve the minus 10% the collection of gold.
-Buff the musket rider, the truth is that the nerf with 5% less armor felt very strong, they no longer serve to neutralize artillery. Add a bigger multiplier against artillery and resistance against cannons.
-Improves the speed of creation of travois with the foundation ceremony, at least 1 sec less per villager.

Redesign of the tribal market, I’m tired that I need urgent coins but I can’t do anything because I’m missing 25 wood … At least make the building free and put at least a couple of improvements available in the market to improve the minus 10% the collection of gold.

i really cant agree with you more here. at least haud starts with wood crates, lakota cant even mine at all without chopping

For Portugal it’s an easy fix.

Change the Explorer for Melee focus, replace dragons cards and buffs for Halberdier cards and buffs, give the organ gun to french or english, and add some arquebuziers like the mercs, and get rid of Mameluks and Corsairs as mercs for Ports, cause that’s atrocious.

Organ Guns would best fit in the game as mercenaries, not a Portuguese unique unit. And giving Portugal Falconets instead of Organ Guns would probably be a buff anyways.

None of the examples of their use mention Portugal at all. It’s mostly French and English with the closest example of its use being Aragon. 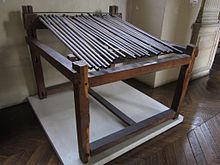 The infernal machine (French: machine infernale) is a homemade 25-barrel volley gun built by Giuseppe Marco Fieschi and used in Fieschi's failed assassination attempt on King Louis Philippe I of France on July 28, 1835. The original gun is now on display at the Musée des Archives Nationales in Paris, France. Described as a "supergun", the infernal machine was designed to fire 25 rifle barrels at the same time. Each barrel was originally believed to have been loaded with eight bullets and twenty ... 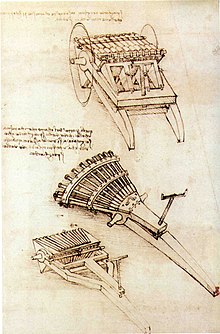 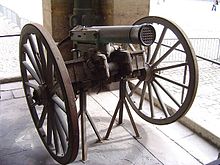 A volley gun is a gun with multiple single-shot barrels that shoot projectiles in volley fire, either simultaneously or in succession. Although capable of unleashing intense firepower, volley guns differ from modern machine guns in that they lack autoloading and automatic fire mechanisms, and therefore their volume of fire is limited by the number of barrels bundled together. In practice, large volley guns were not particularly more useful than a cannon firing canister shot or grapeshot. Since ...

I would love to see a rework for Portugese to be more historical accurate, but I don’t think it will ever happen.

Yeah I agree. I hope something changes to be honest.

I hope the devs will consider it and show some guts to rework a civ that’s already in the game for 16 years.
So if any of the devs will ever read this, please make Portugese more historical accurate, fix what Ensemble Studios did wrong cause you have to power to do it and also organ guns as unique unit doesn’t make any sense at all.